What’s going on this month at the Amazonian Synod in Rome, we need to remember, is not merely about Pope Francis and the struggle with his detractors.

Nor about the regional views of the Amazonian bishops.

Nor even just about the endangered rainforest itself.

Here’s what it’s also about:

Thus the Synod is also a wake-up call to embrace and enact integral ecology on a global scale.

What’s new here is the idea of ensuring that integral ecology (an idea introduced in Laudato Si’ ) becomes a lived reality, not merely a fancy term. And that applies in a global sense, not merely to Amazonia. (Since the document was published in June 2015, numerous initiatives inspired by its words have sprung up, many of them Church-based, while simultaneously many environmental indicators have worsened considerably.)

Integral ecology is, according to one authoritative definition, “successful caring for our common home in its necessary social and material (natural) aspects.” It thus represents a new synthesis in service to both nature and to true human development, as well as a new socio-pastoral dynamic for the Church.

The circumstances of Amazonia are both comprehensive — involving issues around the dignity of human life, territory, and culture — and dire, given the Bolsonaro government’s predilection for viewing the region as simply a treasury to exploit.

In 2013, Francis challenged the Brazilian bishops to see the Amazon as a “litmus test” for the Church and society, adding that the Church is “critical to the area’s future.”

Which means the Church must be for the people, not for itself. Among the 3 million indigenous people in the region, the Church’s presence is diminishing, due to lower numbers of religious men and women.

But this is not a call to the traditional kind of colonialist-style evangelism as the Church deals with the indigenous, the river dwellers, Afro-descendants, mestizos, Andean migrants, and city dwellers who make up the highly diverse face of the region. (See this interview with Sr. Juana Yakelin Vásquez Díaz for an on-the-ground view of the challenges to the region’s future.)

This work will need to be inter-cultural in order to allow these Amazonian peoples to develop an identity of their own, drawing on the spiritual riches of the local cultures and putting missionaries in a secondary role in the process. Given the great distances, the cultural diversity, and the shortage of priests, something more than the usual approaches will be needed — i.e., “brave” proposals, which presuppose courage and passion, as Pope Francis puts it.

A Synod, as Cardinal-designate Michael Czerny, SJ, puts it, is from Greek roots meaning “walking or journeying together,” not only for the bishops in this case but also for all the people of God. It is a walking away from clericalism in order to take action to safeguard a specific part of our great common home. 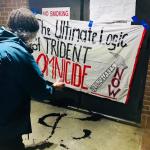 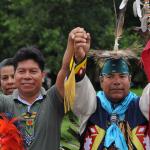