In politics, as in war, there is often only one favorable moment- an opportunity when tantalizing possibilities open up and the very course of history can be diverted in new directions. But these moments, which depend on the convergence of circumstances largely due to mere chance, are fleeting, and must be seized immediately and exploited because they may never occur again.

As a result, in the political arena, radical reform is always a project for the bold and the enterprising.

Perhaps I am mistaken, but I fear, in the depths of my being, that 2016 was our opportunity to reclaim this country- to take it back from a reckless, feckless, and predatory bipartisan elite that is driving us all to ruin.

And the golden chance has passed.

Our corporate masters and the venal courtier class that serves them were uniquely vulnerable this election cycle. And in Bernie Sanders, we had a candidate perfectly positioned to make the most of this political moment, of effecting sweeping positive change, and even, perhaps, at facilitating political reconciliation and healing. His trip to Liberty University, in particular, was akin to Sadat’s journey to Israel- an expedition to the hostile territory of an old adversary in a quest to seek common ground and a new beginning.

But Sanders, the most popular politician in America, isn’t on our ballots today. Instead, we face a choice between a race-baiting, violence-inciting, misogynistic, vulgarian ignoramus (Trump) and a candidate who is both a creature and personification of the current status quo (Clinton).

Given these options, the mere act of voting feels like collaboration with evil.

But evil, like many things in life, is a spectrum: unlike men, all evils are not created equal. As any student of history knows, revolutions can be worse than the ancien régimes they seek to overthrow. Such is the case here. As odious as the status quo represented by Clinton is, the alternative (if it can be called that) offered by Trump is even worse.  A Trump victory vindicates the blood and soil-style politics of white nationalism and the explicit appeal to racism and its attendant anxieties & grievances on which it is based. Trump’s success would bring neither justice nor solidarity. Instead it is the another act in a long-running swindle, because our subjugation is dependent on the continued existence of a racial divide that prevents class unity from emerging.

Here, I am persuaded that a Trump victory will irrevocably close whatever small window of opportunity still remains open for a positive form of populist politics to triumph one day at the ballot box. While remembering that politics can never be salvific, a Clinton victory does not foreclose the possibility of a better common future with the same degree of finality.

For my own part, I go to the polls today as if to a funeral- filled with regret and sorrow at the tragedy of it all.

No more slouching American. Either way, we birth a figurative political beast today. 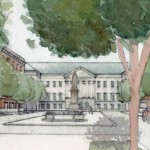 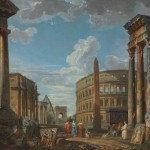 November 11, 2016 Radically Catholic in the Age of Trump
Recent Comments
0 | Leave a Comment
Browse Our Archives
Follow Us!