What I Saw on the Porch

In temporary relief from the ongoing telenovella of our impending national election, we habitues of the Front Porch Republic met up last weekend at the architecture building on the campus of the University of Notre Dame for a daylong celebration of “place, limits, liberty.” These annual shmoozefests are always a delight, given the wonderful mix of temperaments and the high degree of literacy displayed everywhere. Amidst a certain Spenglerian gloom, hilarity is always breaking out, I dunno quite how. Anyway, here’s my Yelp-like review.

Probably the most notable litterateurs in attendance were Rod Dreher (testing out some pre-publication Benedict Option reflections on us), Patrick Deneen (also previewing an excellent-sounding new book—Conserving America?–available later this month) and Bill Kaufmann (who is always as funny/brilliant in person as in print). Of us Solidarity Hall types, New Yorker Susannah Black put in a rare midwestern cameo appearance and Michigander Grace Potts likewise sat in, the two of them not only improving the gender balance but probably raising the group’s average IQ a dozen points or so.

Patrick offered some remarkable observations on the end of the liberal project for American society, including (in this Trumpian moment) the sobering statement, “there is nothing left to conserve,” undoubtedly a major theme of his new book, one which is likely to roil the political waters nicely.

As a natural followon to Patrick’s topic, Rod spoke partly about his experiences encountering various faith-based groups working toward some kind of Benedict-like project and the variety of approaches–social, economic, cultural–we might anticipate therefrom. I think his book will set off its own tidal waves of comment, all to the good.

I also want to mention our host at Notre Dame, Philip Bess, who presented a brilliant and almost Edenic vision of a future Georgist community, grounded in a mix of natural law, Henry George’s land value tax and the best of new urbanism. (The graphic here is taken from his presentation and the website for his larger project is here.)

Attempting to help situate a small video team, I managed to miss most of the doubtless excellent panel on “Populism and Place”, featuring Bill Kauffman, Jeff Taylor and Michael Federici, alas. (But the proceedings were indeed filmed and will be posted in segments on YouTube before long, I understand.)

A final and remarkable panel was that featuring Jason Peters, Andrew Balio and James Matthew Wilson on “Beauty and the Revitalization of Culture.” Too much here to summarize but you should certainly watch the conversation on YouTube when it’s posted.

I myself was part of the “Promoting Local Economies” panel which sounds like something the Rotary Club might host but was actually (in my case, at least) about the virtues of living in anarchist neighborhoods, the possibilities of Brazilian favelas as development models for the way forward, and a few other upsetting suggestions. I understand the American Conservative mag will be posting my thoughts on their New Urbs blog soon. As Mark Shea likes to crack, don’t miss it if you can.

I hope the Dorothean connection here is somewhat apparent–I know Bill Kauffman would argue the case. Fight the power–become a Porcher! 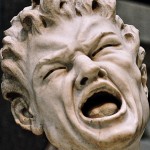 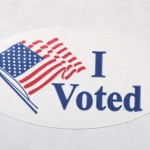 November 8, 2016 An Election Day Lamentation: Mourning a Missed Opportunity
Recent Comments
0 | Leave a Comment
"The silence and clean air are pleasant reminders of what we have lost..Press the reset ..."
Ron Krumpos How to Understand the Great Silence ..."
"Thankfully your generation will die soon"
Rainbow Warrior Where Are the Churches?
"Then, how come the ones that speak up, all condemn facemasks and receiving communion by ..."
Daddy Sockdragger Where Are the Churches?
"Baby boomer Catholics like me just wish black people would go away"
RPlavo . Where Are the Churches?
Browse Our Archives
get the latest from
The Dorothy Option
Sign up for our newsletter
POPULAR AT PATHEOS Catholic
1