Good News: Priest Out as US House Chaplain

Speaker Paul Ryan’s firing of Rev. Patrick J. Conroy, SJ, as chaplain of the US House of Representatives has everyone up in arms, not least his Jesuit brethren. This morning, Fr. Jim Martin, SJ, wrote, “If the reports are correct, and he was forced out because of prayers on behalf of the poor, then he was fired for doing what Jesuits are supposed to do: preaching the Gospel and standing with the marginalized.”

I like Fr. Martin a lot, but I view the firing from a completely different perspective. My question is this: Why the hell is a Catholic priest serving as chaplain to the US House of Representatives in the first place? A Congressional chaplain is a courtier, not a minister of God. The job is to be a flatterer of those in power, not a prophet announcing judgment in their midst. By its very nature the role of chaplain to the US House entails an abandonment of the Gospel and an identification with the powerful over and against the marginalized. Fr. Conroy, who has apparently been ensconced in that sinecure since 2011, should have never taken the job in the first place. And the fact that we’ve only just heard of him now, over some anodyne blessing offered as Congress was preparing to yet again screw the poor and the middle class, means that he’s hardly been acting as a Jesuit Jeremiah on the Hill all this time. Five years into the papacy of Francis and he’s just now angered Paul Ryan, that acolyte of Ayn Rand whose entire political career has been built on injuring as deeply as possible the poor, the elderly, and the sick? I’d like to know why he wasn’t fired long ago.

In my book, Ryan has done Fr. Conroy a favor, and I pray that his replacement isn’t a Catholic at all. A Mormon or a Southern Baptist would be much better suited for a body in which the vast majority of members are adherents to the pagan idolatry of American Exceptionalism. Perhaps Fr. Conroy will now be free to minister to the people who count, those commended to him (and us) in Matthew 25. Early in his priesthood he did work extensively with native Americans and Salvadoran refugees; maybe he can return to that ministry, this time as a penance. 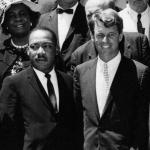 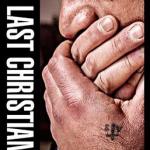 May 2, 2018 Book Review: The Last Christians
Browse Our Archives
Follow Us!