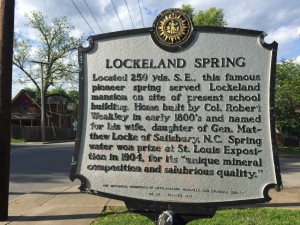 On January 25, my 52 year-old brother Paul was stricken by cardiogenic shock, a life-threatening condition in which the heart can no longer provide blood and oxygen to the body unassisted. Paul had long suffered from myocarditis, a chronic condition caused by a viral infection of the heart, and it was expected that before long he would become a candidate for a heart transplant. Then he fell off the cliff.

After admission to Nashville’s St. Thomas Hospital West, Paul was sedated, placed on a ventilator, and hooked up to kidney dialysis. An external circuit that included a pump and an oxygenator replaced his natural cardiac function. He lay in that condition, unconscious, for just over two weeks before the sedation was lifted and the ventilator removed. Although still a very sick man, there followed four glorious days during which Paul was alert and able to communicate. But on the fifth day, he suffered a minor stroke and was intubated again. On the sixth and seventh days he appeared to have rebounded. Then, on the eighth day, Paul suffered a massive stroke from which he could not recover. He died late in the afternoon on the following day, February 18, attended to by his wife, Jennifer, his two sons, Alexander, 14, and Graham, 11, and his brothers.

Two funerals, one in Nashville, where he lived, and one in our home state of Rhode Island followed Paul’s death. Hundreds attended the services. Paul was a widely regarded professional musician, a multi-instrumentalist, composer, producer, and touring sideman. At the time of his death, he was the keyboardist for both the legendary B52s and the crossover country performer Jennifer Nettles, of Sugarland fame. Friends and associates from around the country – and especially New York City and Los Angeles, his former homes – flew in to pay their respects.

But the most remarkable outpouring, and the point of this essay, was what happened in the small “village” of Lockeland Springs in East Nashville, a hip enclave of young families, bungalows, boutiques and coffee shops where Paul and Jennifer had made their home. During the three-week ordeal leading to Paul’s death, and in the weeks that have followed, I have been privileged to watch as a genuine community enfolded my brother’s family in a warm, protective embrace of love, service, and self-sacrifice.

Neighbors and friends cooked and cleaned, washed and folded laundry, shopped for everything from toilet paper to chicken nuggets, got the boys to and from school, provided shuttle service to the hospital, and attended to the family’s emotional needs. They created diversions for the boys, organized a birthday party for the oldest, arranged for pro bono accounting services, and opened their homes to family members like me who came to stand vigil. Dozens of men and women invested countless hours, often at the expense of their own families’ needs, and in spite of their own deep grief over Paul’s condition, in order to make ordinary life bearable in the midst of one family’s extraordinary suffering.

And they put their money where their mouths were. When it was revealed after Paul’s death that there was no life insurance – he could never qualify after his diagnosis – an enterprising local couple established a Go Fund Me site to help with funeral expenses and short-term income. Within two weeks the fund had reached $60,000, more than half of that money donated by local friends and neighbors. Others slipped envelopes with cash or checks into Jennifer’s hand. One friend picked up the $850 tab for Paul’s funeral Mass.

What struck me then and still does now is that there was no orchestration to this, no master plan or majordomo to preside over the assignment of tasks and the inspection of results. Instead, the Lockeland Springs community was like a gas, filling every nook and cranny of a needy family’s life with selfless solicitude and ceaseless service. And nearly three weeks after Paul’s death, the community’s presence remains strong, with no sign of dispersal.

Most remarkable is that this is a community whose members defy easy characterization. No common history or dogma binds them to one another. The vast majority are transplants to Nashville. Some are older, some younger; some single, others married. They are straight and gay, white and black. They are music business people and those who have nothing to do with that industry. Some are wealthy, some poor or middle class. Many are religious, but many others are not.

Many in Lockeland Springs claim that my brother Paul was their catalyst, and indeed he did possess a genius for making friends and creating networks. But something more accounts for what I witnessed over the past six weeks. The community that is caring for my sister-in-law and nephews is “intentional” in every sense of the word: deliberate, purposeful, and enduring. Its catalyst wasn’t one man or his blessed memory, but the free decision of good people to love and serve a suffering family. Those good people have proven the words of Dorothy Day, who wrote, “We have all known the long loneliness and we have learned that the only solution is love and that love comes with community.” 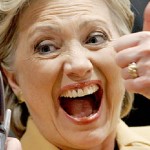 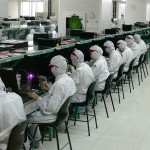 March 14, 2016 Insanity and Alienation in America: Revisited
Recent Comments
0 | Leave a Comment
"The silence and clean air are pleasant reminders of what we have lost..Press the reset ..."
Ron Krumpos How to Understand the Great Silence ..."
"Thankfully your generation will die soon"
Rainbow Warrior Where Are the Churches?
"Then, how come the ones that speak up, all condemn facemasks and receiving communion by ..."
Daddy Sockdragger Where Are the Churches?
"Baby boomer Catholics like me just wish black people would go away"
RPlavo . Where Are the Churches?
Browse Our Archives
Related posts from The Dorothy Option