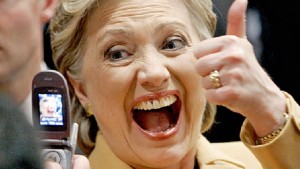 We’re usually fairly serious around this blog but I want to begin by recalling one of my favorite jokes.

A small crowd in 1930s Berlin is standing around a soapbox orator who is loudly castigating the Jews. “The Jews are responsible for the banking collapse. Down with the Jews!” A small fellow in the back adds his voice, shouting “Down with the bicyclists!”

The orator continues, “The Jews are responsible for German war debt. Down with the Jews!” To which the chap in the back again adds, “Down with the bicyclists!”

Finally the orator in frustration looks over at the little man to ask “Why the bicyclists?” He responds with a shoulder shrug, “Why the Jews?”

Watching the latest deeply and unintentionally comedic trailer for yet another Dinesh D’Souza documentary, I was tempted to wonder, Why the Democrats?

D’Souza seems a perfectly bizarre figure for these bizarre times. Here are some highlights of his life in recent years.

Fresh off both his box office smash hits, 2016: Obama’s America (2012) and America: Imagine a World without Her (2014), he and some friends monkeyed around with campaign financing in a New York Senate race so clumsily that D’Souza gets  himself sentenced to an eight-month stint of overnights at a community confinement center in San Diego, about 20 minutes from his definitely unconfining home in La Jolla. (D’Souza’s book and DVD sales have reportedly earned him in excess of four million dollars.)

This conviction is disproportionate, D’Souza argues, and that’s because Obama (himself!) and his Democrat pals have targeted the unfortunate multi-millionaire with his theories of a post-colonial rage animating a White House bent on taking America down.

Well, actually, it’s Hillary now and she’s of course at the center of Hillary’s America, a place where the most urgent question we can ask (it opens the trailer) is “Who are these Democrats?” to ominous background chords and images flashing by of the late Richard J. Daley, dark garages, mixed in with torch-waving Klan meetings on horseback. (You follow?)

The trailer includes splendidly absurd scenes of Prisoner D’Souza hanging with the brothers (mostly Latino) at the community confinement center. In one D’Souza and a tattooed chap look up from a vigorous game of chess (!) to watch Hillary on the TV–attempting to explain away her emails. Bitter irony of ironies! In other quick scenes, various furtive and violent scuffles seem to be underway. Doesn’t look like La Jolla in there.

Back on the outside, history buff D’Souza at one point scrutinizes a portrait of Andrew Jackson before we next get scenes of slave masters whipping and Old South lawmakers fulminating about keeping the slave kind down. “Why has all this been swept away under the rug?”, our investigator can only ask. What rug? you might well ask. What what? It is like watching American history as told by the late Federico Fellini.

In tone with the distemper of our times, the website for the documentary (if that’s the word I want) displays a link for local would-be viewers: Demand the Movie in Your Town. Demand, you note, not request. “Because the goal of the Democratic party is to steal the most valuable thing the world has ever produced: America.” Damn bicyclists! 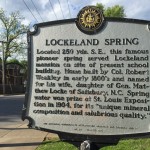