THE teenager pictured above is Carsyn Leigh Davis, 17, who died on June 23 from COVID-19 almost two weeks after attending a church ‘release party’ at the First Assembly of God in Florida.

The church is now complaining that it’s coming under “relentless attack” from the public, and that reports of it hosting the party without taking necessary precautions against the virus are ‘fake news.’

The Fort Myers church reportedly hosted the party, complete with a DJ, karaoke and basketball, on June 10. The event was advertised on Facebook. Although that post was deleted from the church’s social media page on Monday, a screenshot of the deleted post was picked up by Friendly Atheist Hermant Mehta. 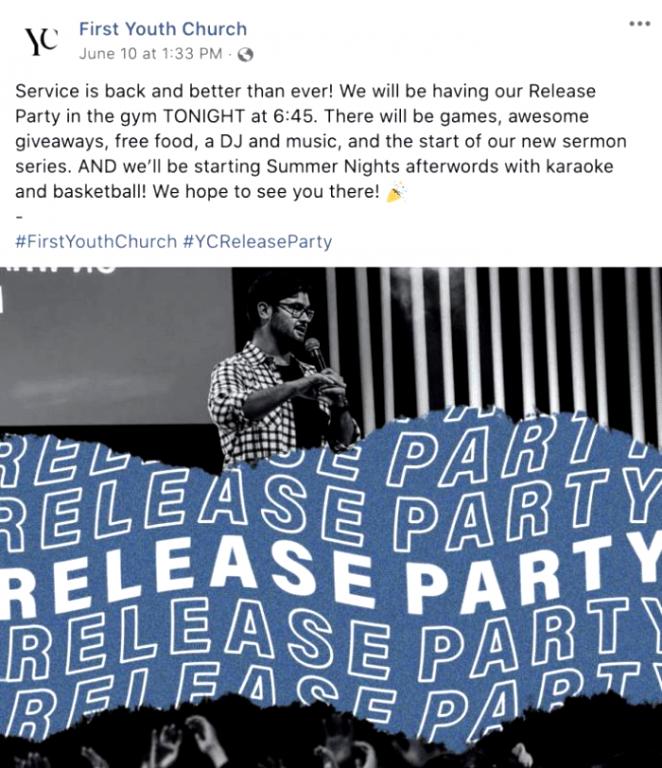 Let us be clear – media reports and postings accusing the church of ignoring protocols or actively engaging in behavior intended to expose our congregation to the virus are absolutely false and defamatory.

The church’s Facebook page has now been completely deactivated.

The church was named by The Washington Post and other media outlets following a report from the Miami-Dade County Medical Examiner Department, which noted that:

On June 10, the decedent attended a church function with 100 other children. She did not wear a mask. Social distancing was not followed.

The church’s senior pastor, Dan Betzer, above, District and National Executive with the Assemblies of God, alleged that reports about its handling of the virus are nothing but irresponsible speculation.

Data scientist Rebekah Jones, who previously oversaw Florida Department of Health’s COVID-19 dashboard before she was removed from her position in May when the state began to reopen, first highlighted the findings of the medical examiner.

Jones, a former member of First Assembly of God, cited the medical examiner’s findings on Sunday as part of a project called Florida COVID Victims.

I started looking into her mother, the church where the COVID party was held with more than 100 children, her health history, and who she was and I felt so angry and sad that this happened.

The medical examiner’s report said that Davis’ mother, who is a nurse, and her stepdad, who is a physician’s assistant, began treating her with azithromycin as a preventive measure from June 10 to 15. The antibiotic in combination with hydroxychloroquine has been pitched by Donald Trump as a potential treatment for coronavirus.

The obese teenager, who previously battled cancer and other health issues, developed frontal headache, sinus pressure, and a mild cough on June 13.

The family thought her symptoms were due to a sinus infection. The symptoms persisted. On June 19, the mother noted she looked ‘gray’ while sleeping. After a subsequent treatment with hydroxychloroquine and other interventions failed to improve her condition, her parents took her to Gulf Coast Medical Center and she was transferred to Golisano Hospital PICU. She tested positive for COVID-19 on June 19. She died on June 23 after ‘heroic efforts’ to save her life. She became Lee County’s youngest virus-related fatality at the time.

It is heartbreaking that a young lady who frequently attended Youth Church over the past few years has recently passed away.   The church, and many members of Youth Church particularly, had reached out to her family and her during her illness, praying for her and sending video messages and personal encouragement while she was going through her illness and in the hospital.

Out of respect for her family, and at their request, the church did not comment to the media about her illness and her passing. The church intends to continue to honor that request. Our sympathies go out to her entire family during this tragic period of their lives.

First Assembly of God of Fort Myers has always tried to be a leader in promoting caring, compassion, reason and the love of Jesus Christ in this community and throughout the world. Despite these false accusations, the church will continue to follow the lead of Jesus and hope that the actions of our love for others, and the history of those efforts, speak for us.

The family are now trying to raise money to cover the teen’s medical expenses via a GoFundMe campaign. More than $14,000 of a $55,000 target had been raised at the time of reporting.

We are incredibly saddened by her passing at this young age, but are comforted that she is pain free. Heaven gained an angel.

According to the Christian Post report she also said:

Carsyn was a God warrior, mentor, advisor, advocate, helper and friend to all who knew her. She regularly stood up for those who could not fight for themselves.

She was actively involved in Youth Church at First Assembly of God in Ft. Myers. She was involved with the Angel Tree ministry, buying and delivering gifts to underprivileged youth who had a parent serving time in prison. She also participated in the Operation Christmas Child program through Samaritan’s Purse, filling several Christmas boxes each year. Though she never wanted anything for herself, she was always making or buying gifts for others.

So, by all accounts a great, caring kid who died because yet another church thought it could fly in the face of social distancing rules with impunity. The fact that it tried to “disappear” the ad for the party smacks of guilt, and if, as the church claims, it is now being castigated, then its deserves all that it gets.

July 9, 2020 Collection plate crisis: RCC wants UK government funding
Recent Comments
0 | Leave a Comment
Browse Our Archives
get the latest from
The Freethinker
Sign up for our newsletter
POPULAR AT PATHEOS Nonreligious
1