A US court has ruled the man pictured above – chaplain Jim Carmack of the Denver Rescue Mission in Fort Collins, Colorado – was wrong to return a parolee to jail for refusing to pray and attend church.

Carmack was one of three defendants named in a case involving Mark Janny of Colorado, who – according to court papers – was told by Carmack in an “extreme and unambiguous” manner that, while in the mission, he would be prohibited from telling people he was an atheist, or express his “religious thoughts, views and beliefs.”

You’re going to still do these Bible studies and these prayers and talk with me about religion.

The court papers revealed that Carmack was a close friend of Janny’s parole officer, the second defendant John Gamez, who ordered Janny to stay at the mission. They also revealed that Janny was a “guinea pig” in an Christian indoctrination programme designed for women.

Carmack was doing Gamez “a favour” as a first step to accepting male parolees.

On Friday, Americans United for Separation of Church and State, the American Civil Liberties Union, and lawyers DLA Piper LLP (US) announced that the US Court of Appeals for the Tenth Circuit, had given Janny the green light challenge an earlier ruling in a lawsuit brought against Carmack, Gamez and a third defendant. Tom Konstanty.

A federal district court had ruled against Janny, dismissing his case.

The Court of Appeals made clear that the First Amendment prohibits government officials and those who assume governmental duties from punishing people on parole, on probation, and in prison for refusing to take part in religious worship and activities.

The case, Janny v Gamez, involves Mark Janny of Colorado, a person on parole whose First Amendment religious-freedom rights were violated when he was sent back to jail after he refused to take part in worship services, Bible studies.  The Tenth Circuit recognised that every person has:

The basic right to be free from state-sponsored religious coercion.

Americans United for Separation of Church and State and the American Civil Liberties Union (ACLU) issued statements in response to Friday’s decision.

This is a victory for Mark and for religious freedom. Our country’s fundamental principle of church-state separation guarantees that everyone has the right to believe, or not, as they choose.

That means that our government must never force anyone to practice a faith that is not their own, and of course must never jail anyone for refusing to submit to religious proselytization.

Daniel Mach, Director of the ACLU Program on Freedom of Religion and Belief added:

The government presented Mr. Janny with a blatantly unconstitutional choice: Go to church, or go to jail. As the court’s decision makes clear, the First Amendment flatly prohibits such religious coercion, and state officials should know better.

When Janny was on parole in February 2015, Colorado Department of Corrections Parole Officer John Gamez required him to live at the Denver Rescue Mission, a Christian homeless shelter that offers religious programming for parolees and other residents.

Gamez had an arrangement with the Mission’s director to place parolees there, with the understanding that they would take part in compulsory religious worship and practice.
Janny, an atheist, objected to the mandatory worship services, Bible studies, and religious counseling, and he asked to be excused from religious programming or to be permitted to live elsewhere.

Gamez and the Mission’s staff refused Janny’s request, threatening him with reimprisonment if he did not continue living at the Mission and did not agree to participate in the required religious activities.

When Janny ultimately declined to attend worship services, Gamez revoked his parole, and Janny was jailed for another five months.

Janny filed a federal lawsuit, asserting violations of his First Amendment rights; he represented himself at the district court level. After the district court wrongly dismissed his case, Americans United, the ACLU, and DLA Piper stepped in to represent him on appeal. The appeal was filed with the Tenth Circuit in March 2020. 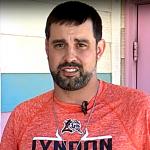 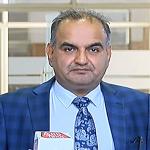 August 9, 2021 Youngest Pakistani to be charged with blasphemy is just eight
Recent Comments
0 | Leave a Comment
"She's delusional. How she got a job as a nurse is beyond me."
Tacoma Atheist Mad medic says vaccines are linking ..."
"Where do you think Tolkien took his inspiration from? His translation of Beowulf was finally ..."
Steven Watson Mass hysteria: Church’s cultural diversity service ..."
"Christ-stains in general, and Catholics in particular, have no right to complain about subsumation by ..."
Minh Dao Mass hysteria: Church’s cultural diversity service ..."
"So many people, so little time..."
Stephen Harvie Mad medic says vaccines are linking ..."
Browse Our Archives
get the latest updates from
The Freethinker
and the Patheos
Nonreligious
Channel
POPULAR AT PATHEOS Nonreligious
1