BACK in May we reported on the arrest of  Kansas State Representative and substitute teacher, Mark Samsel, above. During a lesson on mental health he lost his cool and allegedly assaulted two pupils, kneeing one in the groin.

Samsel,  claims that after the incident he began receiving mental health treatment and is giving up his substitute teaching license after “extreme stress, pressure and agitation” prompted an “isolated episode of mania with psychotic features.”

In a Facebook post shared with The Star on Wednesday, Samsel, a Wellsville Republican, said the stress was at its worst during April and May, when the Kansas Legislature was in session.

After multiple visits with mental health professionals over the past three months and studying ways to handle stress, Samsel said:

There is no likelihood that it will happen again.

The Star says it’s possible Samsel will reach an agreement with prosecutors. His attorney, Christopher Scott, told a judge during his last court appearance on July 12 that he had been “hoping to maybe have some resolution of this matter” by the July court date.

During an interview with investigators shortly after the incident, Samsel described a chaotic classroom with misbehaving students and said he had begun to lose his temper “a little bit,” according to an affidavit used to charge him in Franklin County District Court.

The students had Samsel at his “wit’s end,” he told the officers.

Samsel claims he “barely grabbed” one student and told the student to give him space and said he had heard the student had a bruise.He put this down to God “working in mysterious ways.”

In May, Samsel pleaded not guilty to the charges and a judge ordered him to undergo a mental health evaluation. 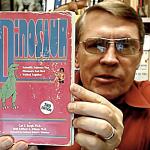 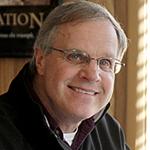 August 8, 2021 Atheist parolee wrongly returned jail for refusing to pray
Recent Comments
0 | Leave a Comment
"My claims are based on the nature of reality as best as it can be ..."
Ameribear Mass hysteria: Church’s cultural diversity service ..."
"I will reply to this tomorrow."
Ameribear Mass hysteria: Church’s cultural diversity service ..."
"It does follow because you keep insisting that scientific inquiry is the only valid means ..."
S. Arch Mass hysteria: Church’s cultural diversity service ..."
"Not surprising."
WMDKitty -- A Work In Progress Runaway sex offender surfaces as a ..."
Browse Our Archives
get the latest updates from
The Freethinker
and the Patheos
Nonreligious
Channel
POPULAR AT PATHEOS Nonreligious
1