AFTER his release from jail at the weekend, Kansas Representative and substitute teach Mark Samsel, above  –  charged with a misdemeanor battery for allegedly kneeing a teen in the groin – issued a lengthy statement in which he decried media coverage of the attack and insisted that he was acting out of concern for the mental health of America’s youth.

The statement, really more of a sermon, came after the state of the Republican’s own mental health was called into question by many, including Kansas Senate President Ty Masterson.

On Sunday, Masterson, above, condemned the “deranged rantings” of Samsel, caught on video attacking a pupil last Wednesday at Wellsville High School.

The Kansas City Star, reporting on Masterson’s reaction to the incident, referred to Samsel’s statement but didn’t carry it in full. Not surprising as ran to more than 1,800 words. It was posted on Facebook then removed.

However, KSNT.com (not available in the European Union unless you have a VPN) did carry it – and in doing so exposed the full extent of Samsel’s utter detachment from sanity.

Here are some mind-boggling takeaways from that statement:

• What happened in Wellsville on Wednesday? Only God knows. So how do we find the Truth? It’s probably not be listening to the yellers and the screamers, is it? Yet look how quickly they get headline news today. They come after everyone. Our educators, our law enforcement, our doctors and frontline workers, our judges and court personnel. They attack Christianity while calling for God to be removed from the classroom and cancelled or erased from American history and modern society.

• If you think MY behavior in the classroom on Wednesday was inappropriate or even criminal, how about we compare it to YOUR behavior at any given PUBLIC SCHOOL (or private or home school) sporting event? Look how the world treats our children and our referees in those settings? I know, because I’ve reffed countless of them. And we are at wit’s end. I literally had a grandma on the front row holding a baby in Gardner, Kansas last week (AAU tournament, shocking they couldn’t find any refs who wanted to show up) calling me every 4-letter word in the book, and then some, because she was acting out of anger, hostility, and resentment.  In those scenarios, we referees are frequently in fear for our safety.

• On Sundays, I attend church. I know where I am going. A church that actually makes sense and uses the Lord’s Word in a positive manner. I am aware that not all churches necessarily operate that way. I can’t change the world. And only Jesus can save. I am fine. I am saved. I am doing my absolute best to bring national attention to teenage mental health and prevention of suicide.

• Dear God, enough is enough. I pray the NEW NORMAL is one based on love. And compassion. And patience. And yes, fearing God Almighty and doing our best to understand and follow His word. The Bible. The 10 Commandments. I pray that Kansas and America returns to a NEW NORMAL where the laws WE mere mortals write are consistent with the teachings of Jesus. And that we all do our best to respect one another.

• Was Wednesday unorthodox? Absolutely. Did I intend to hurt a soul or act for a single moment out of rage, animosity, or any other element of battery? Absolutely not. I honest to God love all His children. That’s what Jesus teaches. I’m not trying to sound preachy. But how else do you tell the truth and speak about the Bible? I don’t know. I’m doing my best folks, and I am genuinely sorry for any pain or confusion this may cause anyone. But I will put my hand on the Bible right now and swear that I didn’t do anything wrong. Those kids are the LAST people on the planet I would ever do anything to intentionally hurt. I’ve known most of them for years, some for over a decade.

• Now let’s compare that to YOUR actions. I know several kids who care about me deeply and because of the nasty and false/misleading things written by the KC Star and others here on social media, THEY are hurting. That’s not caused by me folks. Nope, that’s you, keyboard warriors.

• The truth will continue to unfold over the coming days. Remember that patience is a virtue. Notwithstanding the efforts of some to convict immediately — some for caring but misguided motives, others for ill motives — here in American we are innocent until proven guilty. For all those worried about me and my mental condition, please put your fears to rest. I am good. Better than ok, but not great.

• I deeply regret that my actions may have caused confusion or sadness among a handful of some young folks. But I only had ONE RULE. They know what is was, and it was simple. If they broke the rule, I told them the truth. Some of them did lie. Deceive. Etc. But not the vast majority. And many of them that appeared to, knew exactly what they were doing to serve a higher purpose.

• Please keep all the prayers coming for healing, for Teddy [who the hell is Teddy?], for mental health reform, for criminal justice reform, for the right balance of God to be allowed in our public places and schools. Because it’s not there right now folks. The proof is in the pudding.

Samsel is no fan of Masterson. In a video obtained by The Kansas City Star, he says:

He’s called the Senate president, Ty Masterson, from Andover, Kansas. He is the devil disguised in a suit and a smile. And Christians follow him because they don’t realize he’s the devil. Is that funny? Yeah, it is, excuse my language, fucking our state of Kansas right now and it’s causing kids to kill themselves and I have to attend their funerals knowing what’s going on. It’s not funny.

I have no response to what is clearly the deranged rantings of a troubled man.

According to this report, on Facebook, many residents said they were shocked to see Samsel’s behavior caught on several videos, claiming it was unusual and more extreme than how the lawmaker typically acts. One woman commented:

My grandchildren, daughter and I know this man and are absolutely shocked at what has happened. 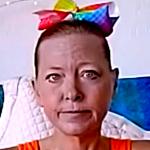 May 4, 2021
Cult leader not dead, simply 'in stasis and out of communication'
Next Post