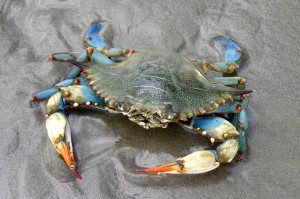 From the first chapter of Created To Need A Help Meet by Michael Pearl. The infamous story everyone keeps referring to…

My immediate goal in marriage was to make up for all those sexually frustrated years—the sooner the better. A friend of mine that married two years before I did had bragged that he was able to ‘know’ his bride five times on their wedding night. He was a puny fellow, so I had no doubt I would beat his brag, but the truth is, three times is all I could muster, and just barely. I quickly realized a single man’s concept of marriage was a bit different than the real thing. After all, it was midnight before we got to our room, and we were up at six headed to the Gulf Coast where we would honeymoon for a few days in a cottage on the beach.

It was a long day’s drive. We arrived at the cottage well after dark. We had brought all the gear for fishing and crabbing, as well as the groceries for her to prepare our meals. That way we could save a lot of money and be able to stay longer in the cabin. We dug all of the gear out of the station wagon and placed it in the cabin. Deb fixed us a big supper, after which I tried to break my record. One time and I was asleep. I woke in the middle of the night and remembered that crabs sometimes run along the beach, so I work Deb and excitedly said, “Let’s go crabbing!”

My new Mrs. complained about me not giving her enough time to find her tennis shoes. They were still packed somewhere and I was raring to go. Anyway I had seen her going barefoot many times. As we scurried along the beach she complained about not having a flashlight. I was using it up ahead to scout the way and chase crabs. I heard her say something about shells hurting her feet. For the next hour or two I ran along the seashore and she dragged along behind carrying my crab sack. I put out some of those little round traps with bait in them and we eventually got about six or eight of the little pinching critters—not enough for a meal.

That was my first time to ever go crabbing and I was having a ball. What more could a fellow ask for?

A cottage on the beach, a hot wife, plenty of crabs…this was living! We made it back to the cottage where we grabbed a couple of hours of sleep before I woke up hungry and had to make love to a woman half asleep. She was willing but not very active.

Afterward she got up and fixed us a fine breakfast. Great cook. Her mother taught her well. She wanted to go back to sleep but I talked her into going out for more crabs. By mid-afternoon we had a sack full of crabs and headed back to the cottage. Wow, was I tired. I told her I would just take a little nap while she prepared supper. I don’t know how long I slept but I awoke to her screeching and jumping about with crabs crawling all over the cabin. The silly girl had left the sack open when she was trying to get the first crab in the huge boiling kettle. I sat up in bed and offered some constructive advice and she had a personality change right there in front of me, and us not yet married 48 hours. Who could have imagined a female could carry on in such a crazy manner? I tried to calm her down but she just stomped off, leaving the French fries turning black in the hot smoking oil and the crabs crawling. I yelled at her retreating form, “I don’t need to hunt crabs; I married one!” Somehow that one remark has hung around our marriage like a ticked-off ghost. It seemed appropriate at the time.

To her credit she did come back and finish cooking. After we ate I was ready for some more sex, but she just wanted to sleep. I had read in a marriage book how women always have excuses, like being sleepy, having a headache, etc. There was a great sense of satisfaction when I was so completely able to change her mind; it wasn’t that difficult. She is wired right. It made me sleepy so I dozed off again. I was just dropping off when I heard the crash. It came from the bathroom. She looked dead l\ying there all twisted up in a weird position half in half out of the shower. The curtain and the rod lay flung out on the floor around her and water was spraying everywhere. It was one scary moment – my new bride dead on our honeymoon. I quickly turned off the water and bent to cradle her in my arms. I gently shook her while examining her injured forehead, which was quickly swelling and turning blue, “What’s wrong honey? Are you sick?”

After she opened her eyes it took her a minute to focus and then her expression changed. It was a mixture of pity and anger, although her voice was like a deep sigh as she whispered, “You really don’t know do you?” Man, it sounded like she was accusing me or something! Since she was hurt I let her have her say and boy, she laid it on.

She sat up, pulling herself away from me, turning where she could look me square in the face. The gist of what she said was something along these lines: “In the last 48 hours I haven’t slept more than two hours undisturbed. My feet have 20 or more tiny holes in them because you wouldn’t let me take an extra five minutes to unpack my tennis shoes. My shoulder is sore from trying to carry thirty pounds of crabs for hours (they didn’t weight that much.) My hand is burned from trying to stuff a fighting crab into a kettle of boiling water, which seems very much like torturing the poor thing, AND, all the while you lay in a state of repose. Due to lack of sleep and sun, my eyes feel like they are full of sand. I have had little to eat. I am female, for crying out loud. I just want to sleep without you pawing on me. Besides, I have body parts I didn’t even know existed until now and they are killing me….so what is wrong with me??? I’m the weaker vessel, remember? It’s in the Bible, chapter one, verse one….or somewhere.”

Strange creatures, these females. My brother never acted like that when we traveled together holding evangelistic services. “Well, she will get adjusted.” I thought.

July 25, 2014
Quoting Quiverfull: Marriage is More Important Than College or Discovering Who You Are?
Next Post