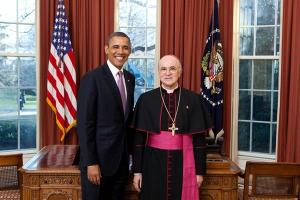 Andrew Chesnut (AC): Thanks for having me back, Arlene.

AB: Andrew, what do you make of where we are right now? This is not a new story, but there is a new intensity here.

AC: Yeah, the level of the scandal is really just unprecedented. In my three decades of being a Vatican observer I’ve just never seen anything like this. Not only are we discovering that the level of sexual abuse…at first it was portrayed by the Vatican when it first erupted in the United States as specifically a problem endemic to the American Church, and then as we get news of Canada and Ireland then it was portrayed as a problem of the English-speaking countries. And then, you know, we find out that it’s basically a global problem, a global issue, and so I think we’re looking really at the very legacy of Pope Francis’ papacy that’s at stake here.

Again, as I think we’ve discussed before on your show, the real Achilles’ heel of his papacy has been the lack of zero enforcement of sexual abuse on the part of the clergy of minors. And we’re seeing now for the first time precipitous decline in his approval rates around the world. Here in the United States we have have new data from CNN saying that in five years he has dropped from a near 80% approval rate among all Americans to now less than half, 48%, and among American Catholics 80% to 61%. We have similar polling data from Chile as well, so this is really an unprecedented crisis in the Catholic Church, and he’s obviously trying to move ahead of it by convoking the presidents of all of the world’s national bishops’ conferences to the Vatican in February.

AB: And what can they do though?  You know we just played the abuse survivor Shaun Dougherty just before we welcomed you on the show and what struck me, you know, is that he has forgiven the physical part, but he cannot forgive the Church’s systematic cover-up. And we know the old adage, the cover-up is worse than the crime. What can he possibly do? I mean we’ve seen these meetings before, haven’t we?

AC: Yeah, we have seen many of these meetings. I think until we see concrete action the Church is going to continue to lose members, and concrete action, for example, means transparency, opening up records from the various dioceses throughout the world for scrutiny by civil authorities, by the public, and most importantly….To listen to the rest of the interview on the Arlene Bynon Show (Canada Talks) click here. 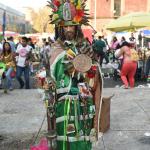 September 6, 2018
An Analytical Snapshot of American Catholics
Next Post 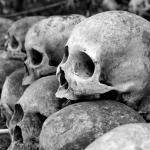 September 23, 2018 Catholic Church Picks a Bone with Cameroon Skull Cult
Recent Comments
1 Comment | Leave a Comment
Browse Our Archives
get the latest from
The Global Catholic Review
Sign up for our newsletter
POPULAR AT PATHEOS Catholic
1

Dark Devotional: What Do You Do for the...
Jesus took the loaves, gave thanks, and distributed them to those who...
view all Catholic blogs
What Are Your Thoughts?leave a comment
Copyright 2008-2021, Patheos. All rights reserved.