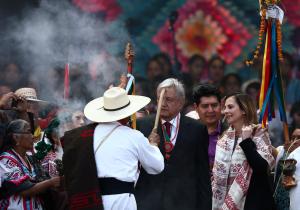 By Guest Columnist Ezer R. May May* and translated from the original Spanish by Dr. Andrew Chesnut

Currents of spirituality and religion have always coursed through the Latin American body politic. And now the dynamics of religious identity are having a major impact in Costa Rica, Guatemala, Nicaragua, Bolivia, Brazil, and Mexico. We saw Jair Bolsonaro win the presidential elections in Brazil with strong support from the Universal Church of the Kingdom of God (IURD) as well as the coalition between the Social Encounter Party (PES), which was founded by a NeoPentecostal preacher, and MORENA, the party of current Mexican president, Lopez Obrador.

In the Mexican case another religious element comes into play, Indigenous Theology emanating from Liberation Theology and Base Christian Communities with a dose of New Age mixed in. The “Mother Earth” ritual of last December served as the dramatic symbol of the inauguration of the Mayan Train, which will transport tourists across the Yucatan. Mexican mass media is just now beginning to reflect the religious complexity and diversity that has characterized the country for some time now.

So how to forge a secular state in the context of growing religious diversity without denying that religiosity is an integral part of people’s lives? This is a thorny question but certainly both President Lopez Obrador himself as well as his staff are appealing to these diverse religious affiliations and tendencies but now through a Mayan worldview in which the traditionally secular left makes it difficult to translate it into the political arena. And for the general public it’s hard to believe that not all Evangelicals are right-wing when the reality is most are pragmatically oriented.

The alliance of the PES Party with the leftist ruling party, MORENA, of President Lopez Obrador would appear to be an ideological short circuit. But the past few months have shown this not to be the case as elected representatives from the PES voted in favor of gay marriage and the legalization of marijuana. A plausible explanation for the odd alliance is that the PES forged it in order to maintain its status as a legally recognized political party while allowing MORENA to choose the PES’s candidates for elected office. Moreover, MORENA sought to win over a significant part of the NeoPentecostal electorate among the Mexican middle classes. Of course in the end the PES didn’t have half the electoral success that MORENA had.

During the campaign season the PES was pleased with this coalition due in part to the many Evangelical allusions made by Lopez Obrador who in his speeches declared “I’m an admirer of Jesus Christ” and “From Old Testament times to our present days justice and fraternity have been front and center.” He also stated, “In the New Testament it’s clear that Jesus expressed a preference for the poor through his words and works.” This was strategic ambiguity with repeated mentions of Christ in an Evangelical bent, but he launched his presidential campaign on the 12th of December, the feast day of the Virgin of Guadalupe. During his campaign launch he remarked “we venerate the Virgin of Guadaplupe and Benito Juarez.” The scope of his vague acknowledgement of Christian diversity served to calm religious rivalries among at least some of those in attendance.

On one hand we observed the mayoral inauguration ceremonies with animated prayers delivered by NeoPentecostal pastors, while on the other Cuauhtemoc Blanco, Governor of Morelos, participated in a mass held at the governor’s mansion in honor of the Virgin of Guadalupe on her feast day. The Holy Spirit, the Trinity, the Virgin, and Mother Earth are all major religious elements in play here. So the question is how will these religious expressions be transformed in their interaction with an administration that enjoys wide political berth due to its commanding electoral triumph? These transformations will expand the present gamut as we’re talking about religious communities – Evangelical plurality, Catholic heterogeneity, regional worldviews, and Indigenous rituals connected to the earth.

The Mexican and Latin American political arenas are facing post-secular societies in which the religious idiom becomes indispensable for articulating emotions, projects and political strategies in an environment chilled by rationality. It also brings with it inspiring semantic content to explain the socio-political scene. The philosopher Jurgen Habermas posited that the challenge for societies is the forging of consensus through listening to others and mutual reconsideration of both religious and secular ideas in order to extract universal values with the goal of engendering a fraternal citizenry.

We must be clear that in democratic societies one of the goals must be the elimination of second class citizens, whether immigrants, Indigenous peoples, or certain religious groups. Is this possible in Mexico? No doubt it will be an arduous journey, even more so if a wide sector of the population maintains an antiquated notion of secularization (religion and spirituality as synonymous with pre-modern). The current political climate is creating an opportunity to recognize both religious and subaltern “others” beyond the dichotomy of left and right. 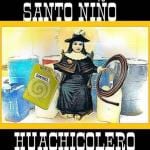