Five work lessons you can learn from monks 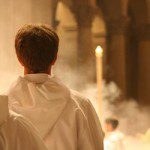 How many organizations do you know that have lasted a thousand years?

I pay occasional visits to one of them – the Trappist order of monks that originated in France in the 11thcentury. These monks, tucked away in about twenty beautiful, remote monasteries around the United States, live a profoundly counter-cultural life: free of laptops, Lindsey Lohan, junk food, and, so it would seem, stress.

Even rising at 3:30 a.m. each day, how tough can it be to fill your days with prayer and Scripture? But in fact, there’s more to monks’ lives than simply retreating from the modern world to spend time in prayer and Bible study. These guys work very hard.

Monasteries must be financially self-sustaining, which means the monks are required to produce more than just holy thoughts. They display a business savvy and a willingness to roll up their sleeves. And they have plenty of both, with various monasteries supporting themselves by baking pastries, growing plants, producing wine or making caskets.

Out here in the everyday Facebook-ravaged world of iPhones, emails, and nonstop chatter, some basic monastic principles can make us more effective at work as well:

1. Know your mission: Trappist monks are very clear about their purpose – to praise and be transformed by God and, in doing so, lead others to faith. As they deal with the inevitable tensions of living in a small community or the tedium of eating cheese for the 9,121st straight day in a row, they stay on course by asking a simple question: Is what I’m doing at this very moment moving me closer to my mission?  Are you clear enough on your own purpose to ask yourself the same?

2. Keep an open mind: The older we get, the more likely we are to settle into stale, unproductive routines. Many of the monks I’ve met are quite old. Yet, rather than being narrow-minded, their daily practice of mindfulness keeps them open to new people, situations and challenges. This flexibility of mindset and spirit helped the monks at one monastery, for example, completely reinvent their business model after their egg farming business went bust.

3. Keep your mouth shut: Trappists used to take their vow of silence so seriously that they communicated largely with hand signals. These days, they’re free to talk a little more. But listening always takes precedence. Try to go an entire day without interrupting someone, or planning your reply while they’re still talking, or jumping to conclusions. It might not make you a saint, but you’ll likely learn something.

4. Prioritize ruthlessly: Trappists only need three words to define their priorities: prayer, work, study. Their daily schedule and entire way of life are engineered precisely to emphasize and integrate those three things. Can you name your own priorities that succinctly?

5. Risk boredom: The monastic schedule is fixed, literally. Lights on, lights out, and every activity and meal in between almost never vary. It sounds awful, even for an extreme creature of habit like me. But our brains and bodies benefit greatly from structure, and the more we focus on our top priorities the better we get at them. The best way to do that is to eliminate distractions. If you want an exercise in futility, try distracting a monk. If you want more productivity, try acting like one.

Stephen Martin is a speechwriter and journalist who blogs at The Messy Quest. His first book, The Messy Quest for Meaning, which explores how to find a calling, was released in 2012 by Sorin Books.

Adapted from The High Calling. Image by Daniel Kedinger. Used with permission. Sourced via Flickr.

December 23, 2013 Dear God, thank you for this crummy job
Recent Comments
0 | Leave a Comment
Browse Our Archives
Follow Us!