Building the Millennium Falcon (or How to Be Iconic) 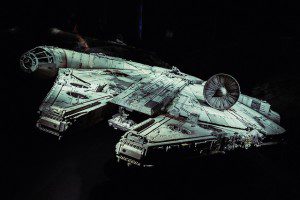 Okay, so some of you (like me) are geeking out over this. While others are wondering what the big deal is. If you’re in the latter group, then I just ask that you bear with me. The big Star Wars reference here is really only to make a bigger point about being (or creating something) iconic.

Most real fans of the epic Star Wars film series know that Episode VII is currently in the works. This is kind of a big deal, and there’s a lot of specualtion around the storyline of this next film. People want to know what happens after Return of the Jedi (originally released in 1983).

So you can imagine the stir when a photo (allegedly) from the set of Star Wars Episode VII gets leaked. And Star Wars fans know exactly what this is…

The Millennium Falcon is one of the more iconic ships in the film series. And you can imagine the stir when Director/Producer J.J. Abrams drops this tweet of a note on a game board from the Millennium Falcon, hinting that the speculation may in fact be correct…

As a Star Wars fan, I’m pretty excited about this kind of stuff! But the thing I find most fascinating about all of it is how an image of a partially constructed set, and a piece of a game board became so recognizable.

What is it that makes this ship so iconic? And why are people so excited to see this ship (hopefully) making an appearance in the next episode of this film series? Here are my thoughts:

From the very beginning, the ship becomes a sort of home away from home for our heroes. We watch them develop relationships, work out plans to change the galaxy, and fight the bad guys. High fives, hugs, laughing, crying… everything. We experience nearly every human emotion in and around this ship. It’s like remembering a childhood home with all of the good and bad times wrapped up in a single place.

If you want to be (or build something) iconic, then don’t avoid the full range of human experience and emotions. Create a place to fall in love (and hate), to share our deepest secrets, to stretch ourselves and grow, to fail and learn from mistakes, and to let iron sharpen iron (on our way to becoming a Jedi). Deep relationships and ties are formed when we experience life together.

2) It serves a multifarious purpose.

It’s easy to forget sometimes that this ship, which played a huge role in saving the galaxy, is (just) a cargo ship. It was never intended to be a war ship, or anything else. But she was.

There’s always more than what meets the eye with iconic figures. Do things people don’t expect you to do. Show a range of talents you may not be known for. It’s like discovering the construction worker who is a surprisingly amazing cook. When you astonish people by shattering their stereotypes, they look at you different. They respect and admire you at a whole new level.

3) It’s the kind of underdog story we like to cheer for.

Luke Skywalker once referred to the Millennium Falcon as, “a piece of junk.” To that, Han Solo responds, “may not look like much, but she’s got it where it counts.” The ship shouldn’t have been able to do everything she was asked to do. But she did.

People love underdog stories. These stories of overcoming great obstacles give us hope that we can do the same when challenges come our way. We cheer them on, and secretly wish it was us living out these incredible sagas. If you want to be iconic, then take on obstacles and challenges with intensity and a will to conquer them. You can do it!

Observe people who are good at their work—
skilled workers are always in demand and admired;
they don’t take a backseat to anyone.

[Photo by Kory Westerhold, used under a creative commons license, sourced via Flickr.]

June 5, 2014
[VIDEO] What is your responsibility to the greater community?
Next Post 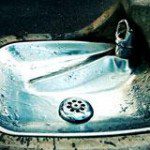 June 9, 2014 Three Things to Do When Your Career Hurts You
Recent Comments
0 | Leave a Comment
Browse Our Archives
Follow Us!