Minds and Bodies, Faith and Work

As I took the Amtrak up to the Faith@Work Summit in Boston, I was working on a paper about the Mind-Body Problem. I don’t want to bore you with academic details, but the gist of the problem is: how do we talk about how the brain––an electrically charged lump of meat––relates to a mind capable of self-awareness, sensory experience, and personal agency? How can we explain the link between mind and matter? This is called the “explanatory gap.” It’s a question easier asked than answered.

In a funny twist of fate, I spent the next couple days hearing about another gap: the “Sunday-Monday Gap.” That nifty term addresses a gulf between Sunday activities (Church/Sabbath rituals, presumably, although I suppose the term could be applied to NFL game watching parties, too) and Monday work. This gap points to another descriptive failure. The Church has failed to describe the relationship between what it does and what “we”––people in the “real world”––do in our daily work.

Perhaps I didn’t paraphrase that thesis as carefully as I should have. It’s blotted with theological trouble spots, and there were a variety of sharp, captivating, theologically astute speakers at this Summit. One of them was Paul Williams from Regent College. He made a frighteningly reasonable claim: “A faulty theology of work, vocation, and mission has been a significant contributor to the secularization of western society.”

This makes sense. By broken High Church logic, it’s hard to separate the sacred and the secular without presuming that everyday churchless existence is somehow unsacred. But when this separation occurs, and people walk out of the narthex to spend their workdays living and dying, stressing and crying, laughing and rejoicing, it can actually seem like religion has it backwards: real life is what matters, not this stuffy High Church nonsense! So then Philip Larkin can ask: “When churches will fall completely out of use/What shall we turn them into?” And pastors arrive fresh out of seminary, ready for, as Williams succinctly put it, “a career track in one-man leadership of churches that already exist with congregations to finance them,” only to discover that, as Larkin predicted, congregations have left these ancient establishments.

They may not call it “God,” but they’ve found the Sacred in other places.

This reality puts older presumptions under the harsh light of day. And it seems to me that the very term “Sunday-Monday Gap,” or notion of “faith and work integration,” will seem outdated in the near future. Paradigm-shifting conferences like these will continue to transform lives, but they’ll be using different language.

It may be a lot like the Mind-Body problem, actually. Greek idealists and gnostic thinkers came up with the notion of a non-physical “mind” or “soul.” But as the renaissance hit, scientists began to explore the human body scientifically, as if it were a giant physical machine. The Mind-Body Problem brought both of these worldviews (idealism and physicalism) to a head. Descartes tried to integrate these concepts; his famous theory was that the soul enters bodily mechanisms through the pineal gland. If Descartes’ idea seems irrational to us now, it’s probably because the two paradigms he struggled with no longer capture the public imagination. Neither framework is viable; instead of trying to heroically integrate both frameworks, we tend to think in more complicated, nuanced ways. We have a new vocabulary. We speak of interplay between genetic determinism and unpredictable neuroplasticity; we talk about how nature and nurture collide in a marvelous, confusing mess of actions, reactions, impulses and intentional acts.

In a similar way, we may eventually stop talking about bridging the “Sunday-Monday gap” or “integrating faith and work” because the words “Sunday” and “Monday” have lost their old connotations. Faith and work look different, too. Many serious Christians sporadically attend Sunday services; they dedicate themselves to small groups and quiet times and prayer meetings and Bible studies during the week. The 9-5 workday has shattered; people are working all the time on laptops and tablets, but they’re goofing off on Facebook and Twitter at the same time.

The phrase “faith and work integration” harkens back to an age when faith looked like choir robes, massive lecterns, stiff pinewood pews and pungent incense. It recalls a time when work looked like suits and ties, profits before ethics, and eight-hour chunks, Monday-through-Friday. These images feel almost as ancient as the image of a non-physical soul.

Fortunately, this modern reality was mentioned at the Faith@Work Summit. Mark Washington mentioned how millenials value well-rounded authenticity. David Miller added on, suggesting that millennials assume that they will live live integrated, holistic lives. I think it’s fair to say that most millennials (outside of some, admittedly rare, culturally Christian enclaves) only choose to follow Christ if they feel that Christianity will affect their whole lives. “Sunday-Christians, Monday-Secularists” fade as quickly and quietly as they existed in the first place. The allure of secular humanism is too strong to keep them in the fold.

As far as the Mind-Body Problem goes, strides have been made to create a brand new framework. Thinkers are totally reevaluating the “mind” and “body” separation. For example, in her series of essays Absence of Mind, the Pulitzer Prize winning Christian author Marilynne Robinson proposes another way of thinking: “The old notion of [mind and body] should be put aside now that we know a little about the uncanny properties of the finer textures of the physical…Let us say the mind is what the brain does. If the mind is the activity of the brain, this means only that the brain is capable of such lofty and astonishing things that their expression has been given the names mind, and soul, and spirit.”

In other words, Robinson is arguing for the astonishing sacredness of every human brain. She’s not applying faith to science, struggling to reconcile two very different frameworks, but suggesting that all physical brains reify the image of God. We are the physical incarnations of God’s image. No non-physical spirit required.

In a similar way, perhaps we should stop trying to shoehorn “Sunday” into “Monday,” or struggle to integrate “faith” into “work,” and take the conversation in a new direction: recovering the spirit of God incarnate in every single well-meaning act of cultural creation or cultivation (to borrow terms from Andy Crouch). We need to focus on creating and cultivating culture for the sake of its inherent good. We need to create a feedback loop that starts with observing God within culture, praising God’s existence within culture, and then creating culture for the sake of God. And, perhaps most importantly, we need to develop a new, richly communicative theological vocabulary for this sort of holistic, incarnational living.

Holistic ideas abounded at the Faith@Work summit––some of them in formative stages, some already transforming institutions, almost all of them very exciting. At the same time, I look forward to the day when we might not even call it a “Faith at Work” Summit at all.

For we don’t need to apply faith to work, or even have faith at work. We need to discover why we work in the first place. 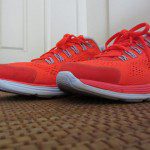 November 14, 2014
The Surprising Key that Opens the Gift of Work
Next Post 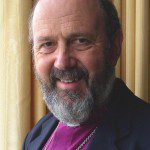 November 18, 2014 Let It Flow Out: An Interview with N. T. Wright
Recent Comments
0 | Leave a Comment
"The modern IT market needs new solutions and new and new tasks every year. If ..."
John Wise What Technology Would You Take with ..."
"I'm a Human Resources professional, with 40 years in the field. I've been born again, ..."
Jay Sunderland Five Ways to be a Christian ..."
"Well the irony of your article certainly is fascinating. It seems Spurlock created a production ..."
Trevor Working for Free: Interning at the ..."
"If Jesus can't draw all men unto him, surely the alternate Savior, C.S. Lewis, can ..."
Father Thyme Serving God in the Business of ..."
Browse Our Archives
Related posts from The High Calling