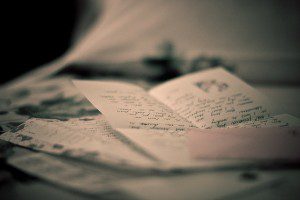 I’m reading the newspaper one Tuesday morning, and there on the obituary page I see a photo with a story about a local retired executive who had died of cancer.

I stared. I could barely comprehend the words.

I wrote speeches for this man for four years, some of the best speeches I’ve ever written. I loved working for him. He was smart, capable, a quiet kind of leader, and somehow he had managed to work his way through the ranks and arrive at the executive building. I worked with him for his last four years before he retired, and in his own understated way he turned the company – and the industry – upside down.

How he had survived the corporate jungle was a mystery to anyone who knew him. He was friendly. He was interested in other people. He was a genuinely nice guy in a work culture that penalized nice guys, and often destroyed them. I’d seen friends get promoted and suddenly start using what we called “the look” – when they talked with you they’d turn their head slightly and nod very knowingly. If you became a vice president, you had the look.

This guy didn’t have the look, and he was a senior vice president. He occupied one of those palatial offices in the executive building. And he seemed totally unfazed.

He gave a lot of us hope. It was possible to be successful in corporate life and not act like Jack the Ripper. This guy had integrity. And while we never talked about it, he also had faith. He was a believer. And that made him even more of an oddity.

We talked about integrity a lot. He knew that the company often had to work hard to do the right thing, and he was the head cheerleader for that. He wasn’t an in-your-face kind of guy, but more when you needed a status check on whether something was going to pass the smell test, he was the gold standard.

Always encourage the good, he said.

Don’t compromise with the bad. If you have to, you walk away from the bad, he said.

Preserve your dignity, he said; don’t scream even if you feel like it. And when they scream at you, he said, (and they will do that), you just listen and don’t reply in kind.

Look for the unexpected, he said.

And there I was, looking at his obituary that, while adequate, didn’t tell the real story of this extraordinary man.

So I followed his advice, and did the unexpected. I wrote an op-ed article that told what this man had done to change his industry. I sent it to the newspaper, but the op-ed editor politely said that they didn’t publish stories like this.

And then a hole developed; a planned op-ed had to be canceled at the last minute, and the only replacement available was my story on this man. They published it.

His family was blown away; they didn’t know what he had done because he never talked about it at home. They called me; they sent letters and emails. I was in tears reading what they said.

And then came the letters from the people who knew him, the people who had worked with him. People poured out their hearts. His integrity and character had touched scores of people in extraordinary ways.

The saying is that nice guys finish last.

Editor’s Note: This post by Glynn Young was originally shared at TheHighCalling.org.

[Photo by Francis Gastellu, used under a creative commons license, sourced via Flickr.] 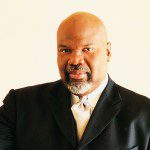 January 23, 2015
The Ten Commandments of Working in a Hostile Environment: An Interview with T. D. Jakes
Next Post 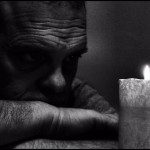 January 25, 2015 No One Does Good? Really?
Recent Comments
0 | Leave a Comment
"The modern IT market needs new solutions and new and new tasks every year. If ..."
John Wise What Technology Would You Take with ..."
"I'm a Human Resources professional, with 40 years in the field. I've been born again, ..."
Jay Sunderland Five Ways to be a Christian ..."
"Well the irony of your article certainly is fascinating. It seems Spurlock created a production ..."
Trevor Working for Free: Interning at the ..."
"If Jesus can't draw all men unto him, surely the alternate Savior, C.S. Lewis, can ..."
Father Thyme Serving God in the Business of ..."
Browse Our Archives
get the latest from
Best of Patheos
Sign up for our newsletter
POPULAR AT PATHEOS Faith and Work
1