When the Boss Is a Narcissist

When the Boss Is a Narcissist January 28, 2015 The High Calling 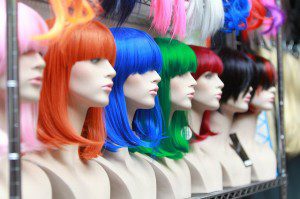 Narcissists are big idea people, but sometimes their ideas lead to serious consequences. Amidst a growing body of research about the impact of narcissists on the organizations they lead, participants in one study played the role of timber company owners who compete to harvest trees in the same national forests. If the “owners” prioritized short term gains, deforestation would result. Unsurprisingly, the researchers found that narcissists were willing to jeapordize the environment to reach their goals more readily than other participants.

Narcissists are willing to “think big ideas and take risks because they think they will do extremely well,” says Dan Blazer M.D., vice chair of faculty at Duke University School of Medicine’s Department of Psychiatry and Behavioral Sciences. Initially they may do well in leadership positions, but they don’t take defeat well. “It’s a wound almost, when they’re defeated, when something doesn’t go well, when they’re criticized,” he said.

As long as a narcissist is getting a lot of praise and support, he or she can perform well, but an “inflated sense of empowerment and invulnerability” can be a catalyst for organizational disaster. “These are individuals who on the surface may look well put together. They may be very confident and in many ways very competent, but they don’t deal with challenges and crisis (both physical health problems and perhaps businesses not doing well for a period of time), decisions they make that fall apart. In those situations, they don’t perform well at all,” Blazer said.

No Way but the Narcissist’s Way

A leader’s narcissism makes collaboration difficult, because there is no way but the narcissist’s way and they are unwilling to learn from others, said Allan Josephson, M.D., director of Child & Adolescent Psychiatry Services at The University of Louisville, Kentucky. “It prevents servant-hood, which I believe is a leader’s ultimate role. A leader needs to serve those to whom they’re responsible and if they are focused on themselves, it makes it difficult for them to focus on serving others. So, by definition, they fail to develop others. Others do not become better by being part of their group.”

“They’re not good listeners either,” Blazer added. “They’re not intuitive about how others are feeling or thinking. So they don’t pick up on the subtle signs and maybe even not-so-subtle signs of how people are doing around them. They’re big idea people, but they’re not people people.”

If narcissists do manage to maintain long-term relationships, they tend to be superficial ones, Blazer said. “Perhaps because of their success, they tend to be tolerated. People learn you can’t criticize Jack…and since Jack’s the boss, we’re just not going to criticize him.”

A Danger to Organizational Health

Researchers at the U.C. Berkeley Institute for Research on Labor and Employment published results of a study in March 2013 showing that narcissistic CEOs “have compensation packages that are systematically different from their less narcissistic peers.”  The study concluded that long-term narcissistic CEOs “receive more total direct compensation (salary, bonus, stock options), have more money in their total share holdings, and have larger discrepancies between their own (higher) compensation and the other members of their team.”

Not only do such discrepencies have consequences internally, but these high compensation packages influence other CEOs and, as numerous scandals and the 2008 “Great Recession” have demonstrated, the health of the global economy.

So, while a narcissist may “drive an idea to its conclusion, what happens to the people around them turns out not to be important,” said Blazer.  One-third of the workforce resigns, but the job gets done, for example. Shareholders may be satisfied in the short-term, but the long-term health of the business may be in doubt, he added.

“Leaders really need to enjoy people,” he added. “Their product is people. They are managing people. They need to answer problems. And so, making people feel comfortable. I heard someone say, ‘I always felt better after meeting with him.’ I think a good leader needs people skills.”

Contrary to popular belief, narcissists aren’t suffering from excessive self-esteem. Instead their self-image is quite low, Blazer said. “These are individuals who are always in need of approval and reinforcement from other people.”

“We think that’s remarkable,” said Josephson. “If someone is a leader, why would they have low self-esteem? Their drivenness to be successful is to kind of deal with that self-esteem issue. In other words, by having a successful organization, they prove that they’re worth something, rather than believing that they are worth something irrespective of their achievement.”

“We all take pride in our work, but when it becomes a pathology, when it becomes a sickness, the person is just investing too much of themselves in it,” he said. The “healthy” road to leadership is when someone is rewarded for good work. “An attitude that says, ‘I’m going to run this company come heck or high water’ is a variation of work as a treatment for a self-esteem issue.”

Reining in the Narcissist

The larger culture of an organization can have a huge impact on how psychological pathologies are expressed, said L. Gregory Jones, strategic director for the Laity Lodge Leadership Initiative and professor of theology at Duke Divinity School. “If somebody tends toward narcissism and they are in an organization where sharing credit is the expectation and norm, that person’s tendency to want to be the center of attention is going to be minimized,” said Jones. “I would stress the importance of organizational cultures in helping shape healthier versions of these sorts of tendencies.”

Americans are a culture of scarcity in which competitive thinking is often central to our self-understanding, said Warren Kinghorn, M.D., assistant professor of psychiatry and pastoral and moral theology at Duke Divinity School in Durham, North Carolina. “The Christian affirmation, in the deepest sense, is that the flourishing of communities is not to be a competitive reality,” says Kinghorn. “Christian hope is in part about the affirmation that I can risk justice, mercy, and not constantly be thinking of self-protection. It’s not being determined by scarcity and competition, and therefore allowing for some possibility of creativity and generosity. It says we don’t have to live in fear of what it means to seek an interconnected flourishing in which we as individuals can lead communities and organizations, which themselves can be looking out for those that are vulnerable.”

[Photo by Tim Miller, used under a creative commons license, sourced via Flickr.] 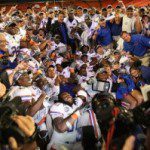 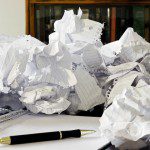 January 29, 2015 Four Things to Do When You Make a Mistake at Work
Recent Comments
0 | Leave a Comment
"I'm a Human Resources professional, with 40 years in the field. I've been born again, ..."
Jay Sunderland Five Ways to be a Christian ..."
"Well the irony of your article certainly is fascinating. It seems Spurlock created a production ..."
Trevor Working for Free: Interning at the ..."
"If Jesus can't draw all men unto him, surely the alternate Savior, C.S. Lewis, can ..."
Father Thyme Serving God in the Business of ..."
"Great interview and perspective!"
Nancy Anderson French Serving God in the Business of ..."
Browse Our Archives
get the latest from
Best of Patheos
Sign up for our newsletter
POPULAR AT PATHEOS Faith and Work
1