Forgiveness and Accountability in the Workplace

Forgiveness and Accountability in the Workplace February 4, 2015 The High Calling 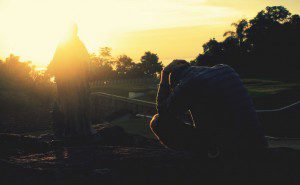 Whenever people live or work together, they need to practice forgiveness because we humans are imperfect. No group can function long before someone breaks a promise and lets others down.

Forgiveness seems like a wonderful virtue, but it is very difficult to practice. In Mere Christianity, C. S. Lewis said, “Forgiveness is a lovely idea until you have someone to forgive.” To move from theory to practice is often a great distance to travel. In the midst of our anger and disappointment, forgiveness seems impossible or at least impractical.

In fact, forgiveness is one of the most misunderstood words in the Christian vocabulary. We often associate it with forgetting. To ask me to forget is to minimize or dismiss my pain. In fact, I need to forgive because I cannot forget what someone did.

The hurt needs to be named. I need to “speak the truth in love” (Eph. 4:15), but it is never easy. Too often, I avoid the conflict altogether, further harming the relationship.

Forgiveness joins what is separated in life. It makes possible what our sinful human nature conspires to make impossible. Forgiveness removes barriers so life can go on; it is the margin for our error. No marriage or friendship can survive without it.

As wonderful as this concept sounds, we often dismiss forgiveness because it doesn’t seem to hold the offender accountable. Actually, forgiveness allows people to renegotiate their future. When I forgive someone, I am demonstrating my belief that the relationship can grow.

This is authentic forgiveness: We believe we can live together in the future despite the way we have lived in the past. We commit to change our behavior in the future. Forgiveness is a great gift that includes a measure of accountability.

Imagine an employee loses his temper with a customer. He later apologizes profusely to the customer and to his manager. But he has acted this way before. The manager forgives him again and tells him to get some counseling about his anger. Hopefully, the employee will work on his problem and make some progress. If nothing changes, though, the manager will need to protect his customers! Forgiveness isn’t blind.

Read the parable of the unforgiving servant (Matt. 18:21-35). A king forgives his servant an enormous debt, but the servant refuses to forgive the small debt of his friend. The king is incensed, and the story serves as a warning not to presume upon God’s forgiveness without embodying this gift in our own lives.

Lewis Smedes says, “Forgiveness is love’s toughest work.” It is painful to forgive, but forgiveness helps us work and live with each other on a very deep and profound level. Through forgiveness, the gift of God’s Spirit will breathe new life into those relationships that matter greatly to us.

Editor’s Note: This article was originally posted at TheHighCalling.org.

[Photo by Juliana Muncinelli, used under a creative commons license, sourced via Flickr.] 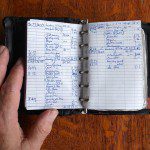 February 3, 2015
Paying Well: Loving Others Through Fair Wages
Next Post 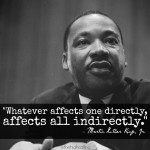 February 5, 2015 We Are All Connected: Rembembering Birmingham
Recent Comments
0 | Leave a Comment
Browse Our Archives
get the latest from
Best of Patheos
Sign up for our newsletter
POPULAR AT PATHEOS Faith and Work
1