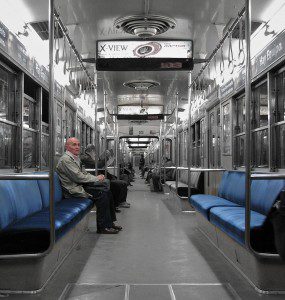 I don’t live the kind of life that includes friends whose obituaries are featured inThe New York Times. And yet, there I was one December morning riding the DC Metro, scrolling through my daily headline news email, when I was stopped short by a friend’s obituary.

Ours was an unlikely pairing on the surface. Me: an evangelical Christian, one-time homeschooler, pro-lifer. He a secular Jew, pioneering New York City public television host and station co-founder, long-time president of the Motion Picture Association’s ratings board.

What we had in common was Rutgers University, where he taught for 50 years and where I studied as an adult student in the 1990s. I initially didn’t think much of his class, with its senior citizen professor and reading list of books written before 1950.

But then one day, Dick, as I’d come to call him, allowed a precocious, obnoxious student to take up the better part of a class period debating whether or not Dick had the right to assign us Gone With the Wind over Thanksgiving break. Nobody had read it. I hadn’t read it. But having paid a babysitter, driven an hour to class, and feeling robbed of my budget-reducing tuition buck, I got up and walked out.

Dick called me aside after the next class to discuss what had happened. I said I would never allow my homeschooled children to argue with me over whether or not I hadthe right to assign them work. In his best professorial tone, he said something like, “I don’t suppose you would!” He also said the boy had called to apologize and that he had been trying to teach him something. “Yes,” I said, “but at his classmates’ expense, and mine!”

I graduated from Rutgers in 1997 and promptly forgot about that class until September 2001, when I knew I’d need a decent résumé to help me land a job when my family moved to Southern California the following summer. Could I do an internship on his long-running public television show, The Open Mind, I asked. Yes, of course, he said.

Throughout the brutal months after the World Trade Center was attacked, I’d travel into New York City thrice weekly from my comfortable Jersey Shore home, taking in the recovery scene and listening to sad commuter stories of missing and traumatized Wall Streeters. I’d memorize the magical evening lights that glowed against a backdrop of horror as I exited the subway in lower Manhattan to catch the ferry after work. At the Open Mind offices, like everywhere, life went on, even when streets were blocked for a high security international event that put everyone on edge.

I did data-entry for a new web site and chose material from 50 years worth of Open Mind archives for a chapter in Dick’s next book. I met Elie Wiesel, got a hug from the recently resigned director of George W. Bush’s Office of Faith-based and Community Initiatives, John Dilulio, and journalism advice from Sylvia Nasar, theNew York Times reporter who wrote A Beautiful Mind. We shared lunches and conversation with Dick’s sharp, efficient producer Daphne Doelger-Dwyer, and talked about our children–his long-grown, mine growing.

Throughout those months, Dick taught me to shine light on topics with respectful, fearless dialogue rather than setting them on fire with irresponsible rhetoric.

When my family moved to Southern California in the summer of 2002, our friendship took a personal turn. Every winter, my husband and I would drive out to Palm Springs to visit him at his modest condominium. We’d sit by his pool, Dick in resplendent, tanned glory, holding forth on his favorite topic when it came to us—religion.

One time—I can’t remember when or what the subject was—he looked at me with wide-eyed wonder and said, “You really believe this stuff!”

Perhaps it was all just an amusing game for him.

Thinking back on it, though, it seems to me that he treated us as he would any guest on his talk show. He’d draw us out, ask questions, provoke—calling God “she” with a sly grin, hoping, I think, for the debate-inspiring objection that never came. He didn’t go for the jugular, even when he could have.

We never saw each other after I moved back East in the fall of 2008. There were dates made and broken—a couple by him, one by me. Then came the inevitable giving up people do when they finally accept they’ve drifted apart.

Friendships ebb and flow. There’s no shame in that. Ours was perhaps at its best when we were both expats far from home. Anyway, it doesn’t much matter. When I read Dick’s obituary on the Metro, I called my husband and cried. I realized then that I loved Richard Heffner in the way you love all friends you no longer see, with a potent mix of sadness and appreciation.

I’ve long described Dick as my journalism mentor, not because he taught me how to write or report the news (other mentors did that), but because he taught me what those things are for. He introduced me to Walter Lippman’s Public Opinion, It Can’t Happen Here by Sinclair Lewis, and Twelve Angry Men by Reginald Rose. (Honestly, I don’t remember any other books I read in journalism school.) When he gave me As on papers I was sure I’d fail because they so boldly communicated my Christian faith, he taught me there is a place for my religion-soaked voice in the public square.

He described himself to me once as a classic liberal, an adherent to an ethos from which both political conservatism and liberalism emerged, then left behind. It seems fitting, in a way, because the values Dick modeled and communicated have been largely abandoned in the public square, which is sad, because, like him, they are timeless.

Christine A. Scheller is a widely published journalist and essayist. She is a member of the Online News Association, the Religion Newswriters Association, and the Evangelical Press Association. She has also made editorial contributions to numerous books, including A Conversational History of Modern America by Richard D. Heffner. When she’s not reporting and writing, she can be found tending her chickens or training for half-marathons with the NF Endurance team. She lives with her husband at the Jersey Shore. 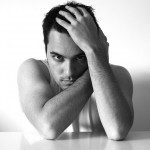 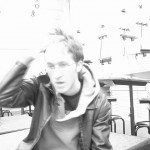 June 26, 2015 What to Do When You Are Completely Overwhelmed at Work
Recent Comments
0 | Leave a Comment
Browse Our Archives
get the latest from
Best of Patheos
Sign up for our newsletter
POPULAR AT PATHEOS Faith and Work
1 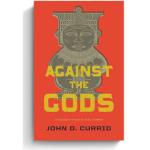