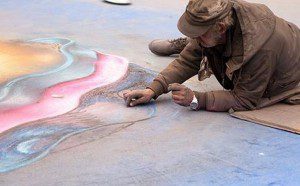 Whether you’re creating good in this world by faithfully serving others or by actually creating something like art, music, writing, or dance, it takes work. It takes time. It takes persistence.

Few of us will be required to persist to the level Paul Smith does in order to create art. Mr. Smith was born with severe spastic cerebral palsy in 1921. “It took him 32 years to learn how to walk and about half of that to speak. Yet through it all, Paul found his calling. With just a typewriter and an eraser, he began to create masterpieces from using mostly ‘@ # $ % ^ & * ( ) _’ characters.” Despite the tedious approach to creating remarkable art pecking one typewriter key at a time—working for two to three hours a day and taking up to three months to complete a piece—Mr. Smith has created beauty and considers his talent a “gift from God.”

Get to Work Creating Good

Fast Company writer Drake Baer says, “If we want to be super creative, we have to learn to be super dedicated. It’s a hardworking thing.” He references painter Chuck Close, who says, “Inspiration is for amateurs—the rest of us just show up and get to work” and composer Peter Tchaikovsky: “A self-respecting artist must not fold his hands on the pretext that he is not in the mood.”

Ira Glass would agree. One must get to work making art and making lots of it. Mr. Glass says:

Nobody tells this to people who are beginners … All of us who do creative work, we get into it because we have good taste. But there is this gap. For the first couple years you make stuff, it’s just not that good … But your taste, the thing that got you into the game, is still killer. And your taste is why your work disappoints you. A lot of people never get past this phase, they quit. Most people I know who do interesting, creative work went through years of this … And if you are just starting out or you are still in this phase, you gotta know it’s normal and the most important thing you can do is do a lot of work. Put yourself on a deadline so that every week you will finish one story. It is only by going through a volume of work that you will close that gap, and your work will be as good as your ambitions … You’ve just gotta fight your way through.

Charity Singleton Craig, a fellow editor at The High Calling with whom I coauthored On Being a Writer, referenced an article by Russ Ramsey that discussed the story of master painter Rembrandt, who was acutely aware of his limitations, that he couldn’t “paint the way they want me to paint.” The article said, “Rather than focus on what he couldn’t do, he became a master at what he could: painting to become the best Rembrandt he could be.” Driving this were two things: mastery and joy. Charity explains, “I’ve been writing long and often enough to realize what I can’t do. Yet I had not been inspired to take what I can do to the next level, to do the work of being the best writer Charity can be … I set out to become a master writer … To do so, I had to have a plan.” She formed one—a lasting plan to create and cultivate good work for a lifetime.

Overcome and Do Not Grow Weary

Steven Pressfield knows what challenges people face, even with a plan. He writes in his book The War of Art, “There’s a secret that real writers know that wannabe writers don’t and the secret is this: it’s not the writing part that’s hard. What’s hard is sitting down to write … What keeps us from sitting down is Resistance.” This is true not just for writers, but for any kind of art, any kind of work.

Overcoming resistance requires us to not grow weary in doing good, as Amy L. Sullivan knows from experience when she showed up, time after time, to fulfill her commitment to mentor. Elizabeth Anne May also learned about not growing weary while dealing with the difficulties of her daughter’s chronic illness, which requires regular scheduled inpatient hospital visits so she can receive medication intravenously. They’ve found the good in it, even making good out of it in creative ways, communicating gratitude to medical staff and tracking gratitude along the way.

A Long Obedience in the Same Direction

Shaun Groves shared his thoughts in response to Eugene Peterson’s book A Long Obedience in the Same Direction and excerpted the following in which Peterson observes, “Everyone is in a hurry”:

[Western Christians] are impatient for results. They have adopted the lifestyle of a tourist and only want the high points. But … The Christian life cannot mature under such conditions and in such ways … Friedrich Nietzsche, who saw this area of spiritual truth at least with great clarity, wrote, “The essential thing ‘in heaven and earth’ is … that there should be long obedience in the same direction; there thereby results, and has always resulted in the long run, something which has made life worth living.” It is this “long obedience in the same direction” which the mood of the world does so much to discourage.

Shaun Groves reflects that “[t]hose words, written in 1980, are even more true today aren’t they? I want a small tweak that will make me a whole new man. I want a quick read that will make me wise. A three-minute song that will give me intimacy with or revelation from God. Three steps to well-behaved kids. A fight, not marriage counseling. I want a devotion, not a bible study. A retreat weekend, not a life of early rising for silence, study and prayer. A Sunday service, not an all-week community of shared accountability, time and resources.”

Over time, through practice, through persistence, through work, we create good in this world, leaving it stronger, more whole, more fruitful, more beautiful. And, most likely, we’ll find ourselves stronger and more beautiful in the process.

Ann Kroeker is a content editor for The High Calling and Tweetspeak Poetry, a freelance writing coach, editor, author of Not So Fast, and co-author of the recently-released On Being a Writer.
Featured image by spaghettipie. Used with Permission. Sourced via Flickr. Article originally shared at TheHighCalling.org. 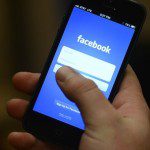 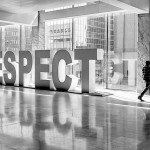 July 30, 2015 Lead with Respect in Three Easy Steps
Recent Comments
0 | Leave a Comment
Browse Our Archives
get the latest from
Best of Patheos
Sign up for our newsletter
POPULAR AT PATHEOS Faith and Work
1