Are comments boxes worth the trouble? Or are they just near occasions for the sins of uncharity and despair?

More experienced bloggers than we have decided that comments are simply not worth the effort it takes to keep them minimally civil. In fact, the good deacon, revisiting his closure of the comments box on the occasion of NCR suspending their comments, argued quite persuasively that leaving them behind has increased both his readership and his blog’s capacity for offering authentic Christian witness.

So, why are we bothering with comments, other than the fact that moderating them may earn us some time off in Purgatory?

Thus far, we’ve had a very good experience with keeping comments open on the main TJP site — surprisingly good, in fact, enough so that I knock on wood whenever I discuss it, hoping that the miracle continues. Over the course of the past two years, commenters have made the site a better and more vital place. They’ve shared their own authentic experience, both religious and otherwise; they’ve raised important questions that advanced the discussion; and we even have a few examples where there have been real moments of reconciliation in the comments boxes.

We hope the same will be true here, and so far, there are some promising signs. In our first few weeks here on Patheos, we’ve had a fair bit of activity in our comments section, and we’re trying to commit to remaining engaged with it. While most of it has been good, some of the comments, unfortunately, have trended in the direction so accurately skewered by Fr. James Martin, SJ: the peculiar blend of accusations of heterodoxy and presumption of bad motives that seems to plague discussions of religion on the internet.

Thus, we’ve realized we need a comments policy. (We know, we know: no policy will ever keep all the trolls away. We’ll probably need to wield the banhammer too, and we will.)

The simplest comments policy would be just to quote the praesuppositio from St. Ignatius’s Spiritual Exercises, where it stands at the beginning of the retreat. It also stands at the beginning of Jesuit formation, drilled into us early in formation as the “plus sign.” If you’ve spent any time around Jesuits, you’ve probably heard one of us refer to “putting the plus sign on it,” or maybe even heard one of us sarcastically calling out another for failure to do so, thus demonstrating that we’re as capable of missing the point as anyone else. Here it is:

To assure better cooperation between the one who is giving the Exercises and the exercitant, and more beneficial results for both, it is necessary to suppose that every good Christian is more ready to put a good interpretation on another’s statement than to condemn it as false.  If an orthodox construction cannot be put on a proposition, the one who made it should be asked how he understands it.  If he is in error, he should be corrected with all kindness.  If this does not suffice, all appropriate means should be used to bring him to a correct interpretation, and so to defend the proposition from error. (Spiritual Exercises [22])

Calling this standard the “plus sign” helps to drive the home the point that it has to be deliberately added to what we hear — the obligation is on the one hearing another to supply the better interpretation, not on the speaker to preemptively defend the statement. And if that first attempt at positive interpretation fails, the obligation is to seek clarification by inquiring about how the speaker understood what he said. Only after those avenues have been explored is any attempt at correction made, and then “with all kindness.”

But, the internet being what it is, even the plus sign won’t cover everything. Plus, since this is a venue in which we’re hoping especially for dialogue across difference in theological styles and between believers and non-believers,  So while we’re starting there, we also have the policy below, highlighting some of the most common ways we’ve seen comments boxes go wrong, and explaining what we will be moderating for.

We want to allow all comments, especially including those that disagree with us or are critical of us — but we want even more to have a space that encourages real dialogue.

Put another way: if you’re more interested in standing on a soapbox and shouting than you are in actually talking to other real people who may disagree with you in good faith, you’re in the wrong place. If you get a little thrill of excitement when you get to tell someone why they’re wrong — well, succumbing to that temptation is where trolls come from. Don’t become a troll. We like you better as a person.

So, if your comments (either in tone, frequency, or content; examples below) are hindering the larger community’s ability to have a meaningful discussion, you’ll be warned (with a link to this policy), and then banned if necessary. We also reserve the right to delete without advance notice comments that are inappropriate, especially when they are ad hominem or involve a personal attack.

And, yes, comments will be evaluated solely at the discretion of the bloggers here. If that’s a problem, it’s a big internet, and we hope you enjoy having your own blog elsewhere.

Here’s some examples of of what we’re trying to avoid. This list is not meant to be exhaustive — if you find some novel way to derail conversation in the comments box, congratulations! We’ll moderate for that too.

And yes, I’m aware that this piece itself got long and went point-by-point. Guilty as charged.

The comments box is open. Let’s try to keep it that way. 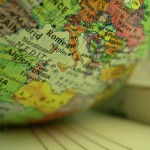 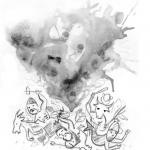 March 4, 2014 Not Even Wrong: Answering the New Atheism with Better Belief, Not Better Arguments
Recent Comments
0 | Leave a Comment
Browse Our Archives
Related posts from The Jesuit Post