The Freemasons may be more pagan than we thought…

Of course we all know there are portions of the rites of Freemasonry that found their way into contemporary neo-pagan and Wiccan ritual (like the use of the words “So mote it be”). But aside from their penchant for holding rites in fancy indoor temples and wearing ominous robes and mystical jewelry (and then there are those neat metal car ornaments), we don’t tend to think of them as all that pagan.

Whew! That’s a long and salacious title even for the Daily Mail!

Now, just to be clear, the Battle Creek order of Freemasons has denied that this, um, social event had anything to do with their organization, and that a party promoter had rented the space without, apparently, offering any details as to its exact nature. 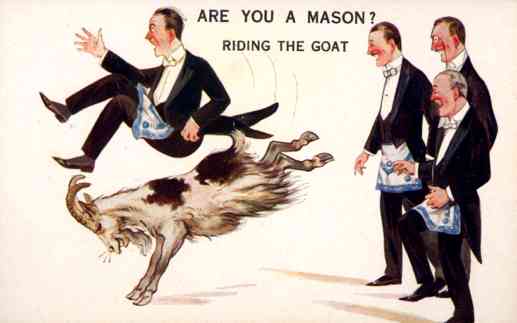 September 10, 2013 Ashes to Ashes: Cremation Arose from Occult Practices?
Recent Comments
0 | Leave a Comment
Browse Our Archives
get the latest from
The Witching Hour
Sign up for our newsletter
POPULAR AT PATHEOS Pagan
1

Your Witchcraft Practice Is Valid
When it comes to "valid witchcraft," there's an ugly undercurrent in today's...
view all Pagan blogs
What Are Your Thoughts?leave a comment
Copyright 2008-2020, Patheos. All rights reserved.