Help Us, Stevie Nicks. You’re Our Only Hope 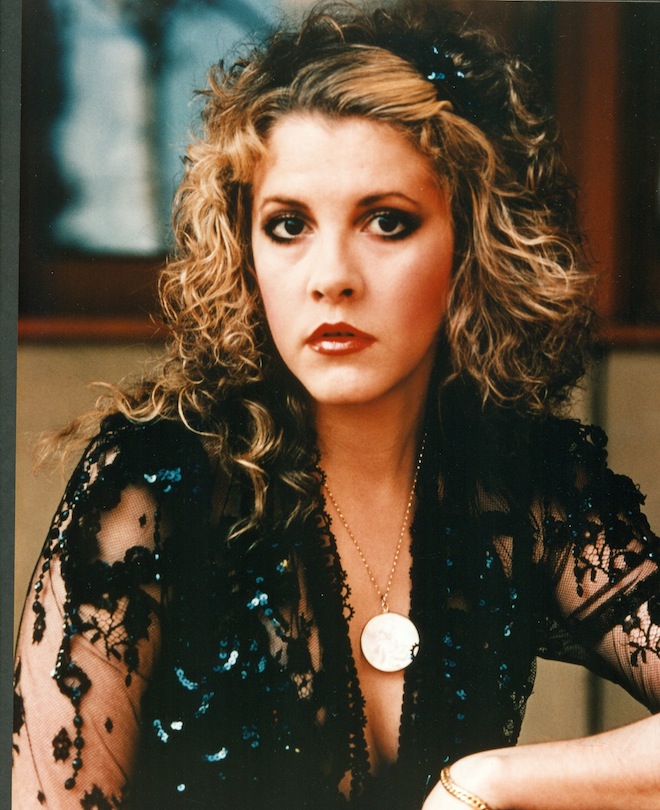 Hey, AMERICAN HORROR STORY: COVEN, Who Are You to Keep Us Down?

Five episodes in, I think it’s safe to say the show’s creators are not terribly interested in portraying modern witchcraft or Voodoo as life-affirming spiritual paths. Consider last week’s episode, “The Axeman Cometh,” which begins with a serial killer’s voiceover. He claims to be a spirit, not of this world, though physically he is a sexy sax player with salt-and-pepper sideburns (Danny Huston). It is 1919, and the exceptional young ladies of Miss Robichaux’s Academy are gathered round a newspaper reading the Axeman’s latest message. He announces he will kill again unless all the houses in New Orleans have jazz music playing at midnight.

So, what do the young witches, who are also suffragettes, decide to do? Well, after proclaiming some stuff about being docile too long, and how they’re descendants of Salem, and their feminine might, intelligence with grace and iron will, they wait for him to arrive (they’re blasting opera on the phonograph to lure him), circle around him in the dark, and stab him to death, multiple times. While wearing black hooded capes.

Yes, it’s a spooky image and an intense scene to open the show. But…since when does “feminine might” translate to gang-stabbing? Not saying the guy didn’t deserve it. But if they’re such powerful iron-willed suffragettes, what’s with the gratuitously-phallic violence? Isn’t there some more fitting way to dispatch him that’s steeped in female imagery? Like, oh, drowning him in a cauldron of blood? For all the TV shows, movies and horror literature the show has paid homage to so far (The Craft, Hex, Charmed–based on The Craft, Carrie, Harvest Home, Harry Potter, Halloween, Buffy the Vampire Slayer), that X-Files episode including Wicca (“Sanguinarium”) is not one of them (yet), because if it had been, the suffragettes surrounding a bathtub of blood would have been just as juicy and creepy as the circle jerk, er, stab.

Lilith Dorsey and I had our fifth after-show chat this week, and we agreed that the show’s continued emphasis upon revenge-driven violence is problematic. It’d be one thing if the revenge were related to the show’s larger themes: that is, the great American horror story that is slavery, or the Salem witch trials. The previous season’s “horror stories” went beyond the character-driven dramas (in the first season, the fractured nuclear family, and, in AHS: ASYLUM, the torture of the mentally ill). The horror stories, in other words, explore the horrific effects of these American institutions, and the ways in which our nation is still haunted by them.

We’re troubled by Marie Laveau’s pent-up anger and her penchant for using her religion to wreak mayhem, which she has apparently been doing for over a century. Angela Basset is fantastic, but even she must notice the shrinking roster of emotions her character is displaying lately. We’re troubled by the witches who seem motivated by anger, vanity, lust, greed, and perversion, in roughly that order. We’re troubled that, for all their seemingly exhaustive research of history and folklore, the producers choose to represent these witches and voodoo priestesses as purveyors, rather than vanquishers, of evil. Yeah, it’s a horror show, we get that. But why knives and chainsaws and throat-slitting and acid-throwing? Why not more, I dunno…magic? 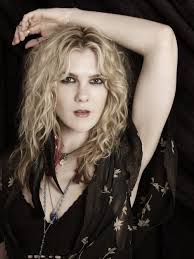 And that is why Misty Day (the excellent Lily Rabe) has become my beacon. And why Stevie Nicks’s appearance on the show is my last hope for some semblance of positive female empowerment amid all this bloodshed. Consider: Misty is the closest thing to a healer the show has, now that Cordelia is somewhat sidelined. She is the only character so far who has a connection to nature: the archetypal witch in the woods (okay, swamp) who knows her flora and fauna and isn’t afraid to use them. And her obsession with Stevie Nicks, in her persona as the White Witch, the Welsh goddess Rhiannon, as silly as it may seem to some viewers, is a positive, empowering image. Stevie in her gypsy togs and heavy eyeliner may be a throwback, but we need her.

Every spin, with shawl swirling and dainty boots dancing, is a spell, a small circle conjuring magic, mystical and thrilling in the way that only a rock and roll performance by a beautiful woman can be, in a way that has nothing to do with revenge or anger (well, maybe a little bit of it comes through on the Rumours album, but that’s why it was a best-seller, hey?), and it is this witch archetype that may redeem the show, in the eyes of practitioners who are shaking their heads at all the stabby showmanship.

In Stevie’s magic circle, there is feminine might, intelligence with grace. The magic and meaning of the lyrics is there, too, as Misty tries to explain to Zoe who has never heard of Stevie Nicks: “The white witch!” Misty says excitedly (even though Stevie herself denied it, as this blogger points out), and Zoe thinks she may be a bit dotty. Misty gets a beatific gleam in her eye, trying to explain what “Rhiannon” is all about. “Listen to the lyrics. This was her anthem. Doesn’t it just penetrate your soul and tell the truth about everything you’ve ever felt in your whole life?” she asks? ““Totally,” Zoe says.

And the lyrics of Stevie’s songs frequently serve as counterpoint to the dramatic action: “Wait a minute, baby/stay with me a while/ said you’d give me light/but you never told me about that fire” (from “Sarah) she sings as she lays next to Kyle, healed and brought back from death. Is she asking him to stay and ease her loneliness? And is the light/fire image referring innocently to youthful love and passion, or to the church goers who burned her at the stake? When Kyle returns to Misty’s home, he has a traumatic reaction while she bathes him, remembering his mother. He knocks over the tape player, and the volume knob gets turned way up, as Don Henley sings “Could you ever love a man like me?” (“Leather and Lace”) Zoe shows up, needing Misty’s help, and she tells Zoe to take Kyle away: “He killed Stevie” she says, and we know she means the tape player. But her bright red dress, dripping fringe, signals a new persona for Misty, violent and bloody: coming into her power in a way she may not be ready to accept.

Kyle may indeed have killed Stevie; he is living (if that’s the word) proof that Misty’s power of regeneration is used for harming, not healing. Even hiding in the swampy hinterlands can’t remove her from the wider world’s influence, where witches are apparently agents of destruction. Trying to embody the less-malevolent witchcraft of Stevie Nicks, Misty finds herself drawn again and again to use her powers to kill as well as to heal, even if the killing is an unintended consequence. And, of course, she wants revenge for being burned at the stake. Who wouldn’t?

I keep wondering about redemption, which is not at all the same as revenge. How will these women redeem their choices and their fates? I am hoping the forthcoming episode with Stevie Nicks will offer some enlightenment, some shift in this paradigm of killing. It is even confirmed that Stevie and Misty will sing together. Any guesses as to what the song will be? My prediction: “Gold Dust Woman.” (It’s about the shadow side every woman has; I can see the two women singing this to each other, maybe glancing over at Zoe while singing “Pale shadow of a woman…black widow.”

Unless they decide to go with “Rhiannon.” Dreams unwind…Love’s a state of mind… 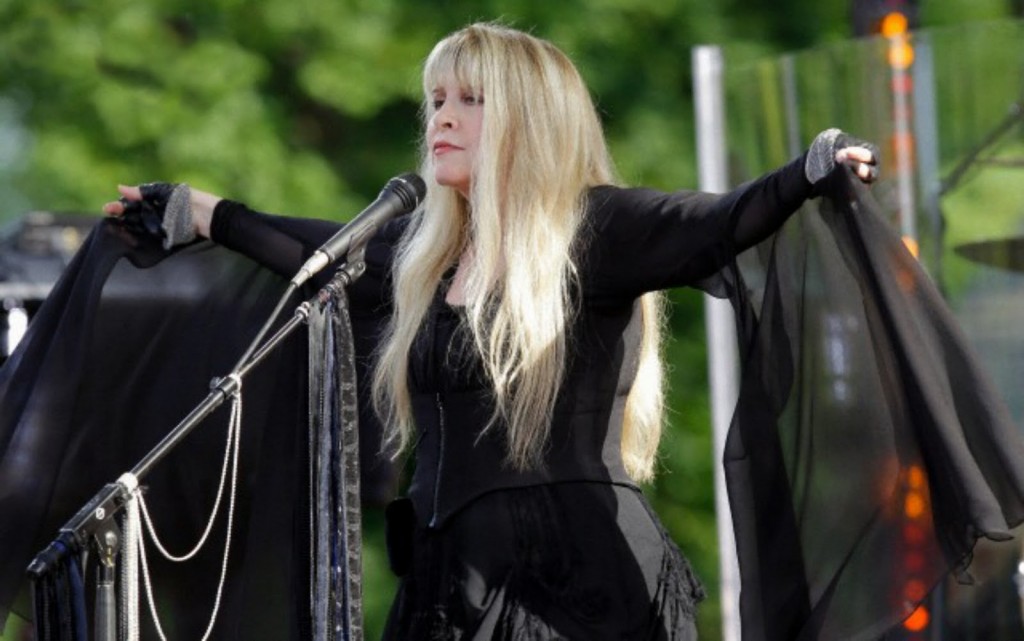