Review: THE SISTERHOOD OF NIGHT

“What shall we do, little sisters? The sky is falling.” ~~Mary Warren, in her journal

THE SISTERHOOD OF NIGHT is a layered and complex film masquerading boldly as a teen drama. Somehow it manages to be a cautionary tale of technology addiction,  a coming of age romance, a meditation on history repeating, and a celebration of individuality. It’s also about the alluring idea of witchcraft and how it permeates those pockets of our culture where adolescent females congregate.

Mary Warren (and yes, hers is not the only character name referencing the Salem Witch Trials) is a brassy, wise-ass teenager living in upstate NY whose artistic pursuits are more important than her grades. After she has a nasty confrontation with shy but socially-eager blogger Emily Parris following an audition, she deletes her social media profiles and takes what she calls a “vow of silence.” She starts a secret club called The Sisterhood of Night and invites friends very selectively; they are all sweet, attractive misfits, like Catherine Huang, whose mother is sick with cancer, and Lavinia Hall, a talented musician with a hopeless crush on a popular jock.

As word spreads of the secret club, fellow students react with curiosity, jealousy, and, eventually, vindictive cruelty. What seems most vexing to everyone is the sisterhood’s silence. A media bacchanale ensues, painting the girls’ nocturnal activities as unwholesome, including Emily’s blog that becomes a hotspot for abuse survivors, the local paper that publishes lurid headlines (like “Girls’ Sex Cult?”), and a Facebook frenzy of epic proportion ignites around school.  The film cleverly allows us to speculate for a bit about the rumor mill’s potential accuracy, and to wonder at social media’s shocking failure as a networking tool when one simply decides to stop using it.

This dramatic yet plausible story of adolescent angst and cyberbullying is brilliantly adapted from Stephen Millhauser’s excellent short story, written years before the internet became pervasive. Kudos to Marilyn Fu for crafting a savvy and timely adaptation that creates strong and complex characters from what were bare-bones sketches in the original story (which was also devoid of dialogue). The story is made all the more authentic by stellar performances from all of the young actresses, particularly Georgie Henley (seen in the Chronicles of Narnia films) as Mary, and Moonrise Kingdom‘s Kara Hayward as Emily.

“What shall we do with our daughters?” the first-person narrator (who only ever says “we” and never “I”) of Millhauser’s story asks. He is the father of one of the girls who has surreptitiously joined the Sisterhood of Night. He seems to be best represented in the film by Kal Penn as the compassionate guidance counselor who lets himself get drawn a bit too closely into the girls’s web of secrecy. But the girls’ mothers are also revealed to have their own struggles that make them ineffectual at navigating the chaos of their daughters’  lives, dealing with dating after divorce, workaholic tendencies, and helicopter parenting borne of protective Christian values. The Sisterhood of Night scares them.

And why not? Their daughters sneak out after dark and head for the woods on the edge of town, there to…what? Dance? Chant? Worship the moon? Have orgies? Perform satanic rites? All of these and more are the stuff of gossip that puts the town on the map, and eventually the accusations find a too-tender target when one of the girls can’t cope with the public humiliation following a mean prank on Hallowe’en. At the height of the madness, Mary sarcastically confesses to her mother “I’m a witch, and the sisterhood is a cult.” Her mother reacts emotionally, demanding to know why her daughter is “acting crazy.” “How did we become strangers?” she wonders. “Because I don’t want to be like you,” is Mary’s cold reply. Surely many parents have been tempted to ask themselves: what but witchcraft could explain the behavior of a rebellious adolescent girl?

When this film opened in select theaters in April, I wrote a blog post announcing it and praising the short story it’s based upon. Seeing it again today, as it is now available streaming on Netflix and on DVD, I was struck by how moving and nuanced the film is. The uplifting ending is not necessarily in keeping with Millhauser’s pensive, downbeat tone. But it’s a hard-won redemption that trumpets exuberantly in favor of young womanhood’s need for shouting, singing and silence in equal measure.

May 18, 2015
The Cusp of Occultism and the New Age: MAD MEN's Pagan Finale
Next Post

July 31, 2015 Media Witch Update, Lammas Blue Moon Edition: Will there be a XENA Reboot?
Recent Comments
0 | Leave a Comment
Browse Our Archives
get the latest from
Pagan
Sign up for our newsletter
POPULAR AT PATHEOS Pagan
1

Hoodoo How We Do: Underwear Spells
Voodoo Universe
Related posts from The Witching Hour 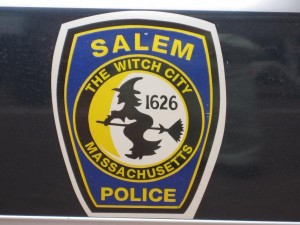 Pagan
It's October! Time for Witch Wars!
The Witching Hour

Pagan
The Man Who Put a Spell on Trump:...
The Witching Hour
TRENDING AT PATHEOS Pagan