Why I Love Eternity Bible College

I often tell people that I don’t think I could ever teach at another college again. Don’t get me wrong. It’s not like Princeton is banging down my

door offering me a job. But even if they did, I wouldn’t take it. I couldn’t leave. I absolutely love teaching at Eternity Bible College and I don’t think I could ever teach anywhere else. Here’s why.

Eternity Bible College (EBC) is committed to providing debt free education. You read that right, folks—no debt. In the 11 years of its existence, there hasn’t been a single graduate with even a penny of school debt accrued from our college. Not a one. No debt. We don’t believe in it. Tuition is $175/credit, which amounts to about $22,000 for an entire four-year degree.

People ask us how we do it. Well, we rely on donor support from individuals and churches. But every school functions this way. So why are our costs so low? The answer is simple. We do one thing, and one thing only: biblical theological education. No bells and whistles, no fountains and dorms and stadiums and soccer fields and recreation facilities and elaborate student life programs and courtyards and on and on and on. None of this is bad. In fact, I kind of wanted all of this stuff when I was a student. And I got it. Along with a pile of student debt. The fact is, the college experience is super expensive, but a solid college education doesn’t have to be.

Plus, we don’t have pyramid-like salary structures. At most Christian colleges, pay scales are hierarchical; the big boss at the top makes bank (250k-500k for the average Christian college president), other admin make between 100k-200k, while the Bible profs, who are a dime a dozen, need a second or third job to survive. We do things much differently at EBC. No pyramid-like pay scales. Our salaries are based on need not hierarchy. No one’s making bank just because the world says they should. And so the students don’t have to go into debt to fund 6 figure salaries.

The coolest thing about offering debt free education is that students aren’t frantic about making a lot of money when they graduate. They can actually focus on furthering the mission of God in whatever area they’re gifted in (music, art, ministry, missions, etc.). I’ve seen many people not pursue the vocation they wanted to, because they had to go with the highest paying job to pay off school debt. But this cripples the mission. It prevents human flourishing. And it turns many would be youth pastors and missionaries, for instance, into high-salary seeking American dream chasers. It’s tough to pay off 50k of school debt on a youth-pastor’s salary, and you’ll have a tough time finding a sending agency with a pile of bills from Bible College.

But you know what else I love about EBC? It’s not just for aspiring pastors and missionaries. It’s for anyone who desires biblical theological learning. It’s for all Christians. I’ll tease this out in the next post.

Here’s a brief video of Francis Chan reflecting on the founding of Eternity Bible College at its 10 year anniversary:

February 18, 2015 Eternity Bible College: For Everyone
Recent Comments
0 | Leave a Comment
"I just want to point out to current readers that EBC is now fully accredited ..."
Shannon Tristal Why I Love Eternity Bible College
"I don't think God killed Jesus; but I am beginning to think someone killed Preston ..."
Caspian Did God Kill Jesus?
"I remember reading a book written in the late 1940s that claimed young people at ..."
ThoughtorTwo . Why Are Millennials Leaving the Church ..."
"First of all, this was from almost a year ago. Second, if Jesus is going ..."
Hilary Jesus Was a Jew: Understanding Jesus ..."
Browse Our Archives
get the latest from
Evangelical
Sign up for our newsletter
POPULAR AT PATHEOS Evangelical
1

Experiences of an Evangelical Theologian 6
Roger E. Olson
Related posts from Theology in the Raw 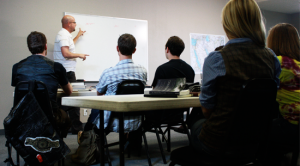 Evangelical
What on Earth Are You Doing?
Theology in the Raw