Gay Sex—What is Paul Cranked Up About?

The following post is by Jeff Cook, where he responds to my opening argument about the Bible and same-sex relations. This post is part 6 of 10 in the debate between Jeff and me about homosexuality.

I wish to affirm, wish to grant and wish to champion much I read in Preston’s opening.

I trust Preston’s heart as he calls us all to consider, not someone else’s sin, but our own. I am grateful that he is pushing those who follow Jesus to love gay folks boldly, to repent of all past abuses and (if I may read 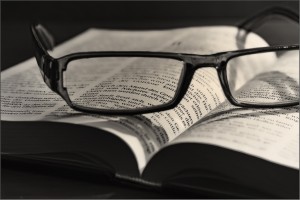 into his language) to remind ourselves that the worst sinner we know is ourselves and if we speak to others about their illicit behavior, we do so from a place of synonymous moral failure and desperation.

Moreover, because I have read a draft of Preston’s excellent upcoming book: People To Be Loved (Zondervan 2016), I have seen the long version of the arguments he pitched Monday. I do think Preston’s case against monogamous same-sex relationships is strong and (specifically regarding the moral attitudes and history of sex in the first century) forceful. This is why for those of us who think God *does not* prohibit monogamous gay relationships, Preston’s work will require wrestling. He sets out his case in a concise way with grace and insight, and his case has teeth.

Structure and the Question at Hand

Now, I understand that Preston wants to get down a “cumulative” case and I don’t wish to undermine his opening, but in asking the question of the debate: “Does the New Testament prohibit Monogamous Same-sex Relationships?”—I will grant nearly everything he says in his first three arguments.

In the lone claim that seemed to affect my position Preston asked, “Does the New Testament do away with the levitical laws against same-sex relations? The burden of proof rests on interpreters who say it does.”

Let’s assume a divine command theory for a moment. Clearly lots of the rules stated in Leviticus are abandoned, revised or demoted in the New Testament—so there is precedent. As such, it’s not enough to simply shift the burden. What needs to be outlined by Preston (and by me) is a Christian moral theory that shows why we embrace *some but not all* of Leviticus/the Torah. Because there is clear movement in the ethical commitments of early Christianity away from some of the teachings of Torah, we need to know why. What is the moral logic behind the revisions of Jesus, Paul, and others?

From my perspective the reasoning is clear (and outlined here in my opening statement). Jesus prescribed a moral paradigm shift, rejecting the deontological approach to moral goodness of Moses and teaching that the truly ethical person is one whose heart reflects the virtues of God. Becoming virtuous—being perfect as your father is perfect—is the target of the moral life. Jesus and the New Testament writers say over and again that once one’s insides reflect the character of God one cannot fail to do all that is most essential morally.

This is why we can say honestly and boldly, the New Testament does not prohibit monogamous same-sex relationships. By their nature, they simply do not insult virtue.

A lot has been inked on Romans 1. I hope here to respond to Preston’s argument by highlighting (all too briefly) what I see as the structure and focus of Paul’s intro to this exceedingly important letter.
First, I agree that Romans isn’t about pederasty. I think the whole of Romans 1 is about who is king and who is worthy of worship. Paul is not simply cranked up about gay sex (that simply doesn’t fit the structural focus of the letter). Paul is making points about Caesar, a false god, and the dehumanizing effects of worshipping this idol. Because the context of Romans 1 is about pagan worship, I think it is a mistake to read all monogamous same-sex relationships into Paul’s language. Notice, the sexual activity in Romans 1 is orgiastic. Paul is not painting the mutually edifying, self-sacrificial, monogamous unions between men or women in Roman culture. Monogamous same-sex relationships are nowhere in sight when reading Romans 1.

Second, notice the cause and effect relationship Paul unveils. Those Paul is speaking of “knew God, [yet] they neither glorified him as God nor gave thanks to him,” and this causes the subjects of Romans 1 to enter into the orgiastic worship practices outlined. But certainly this does not apply to many Jesus-following, Bible-believing, Spirit-empowered practicing homosexuals—who do glorify God and give thanks to him routinely and experience God’s sanctifying work in their lives.

In short, even when assuming a Divine Command Theory, there are reasons to think Paul is not speaking about those with a gay sexual orientation. But how would this argument fair if we assume Jesus’ virtue ethic and reject a divine command theory?

Clearly the affirming virtue ethicist will stand beside Paul and in unison condemn a devotion to idols, the suppression of truth, and thanklessness toward God. But they will note that “the darkened human heart” (v. 21) is the central focus of Paul’s observation and that *every immoral act noted in Romans* flows from this darkened heart. That is, the acts Paul condemns in Romans 1 are only those which proceed from the decimated character of the idolater. The acts themselves (orgiastic pagan worship) are bad fruit emerging from a bad tree, but it is the darkened human heart—dimmed through the power of sin, taking hold through the inlet of idol worship—that is the real problem.

Gay sex, as a category of behavior, is not the issue.

Virtue again has hermeneutical and paradigmatic power in this letter, for a focus on virtue and vice cleanly connects the ethical content of not only chapter 1 with 2-3, but also with the moral observations of chapters 6-8 and 12-15.

Virtue is likewise the center of God’s remedy in Romans: faithfulness to the Creator’s Son. Looking at the letter as a whole, faith in Caesar makes one less human (Rm 1), faith in the Risen Son of God makes one more human (Rm 8). Those with faith in this gospel—which can clearly included practicing homosexuals—are a resurrected family connected to the root of Jesse through the grace of “the only wise God” (Rm 16) and “the power of the Holy Spirit” (Rm 15). We should then “accept one another, just as Christ accepted us” … “Making every effort to do what leads to peace and mutual edification.”

A dissertation might be necessary to do real justice to the insights unveiled in Romans through a focus on virtue, so let’s move on.

I was hoping Preston would offer more here since I find these two passages much more difficult to wrestle with than Romans 1. The only thing I wish to say in response is that much work will need to be spent on translating the two words (which I know Preston does in his book), and I think the connection to Leviticus is a powerful point.

First, I would reassert my argument from virtue, and ask “Is it possible that the language used here is painting with too broad a brush and unintentionally calling some relationships impermissible that can actually be God honoring?” If virtue is central to what it means to be a good human being, then painting to wide is a real possibility, and as such I think we should—at the least—be agnostic regarding these two texts.

If we translate the words the way Preston does, does this not mean we must castaway those involved in monogamous gay relationships from church life?

I can see this being the natural progression of Paul’s thinking regarding those who have sex with the young, those who use sex to dominate and those involved in orgiastic sexual encounters like those in Romans. But excommunication seems unnecessary and extreme when we think of a monogamous gay couple. Because the punishment is too severe we have good reason to think monogamous same-sex relationships are not the target of these two passages.

Jesus and Revising the Law

Finally in our debate about whether the New Testament prohibits same sex relationships only one passage was highlighted in the Gospels. Jesus said, “It was because your hearts were hard that Moses wrote you this law [about divorce]. But at the beginning of creation God ‘made them male and female.’ … So they are no longer two, but one. Therefore what God has joined together, let no one separate” (Mk 10).

There is something exceedingly important here we should not miss. Jesus argument undercuts and revises the Law of Moses. That is, Jesus taught that Moses got it wrong.

Again, I submit we need a theory for why Jesus felt it appropriate to not merely revise, but reject outright this teaching of Torah. Is Jesus just trying to win an argument? Is Jesus being arbitrary? I submit that Jesus has a moral focus clearly in mind. I submit that the target of Jesus ethic is virtue. (Divorcing a spouse in the way described by Moses in Deuteronomy 24 is not faithful nor loving, and as such Jesus rejected Moses’ prescription.) For Jesus, virtue had the definitive moral weight. He changed Biblical requirements when laws fell short of virtue.

Given Jesus’ moral target, I stand by my claim that virtue has hermeneutical force and since monogamous same-sex relationships do not violate the Christian virtues they cannot be the target of the three apparent New Testament prohibitions.

Grace and Peace to all of you.

Jeff Cook lectures on philosophy at the University of Northern Colorado. He is the author of Seven: The Deadly Sins and the Beatitudes (Zondervan 2008), and a pastor of Atlas Church in Greeley, Colorado. You can connect with him at everythingnew.org and @jeffvcook.

April 24, 2015 Did Moses Get it Wrong?
Recent Comments
0 | Leave a Comment
"I just want to point out to current readers that EBC is now fully accredited ..."
Shannon Tristal Why I Love Eternity Bible College
"I don't think God killed Jesus; but I am beginning to think someone killed Preston ..."
Caspian Did God Kill Jesus?
"I remember reading a book written in the late 1940s that claimed young people at ..."
ThoughtorTwo . Why Are Millennials Leaving the Church ..."
"First of all, this was from almost a year ago. Second, if Jesus is going ..."
Hilary Jesus Was a Jew: Understanding Jesus ..."
Browse Our Archives
Related posts from Theology in the Raw