Sex, Intersex, and the Fall: The Dialogue Continues

It’s been a couple weeks now since I’ve engaged Megan DeFranza’s book Sex Difference in Christian Theology. It’s been a crazy busy month, which included a last minute week-long hunting trip outside of Billings, Montana. Perhaps the best thing for my soul was that the 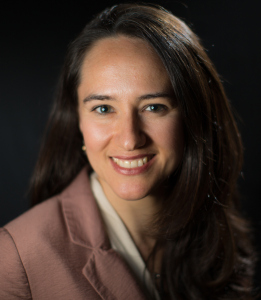 lodge where we stayed had a crappy internet connection, which prevented me from blogging or checking my email.

In any case, I’ve got two more thoughts (= blogs) that I’d like throw out regarding Megan’s book. The first has to do with “the fall” and the second, which I’ll address in my next and final blog (fingers crossed), is about modern conceptions of masculinity and femininity.

I want to begin by saying that I’m grateful for Megan’s thoughtful and gracious interaction with my responses to her book. If you’re just joining us, it’d be good for you to read my first three blogs HERE, HERE, and HERE, along with Megan’s responses HERE, HERE, and HERE. I’d do injustice to her complex and compelling argument if I tried to sum it up in one pithy sentence. But for the sake of simplicity, Megan and I have been dialoguing about the role that intersexuality plays in our theological anthropology. Specifically, are there only two sexes—male and female—or does the presence of intersex persons prove that there are more? Megan argues that there are more, and I…well…I’m not quite convinced that God designed humans to live outside the male/female binary.

But, the fact is intersex persons exist. Some people are born—and live with—a sexual identity that’s neither male nor female. So how do we think through our sex-identity when we don’t fit the male/female binary? (I hate “us/them” language, so I’m going to use an inclusive “we/us” wherever possible.)

One popular explanation has been “the Fall.” The reason why some persons are born with an ambiguous sex is because the fall has touched every fabric of our humanity including our biology, which includes our sexual anatomy. Some people are born with cleft lips. Others are born blind. Still others are born with missing limbs, organs that don’t function correctly, or with XY (male) chromosomes and a vagina. This doesn’t mean that God designed humans to exist beyond the female/male binary. It only means that the Fall has touched our sexual anatomy.

Now let me shoot straight with you. I’ve always assumed the Fall to be a logical explanation for the presence of intersex persons. It makes perfect sense to me, yet I don’t claim to be a biologist or an expert in the ethical questions related to intersexuality. This is why I was very eager to see what Megan had to say about “the Fall” argument, since it seems to me that it’s an either/or situation. Either the Fall explains the presence of intersex persons, or the Fall is not a good explanation and we should therefore conclude that God designed intersex persons as a third (or other) sex alongside males and females. I anticipated a robust evaluation of the fall argument in Megan’s book. But to be honest: I didn’t find one.

I’m more than willing to be shown wrong. But it seems that Megan quickly dismissed the Fall as an explanation for the intersex difference without giving compelling reasons why. She first brings it up on pages 11-12 in response to an article by Chuck Colson but immediately rejects it as “the knee-jerk evangelical response that views intersex as a product of the Fall” (p. 11). Okay, I thought, I can’t wait to hear why this is a bad explanation. So I kept reading.

Megan doesn’t bring it up again until pages 149-150, where she only hints at it by referencing “a number of conservative theologians” who “hide, downplay, or dismiss intersex” presumably as a product of the Fall. Again, on page 158 she evaluates Pope John Paul II’s view of intersex as being a “physical defect,” which I take to implicitly refer to the Fall. But again, she doesn’t accept this as a valid explanation.

The main section where Megan deals with the Fall is on page 173. As far as I recall—and as far as my notes remind me—this page represents Megan’s most extensive interaction with the Fall explanation in her entire book. And again, I waded through her book eagerly anticipating that Megan would debunk the fall explanation of intersexuality. When she started to address it on page 173, I perked up in my chair anticipating that my assumptions about the Fall would be disproven, discredited, refuted—which I would eagerly accept, if her arguments were compelling. Here’s what she says:

Theological reflection on intersexed bodies must extend beyond their dismissal as products of the Fall. As I argued in chapter 2, Jesus in his words about eunuchs, even in the context of his affirmation of the creation account of male and female, does not dismiss physical intersex conditions as a product of the Fall to be overcome.

Whoa, wait a second. Even if Jesus had intersex persons in mind when he referred to eunuchs in Matthew 19 (which is not very clear), all he said is that some people are “born eunuchs,” which doesn’t in itself mean their sexual anatomy and genetic makeup were untouched by the Fall. I’ll let the reader be the judge. It doesn’t seem clear to me that Matthew 19 validates the view that intersexuality is not the product of the Fall.

[Jesus] teaches his disciples that they can learn from eunuchs. Even more, he instructs them that those who can should model their lives on those who do not fit nearly into the category of either male or female.

I agree with what Megan’s saying here. We can absolutely learn from intersex persons and model our lives after the virtues that they exhibit. But this doesn’t logically mean that intersexuality overturns the male/female binary. We can learn from blind people, deaf people, physically handicapped people (from birth), but this doesn’t mean that God “designed” them to be physically handicapped. Just because Jesus holds up eunuchs in high esteem, doesn’t mean that he thought that they challenged the male/female binary of human sex difference. He also held up a Roman centurion in high esteem but that doesn’t mean that Jesus endorsed political oppression.

After page 173 Megan doesn’t address the Fall question head on. (And please correct me if I’m wrong here, Megan.) I’m not 100% convinced that the Fall explanation is the correct one. I’m still noodling it around along with other options. But until I find a better, more Christianly compelling explanation, the Fall does seem like a valid explanation for a whole host of differences in creation, including intersex difference.

Think about it. The Fall has affected our thinking, our will, our biology, and our anatomy. What are the odds that the Fall can affect every aspect of our humanity—except for our sexual anatomy?

November 9, 2015 My Recovery in the Evangelical Church with Same Sex Attraction
Recent Comments
0 | Leave a Comment
Browse Our Archives
get the latest from
Evangelical
Sign up for our newsletter
POPULAR AT PATHEOS Evangelical
1