The Bible on Self-Defense: A Response to Doug Wilson

The Bible on Self-Defense: A Response to Doug Wilson April 26, 2016 Preston Sprinkle

Last Friday, pastor Doug Wilson and I gave talks on guns and violence at the Q conference in Denver. Might sound like a real shocker—two white dudes from Idaho talking about God and guns—but despite our cultural context, we arrive at different views about using violence to stop bad people from harming good people. We were both given 9 minutes to present our views, and then we participated in an 18 minute Q & A hosted by Gabe Lyons.

I want to spend a few blogs interacting with Doug’s presentation, since he raised many important points that we didn’t have time to discuss. By the way, I’m well aware that Doug has been accused of saying many controversial things, but my purpose here is only to deal with the stuff we talked about at Q Denver. For this blog, I want to point out why his use of the Bible to support his view on guns is deeply flawed and in need of some serious revision.

Doug argues that gun ownership is a civic virtue, and he grounds this, in part, by citing two passages in the Bible: Exodus 22:2 and Luke 22:36. There’s a chance that Exodus 22 could support his view, though it’s a rather slim chance. As for Luke 22, there’s no chance at all.

If a thief is found breaking in and is struck so that he dies, there shall be no bloodguilt for the homeowner.

Doug’s appeal to this passage seems legit, except for one thing: He forgot to mention the rest of the passage, which says:

but if the sun has risen on the thief, there shall be bloodguilt for the homeowner. The thief shall surely pay. If he has nothing, then he shall be sold for his theft (Exod 22:3)

In this case, good guy’s gun goes bang. Bad guy drops dead. And good guy is deemed guilty of bloodshed. Why? Because in this scenario, “the sun has risen on the thief.” But what in the world does that mean?

In my own research on this passage, one thing is clear: the meaning of this passage is not clear. The language is terse and the sense of the key phrase “the sun has risen on the thief” is widely disputed. According to one interpretation, the “sun risen upon the thief” means the homeowner can clearly see the thief and has intentionally killed him, and this makes the “good guy” guilty. Intentional killing, yes even of a thief, is a sin. This means that the death of the thief in the previous verse, presumably when the sun has not “risen upon him,” might have been unintentional since he couldn’t clearly see the thief. (For you Hebrew geeks, notice that the verb of v. 22 “is struck” is in the hophal stem, sort of a causative passive, which could highlight the lack of intentionality.)

Now, I wouldn’t take a bullet for this interpretation (see what I did there?). There are other interpretive options, some which may actually support Doug’s view. Some argue, for instance, that in the first scenario, the thief breaks in at night to harm the family, and this is why it’s fine to kill him. But the second scenario is during the day, which means he’s simply trying to take some stuff and therefore doesn’t deserve to be killed on the spot.

While I’ve seen people assume this view, it seems like quite a stretch. If protecting your family is the main point of Exodus 22:2, it seems odd that the idea of “protection” or “family” is absent from the text. The author could have been much clearer if this was the main point he was trying to make.

In any case, there needs to be some responsible exegetical work that goes into Exodus 22:2-3 before we lift the first half of it out of its context and force it to justify killing someone in self defense.

Plus, it’s in Exodus 22, which should raise some hermeneutical questions. The chapter also says that if someone has sex with a virgin then they have to marry her and pay her dad a bride-price (22:16-17). The same chapter says that sorcerers should be killed (22:18), which isn’t that big of a deal, I guess, since the Old Testament allows for all sorts of people to be killed by law including adulterers, disobedient children, and people who break the Sabbath. The previous chapter (Exod 21, for the mathematically challenged) contains many laws about how to manage your slave.

My point is, as you can probably guess: just because something is in the OT law does not mean that it 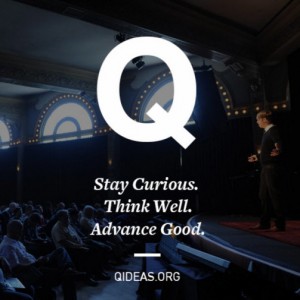 directly carries over into a new covenant ethic. And unless you went to church with a lamb over your shoulder, you believe this too. There is some continuity and some discontinuity between the ethics of the Old and New covenants. The continuity of Exodus 22:2 (and 22:3!) must be argued for, not assumed. If argued for, then I need to know: if I catch a thief, do I still sell him into slavery as Exod 22:3b commands me to?

Doug may have a biblical defense for using a gun to kill someone in self-defense or the defense of his family. I could probably build an argument too if you get a couple beers in me. But using Exodus 22:2 to justify this view appears to be irresponsible exegesis.

The same goes for Luke 22—the whole “go buy a sword” passage, which Doug also used to justify his view. Since I’ve recently blogged about this passage, I won’t repeat my thoughts here. And as I said in our conversation at Q, there’s no credible Lukan scholar who takes Doug’s view that I’m aware of. If Doug could convince academia of his view, he just might be awarded an honorary doctorate, being such an original thesis and all.

Luke 22 is an even more embarrassing proof text for Doug’s view.

Doug, I actually think it would help your case to stop using these texts to support your view. It just smells like you’re reading your opinion back into Scripture and not drawing out what’s actually there.

Next up: the myth of “the only way to stop a bad guy with a gun is a good guy with a gun.” Yikes! I can’t believe Doug actually said that. Stay tuned.

April 27, 2016 The Only Way to Stop a Bad Guy with a Gun Is a Good Guy with a Gun
Recent Comments
0 | Leave a Comment
Browse Our Archives
get the latest from
Evangelical
Sign up for our newsletter
POPULAR AT PATHEOS Evangelical
1