When Work is Unfair: Career Lessons from Joseph

Have you ever been falsely accused or unjustly treated at work? It all seems wrong, and there’s nothing you can do about it. To make matters worse, unfair accusations or situations can drag on, with no sign of exoneration or recompense.

Sometimes in the middle of difficult circumstances we can see God teaching us something we need to learn. More often, however, we only see how an event shapes our lives much later. Joseph (Genesis 37-50) had such a period that went on for 13 years. We can look at his story for insight to deal with injustice and disappointment in our own work.

Joseph was sold into slavery by his brothers. He ended up, in this difficult circumstance, working for Potiphar (a government official) in Egypt. He did his work so well that he was completely trusted and given leadership by Potiphar. But then he found himself the victim of Potiphar’s wife’s unwanted advances. When he tried to do the right thing, he was convicted on false charges. Joseph was now not only a slave in a foreign land but also in prison. It must have seemed like a very bad day at the end of a very bad year for Joseph.

We can learn 4 major lessons from how Joseph got through this season of his life.

1) Commit Yourself to the Lord

Some argue that if you do the right thing, it will pay off for you in the end. But when Joseph rejected Potiphar’s wife’s advances, he did the right thing simply because it was right, not because of how it might work out. If making a difficult choice to do the right thing always brought good results, then ethics would simply be a part of everyone’s business strategy. It is not. We are often called on to make the right choice when we don’t know how–or even if–it can work out. For Joseph, the wrong he suffered as a result of his choice was eventually made right, but he was thirty years old before that resolution came. For some, it never works out.–So what did Joseph do in the meantime?

While Joseph was in prison, the Lord was with him. He showed him kindness and granted him favor in the eyes of the prison warden. So the warden put Joseph in charge of all those held in the prison. The warden paid no attention to anything under Joseph’s care, because the Lord was with Joseph and gave him success in whatever he did. (Genesis 39:20–23)

Joseph’s key focus was to getting back to work. He used his gifts and abilities and worked hard regardless of the circumstances. As we saw when Joseph was in Potiphar’s house, the vital step was for him was to do what he had been given to do with all of his heart. His dependence on God seemed to be at the center of his focus on his work.

Joseph had been in slavery and in prison for eleven years, with no evidence that his situation would change. But then an opportunity came his way that opened a small ray of hope. He was joined in the prison by two of Pharaoh’s key officials: his chief cupbearer and his chief baker. Since Joseph was responsible for the prisoners, naturally the two came under his care.

One morning, Joseph saw that the two officials of Pharaoh looked dejected, and he initiated a conversation with them. (Seeing situations through another’s eyes was something Joseph was not able to do earlier in his life. It seems this was a skill he gained in prison.) He learned that they had each had a dream the night before and were concerned because there was no one to tell them what their dreams meant.

Earlier, Joseph had a dream that gave him a vision of a glorious future–a future that no longer seemed possible at this point. But apparently Joseph still believed in God and trusted God. And he believed that God could give insight into the meaning of dreams. He seems to have been undeterred by the outcome of his own dream, because he told the men that with God’s help he would listen to their dreams and share whatever insight God might provide.

But then Joseph made a request. He explained to the chief cupbearer that he was in prison under false charges. He had been sold into slavery from the land of the Hebrews, falsely accused and in prison though he had done nothing wrong. “When all goes well with you,” he said, “remember me and show me kindness; mention me to Pharaoh and get me out of this prison” (Genesis 40:14).

This request provides a third lesson we can take from the way Joseph dealt with injustice. He didn’t take it passively, but he spoke up. We walk an interesting line, when in difficult circumstances, between passively accepting our fate while applying ourselves, and actively speaking up about the injustice. Joseph did both.

I can imagine Joseph saw a glimmer of hope when he made his request to the chief cupbearer. For the first time he was able to make his case to a person who had the ear of Pharaoh. And though justice was not assured, at least there was a possibility that his case would be heard. However, it was another two years before the chief butler was reminded of his failure. Perhaps Joseph had settled back into the pattern of work he’d kept before he saw that opportunity. Like many people today, he may have assumed that this was his long-term assignment, and so he refocused his work in this direction.

The fourth lesson we can gain is to recognize things don’t necessarily get better quickly. Joseph’s life changed dramatically two years later, which brought wonderful opportunities and new challenges to his career. But at this particular point, that was not assured.

Sometimes we believe that if we trust God and do the right thing, everything will immediately fall in place. Not so. In a broken world, things don’t always work out as they should. We are all forced to work through some pain, disappointment, and misunderstanding. Joseph offers us a model for handling injustice and disappointment.

This post is part 2 in a series on career lessons from the story of Joseph. 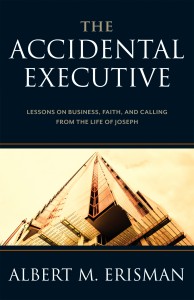 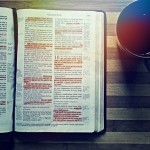 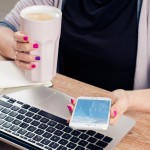 May 11, 2015 Does God Call People to Their Jobs?
Recent Comments
0 | Leave a Comment
Browse Our Archives
Follow Us! 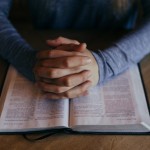 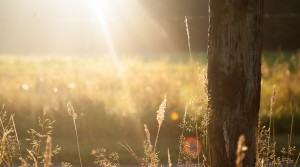