The Other Side of the Hedge: Four Hundred Days

The Other Side of the Hedge: Four Hundred Days October 9, 2017 Christopher Drysdale

Tonight is the night. Every day, for the last four hundred days, I have performed the Lesser Banishing Ritual of the Pentagram, commonly referred to as the LBRP, and around my house, the “EL-BURP.” Mostly, I perform it right around eleven PM — that’s what works for me.

Four hundred isn’t some mystical or meaningful number. This isn’t the last time I will do it. So why even mention it? It seemed important somehow. 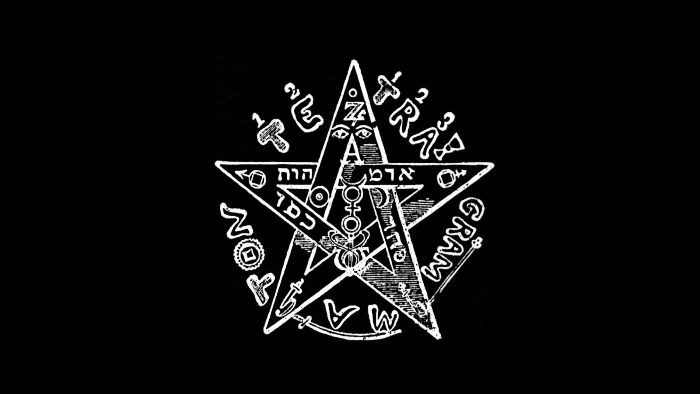 Since July 8, 2016 I have performed this ritual four hundred and forty-seven times. Though I aimed to do it every day, I missed a few. On the other hand, the last time I missed a day was September 5, 2016.

So why do this ritual over and over? I’m not looking for miracles. Honestly, performing the LBRP each day probably has about the same prophylactic power as the proverbial “apple a day.” Oh, it might help…a little…in some way. But it’s not anything to rely on, so why bother?

Choose Your Own Adventure

Have you ever heard about people who accomplish amazing things, and been jealous? I know I have. There are many ways to be successful. I’m not the prettiest, not the smartest, and definitely not the most talented or luckiest. But the one thing I have always been is as stubborn as the day is long – not in some petty way (mostly), but in the kind of way that makes me get up when life knocks me down.

I’m not the fair-haired hero. I’ve never been the chosen one. I’m that other guy. My power isn’t born of charm or good looks. I was born to wear a t-shirt that says, “it’s not the size of the dog in the fight, but the size of the fight in the dog.”(1)

We live in a cynical age where our fair-haired heroes have revealed themselves as paper cutouts, our leaders have sold themselves to the highest bidder, and the world gets less friendly every day. We wake up and go through the motions and wonder if there’s a damn thing we can do about it.

And you know what? There is.

We Have to Start from Where We Are

One of the hardest lessons of my life is a ground-in humility, the knowledge that I really am not special. The idea that we are all special and deserving is a necessary lie. It is not that we are undeserving; rather that the whole conversation around “deserve” is a mock-up of value that keeps culture running.

For the everyday person, there’s nothing wrong with accepting the rules of culture at face value. For those few who seek to truly delve past the surface of things, and who are willing to live with the consequences, we have to unshackle ourselves as best we can.

That doesn’t mean unshackling ourselves wholly from culture. I don’t know about you, but I keep my food, shelter, and healthcare there – things I literally cannot live without.

Culture is a necessity; if we somehow did get rid of it, we would just have to go ahead and build a new one, anyway. I have no interest in reinventing the wheel, and no longer suffer from the hubris of youth that leads many of us to think that we could do it all better.

That being said, we are not raised to really know ourselves. When the everyday person looks in the mirror, they can only see what everyone else sees.

It is not a limitation of the world, but of the self. To fit the everyday world better, we have had to cut off parts of ourselves, parts of our spirits and parts of our lives. And to paraphrase Beatrix Kiddo, they are things you will miss.

Unfortunately, this has a certain “pull yourself up by your bootstraps” quality – by which I mean that it is nearly impossible to use the everyday self to expand itself. Such a change in who we are is inconceivable.

And so we come to the most basic problems. How can we begin not only to move, but to build momentum in a direction we cannot see, cannot conceive, and only have the vaguest intuition might exist?

There are a number of ways to begin, and we don’t usually have the first idea about how or what to pick. Back when I was getting started, the standard method was to learn whatever was available and go from there. These days, with a multitude of available resources available, it gets more complicated.

We can join a group, find a teacher, or seek a vision. Or we can wait passively for the mystical to find us as we go about our daily lives. Whatever we choose, we imagine that the only path forward is somehow out there. Of course, it’s not. We know it’s not. But that doesn’t stop us from looking.

There comes a time in our journey when we have to get serious about things, or move on. At that moment, most people will back down, find something else to do, realize that this awakening isn’t for them. And that’s a valid choice. Frankly, it’s often the wiser choice.

Whether by choice or calling, a few always step forward, put on their game-faces, and get serious. That’s when we stop playing at magic, and start becoming it. It is a transformative process.

How do we take these first steps? It is easier to ask how we can grow strong enough to choose, or be chosen by, this path. And there are many answers. But if you’re not lucky enough to have someone else give you a hand up, then the answer I have found is a simple one: daily practice.

But eventually it will just become a part of who you are. And when that happens, it will grow. It will stop being a quirk, and become a virtue, a source of power that is yours and yours alone.

(1) A famous line from Mark Twain. It is amazing that I have written this long and this is the first time I have quoted him.

September 26, 2017
The Other Side of the Hedge: A Deep Dive on Orthopraxy and Immanence
Next Post

October 24, 2017 The Other Side of the Hedge: Defining Paganism
Recent Comments
0 | Leave a Comment
Browse Our Archives
get the latest from
Pagan
Sign up for our newsletter
POPULAR AT PATHEOS Pagan
1

The Pew Doors of St. Cuthbert’s...
John Beckett
Related posts from The Other Side of the Hedge