C.S. Lewis Should Be An Evangelical Reject Too! (John Janzen)

C.S. Lewis Should Be An Evangelical Reject Too! (John Janzen) July 18, 2011 Kurt Willems 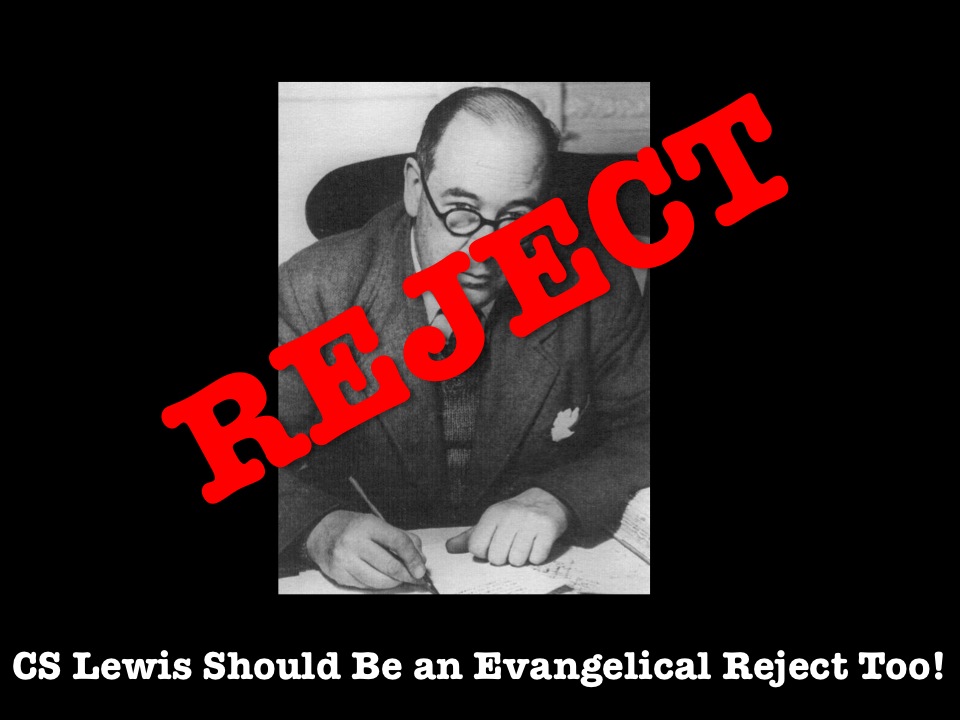 I am one of the ones who, after reading Kurt’s post on evangelical rejects, felt even more at home [link: article and follow-up]. Coincidentally, I read the post the day after listening to an interview with Richard Rohr, where he mentioned that it was vital for people who desire to be change agents to stay on the “inside edge” of their faith communities. His point was that once you position yourself on the outside, it is much easier for the resisters of change to write you off as irrelevant. You are then a heretic, and heretics are best ignored – not engaged.

I am not good at staying on the inside edge. I find it easier to take an all-or-nothing sort of stance. I remember years ago having a discussion with an evangelical friend. We were discussing salvation – who will make the cut, and how exactly Jesus is going to sort us all out. I was telling him how my views were being altered by, among other things, a passage from C.S. Lewis’s The Last Battle that seemed to suggest that salvation might be possible for those outside the explicitly Christian fold. The discussion ended with him telling me that if that is what I believed, then I couldn’t really call myself an evangelical anymore.

My response at the time was to say: fine, who cares, if I’m not an evangelical then so be it. I find much of the culture grating anyway.

I suppose that is a fairly typical way for a young, arrogant know-it-all to react. It’s perhaps also typical that a decade later I find myself missing home. Alright, so maybe it’s not exactly like I’m off eating pig’s feed somewhere and am ready for a humble return, but it has been hard to shake the feeling that there are aspects of the culture and theology I grew up with that are still a perfect fit. Kurt says that “if evangelical means the belief in repentance and conversion into a genuine relationship with Jesus Christ through the abiding presence of the Holy Spirit,” then he should still qualify. But experience seems to be telling him otherwise. I know that feeling.

I will say, though, that for all the people who have implied that I’m not a proper evangelical, there are just as many who hold to a much broader definition. Mostly this just highlights the confusing space we are living through at the moment: no one really knows what an evangelical is anymore!

Perhaps we never really did. I mentioned before that it was one of the 20th century’s biggest evangelical heroes, C.S. Lewis himself, who caused the very black and white thinking of my youth to fade into a more honest grey. The scene in The Last Battle, where Emeth, soldier of Aslan’s enemy, Tash, is accepted into paradise on account of his righteous seeking, was just the starting point. As I read further I found that in both Lewis’s fiction and apologetic works there were themes significantly at odds with what I had come to regard as “evangelically orthodox.”

Yet Lewis, during his life and still now, is up there with the likes of Billy Graham as one of the evangelical world’s greatest champions. How is it that Lewis gets a pass on the same subjects that get guys like Rob Bell and Brian McLaren cast into outer darkness?

Questions like this led to me making Lewis’s apparent “heresies” the subject of my M.A. thesis. By the time I had worked my way through a mountain of research, I was convinced that evangelicals should pay closer attention to their hero. Lewis may have been writing more than half a century ago, but it is remarkable just how relevant his thinking is to the arguments that rage even now.

Too bad he wasn’t around for the Rob Bell controversy. Anyone who has read The Great Divorce knows that Lewis’s atypical take on hell, while it might not please the traditionalists, offers a carefully considered alternative view. Residents of hell on a visit to heaven are offered the chance to stay. Apparently, God doesn’t condemn us to hell. We choose to stay there ourselves. Even long into the afterlife.

To most evangelicals, that is an unorthodox thought. Yet somehow Lewis proved adept at avoiding arguments over “sound doctrine.” I think he managed this by presenting his conceptions of hell as imaginative guesses instead of as a rigid theological party line.  In fact, there is a passage in The Problem of Pain where Lewis seems to defend a more traditional conception of hell, with a discussion of what it might mean to be in a state of eternal conscious torment. Lewis understood that in some areas it is simply necessary to hold somewhat incompatible views in tension. Perhaps, when it comes to ideas and realms that are far beyond our own reality and ability to grasp completely, this approach is the most honest, and maybe even the most accurate.

I get in to all of this a little more in depth in a short book that I adapted from my thesis work. If you are interested in this particular conversation, the book is on Amazon as Kindle Single-length digital book, but if you’ll send it on to a friend or two, I’ll gladly send you a copy for free.

John Janzen is a Canadian living and working in Nagoya, Japan where he and his family have spent the last 9 years trying to figure out what “ foreign mission” might look like in the 21st century. His writing, fiction and non-fiction, has appeared in academic journals, literary magazines, and recently in Quakebook, a compilation of responses to the March 11th Japan earthquake. He recently completed an M.A. thesis on C.S. Lewis, which has been adapted in Heresy in Narnia: Departures From Evangelical Orthodoxy in the Writings of C.S. Lewis, available on Amazon. You can connect with him on his blog .

Why the Church Can't Fix Itself
The Desert Sanctuary