A Faith Not Worth Fighting For: Common Questions about Christian Nonviolence

A Faith Not Worth Fighting For: Common Questions about Christian Nonviolence June 21, 2012 Kurt Willems

I believe that the New Testament clearly teaches that kingdom people ought to refuse violence in all its forms. Nonviolent resistance or pacifism is a regular theme on this blog. It comes up in various forms because I believe that peace is central to the fullness of the gospel of Christ.

An interesting dynamic that becomes evident on the Internet is that there are diverse opinions about Jesus and pacifism. Some of the folks who read my blog agree with my position: that violence is always off-limits for Christ followers. Others, lean in the direction of peacemaking, but don’t know how to reconcile what they see in places like the “sermon on the Mount” with what they know of the real world. This world is all jacked up and sometimes there is nothing else we can do but allow some level of violence. For these folks, they are pacifist at heart but live in the very real tension of dealing with the “what if’s.”

Many people who read this blog come from the perspective that there are times when God allows violence as a “plan B.” These folks, unlike the previous 2 perspectives, don’t necessarily will leave that the Bible teaches nonviolence. In fact, they believe that Christians ought to be soldiers and police officers in order to assure that institutions remain more just than they would otherwise be.

My observation is that anyone on the spectrum between absolute pacifism and pro-militarism asks questions about how Christian nonviolence could actually make sense in situations that might arise. Common questions include: what about Hitler and what about defending the innocent?

In this series of blogs, I developed a basic theology of nonviolence from Scripture. This series, called “Nonviolence 101,” is where I would point anyone who wants to understand how any Christian could believe that Jesus taught us to refuse to bear the sword. If you have never explored this issue, I highly recommend that you read that series.

Now, for those who are already aware of the theology of nonviolence, even if you disagree with it, I recommend a new book called “A Faith Not Worth Fighting For: Addressing Commonly Asked Questions About Christian Nonviolence.” This book was edited by my friend Justin Bronson Barringer and Tripp York. The forward is written by Stanley Hauerwas and the afterword is by Shane Claiborne. Besides the two aforementioned editors, other contributors include people such as: Greg Boyd, Andy Alexis-Baker, John Deere, Ingrid Lilly, Robert Brimlow, Amy Hall, Lee Camp, and several others.

Having jumped headfirst into this book I am convinced that it is the primer on all things Christian nonviolence, besides offering up a basic New Testament theology (which was not the intention of the book in the 1st place). There is no other book that I would put into the hands of someone wrestling with nonviolence than “A Faith Not Worth Fighting For.” The reason is that I’m convinced that this book contains thorough-yet-concise reflections on the questions all of us ask in a format that is academic-yet-accessible. Each chapter is rich with kingdom insights that will pay higher dividends than if you had invested the cost of the book into stocks or bonds.

This book touches on so many issues that it would be impossible for me to go through all of them. Mostly because of the tension that I am dealing with when it comes to the role of police and a kingdom shaped interaction with such authorities, I was greatly indebted to chapter 5 which asked: must Christian pacifists reject police force? This issue has come up on the blog many times so I want to highlight this chapter as the best exploration of this issue that I have ever read. This is one of the many issues that this book successfully sought out to help readers resolve in their intellect, spirituality, and ultimately in their practice.

Barringer and York say the following in the introduction section:

“We do not think it (Christianity) is worth fighting for if fighting suggests that we can maintain the radical path of Jesus while simultaneously employing violence as a means of dealing with our enemies… (5) Our chief task, therefore, is to provide serious yet accessible responses to the kinds of questions that rendered difficult a commitment to the nonviolent path of Jesus. Such questions are quite prominent: what do I do if someone is harming a loved one? What about violence in the Old Testament? What about the warrior Jesus in Revelation 19? These are all very serious and important questions we aim to answer them as a fully as possible, for what we feel matters most are the practical implications of our arguments. The various contributors to this volume deal accordingly with issues of biblical interpretation, theological analysis, historical problems, hypothetical situations, and matters of daily living in hopes of, at least, complicating the manner by which many of us avoid the subversive nature of Jesus’ message. We hope such a format takes seriously the concerns of the reader as we respond to a number of very important objections to Christian nonviolence (7).”

Based on the thesis they give above, I want to go on the record and say that they have accomplished this task. I highly, without reservation, recommend this book to anyone willing to risk discovering a Christian faith full of risk, self-denial, cross shaped love, and ultimately hope.

I leave you with a video interview with my buddy Justin Bronson Barringer where he introduces the book and wrestles with nonviolence.

June 22, 2012 God's Blessed Earth - Catalyzing Churches and Seminaries for Change
Recent Comments
9 Comments | Leave a Comment
"I am a seminary student and I do not see concrete proof in a Rapture. ..."
Charles Owen Why the Rapture isn’t Biblical… And ..."
"Good luck on trying to politely tell those who favor Patriarchy or complementarianism that you ..."
esbee Mutuality in the Church for the ..."
"yup, have you ever heard a Hungarian pronounce Gyorgi? George is WAY easier. I've never ..."
RMS Name Change Myth: Saul Never Became ..."
"The usual strawmen and abysmal research from someone with an axe to grind...and still manages ..."
Sojourning Whyman Why the Rapture isn’t Biblical… And ..."
Browse Our Archives
get the latest from
Progressive Christian
Sign up for our newsletter
POPULAR AT PATHEOS Progressive Christian
1 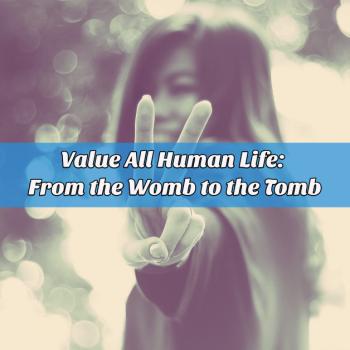