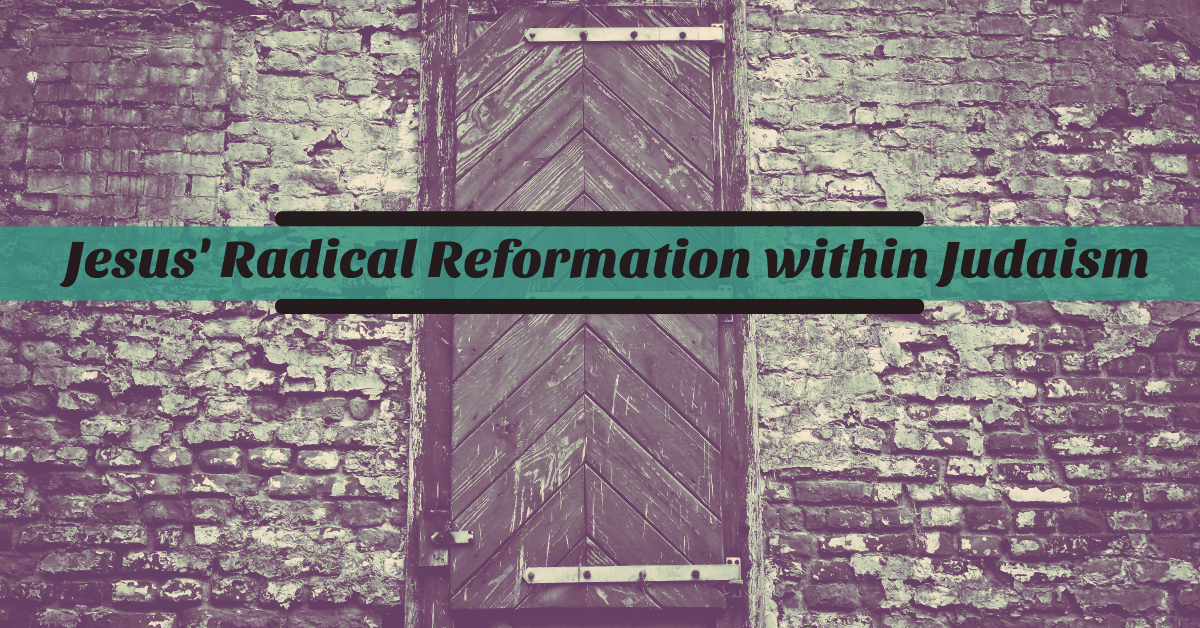 Churches across the world, this year, celebrated the Reformation’s 500th birthday.
The story goes that Martin Luther, an emerging priest in the Roman Church, wrote down 95 grievances against the institution he loved.

Of the most famous, of course, were the sale of indulgences so that dead family members could get out of Purgatory more quickly.

Most of us probably don’t see Purgatory as a place that we are concerned about, since judgement as purging is biblical, but a place like “Limbo” isn’t.
However, we can see why this would be a huge issue in Luther’s mind. Add to this the emphasis on grace alone for salvation that he highlighted, and it was enough for a spiritual revolution. One that opened the floodgates in both positive and negative ways.

Division, of course, is the greatest negative outcome of these past 500 years. But, as we know, this was not Luther’s original intention. He wanted reforms within the church.

In fact, Luther saw in the Ethiopian Church, a faith that had the resources to help the European churches to reimagine what it meant to represent the way of Jesus in its context. I read a great article that opened my eyes to this recently. In it, Dr. David Daniels states:

Luther launched the Protestant Reformation in 1517, but he had begun that year fascinated with Ethiopian Christianity. That will come as a surprise to many of today’s Christians, even scholars, who are accustomed to discussing Luther and the Protestant Reformation as solely European subjects. But Luther esteemed the Church of Ethiopia because he thought Ethiopia was the first nation in history to convert to Christianity. Located in Africa — beyond the orbit of the Roman Catholic Church — this first Christian kingdom, according to Luther, served as an older, wiser, black sibling to the white Christian kingdoms of Europe. In a sense, the Church of Ethiopia was the “dream” for Luther, a true forerunner of Protestantism.

Luther dreamed that the Ethiopian Church could remind the European Church how it had lost its way. Obviously this didn’t happen.

But through the good and the bad, both the Roman Church and all churches of Jesus Christ in the West, would evolve in ways that have borne much fruit.

One byproduct of this was my own tribe, the Anabaptist Movement (Mennonites, etc.) which I thank God for, with our flaws and all! (I mean, really, we had a core distinction called “the ban” which was all about how to kick people out!… but I digress.)

But the point here to lean into for now: Luther had little desire to start a new church when he wrote the 95 Theses.

Jesus was also a reformer.
He was not seeking to destroy Judaism.

In fact, if the Apostle Paul is correct in Romans 9-11: “all Israel” will eventually be saved. (Side note: I tend to think of this as covenantal Jewish people and not the modern secular state called Israel, but this is a conversation for another day.)

This is why Jesus, in the Sermon on the Mount says that he didn’t come to abolish the Law but to fulfill it.

Many of us hear “fulfill” and we think: “replace” or “end”. But that doesn’t quite fit the picuture of Jesus.

Jesus was a reformer within Judaism, not an iconoclast against Judaism.

When Jesus is done being tempted by the devil in the Gospel of Luke, we read the following:

14 Jesus returned in the power of the Spirit to Galilee, and news about him spread throughout the whole countryside. 15 He taught in their synagogues and was praised by everyone. 16 Jesus went to Nazareth, where he had been raised. On the Sabbath he went to the synagogue as he normally did and stood up to read. 17 The synagogue assistant gave him the scroll from the prophet Isaiah. He unrolled the scroll and found the place where it was written:

18 The Spirit of the Lord is upon me, because the Lord has anointed me. He has sent me to preach good news to the poor, to proclaim release to the prisoners and recovery of sight to the blind, to liberate the oppressed, 19 and to proclaim the year of the Lord’s favor. 20 He rolled up the scroll, gave it back to the synagogue assistant, and sat down. Every eye in the synagogue was fixed on him. 21 He began to explain to them, “Today, this scripture has been fulfilled just as you heard it.” 22 Everyone was raving about Jesus, so impressed were they by the gracious words flowing from his lips. They said, “This is Joseph’s son, isn’t it?” ….

28 All the people in the synagogue were furious when they heard this. 29 They got up, drove him out of the town, and took him to the brow of the hill on which the town was built, in order to throw him off the cliff. 30 But he walked right through the crowd and went on his way. (Luke 4.14-22, 28-30, CEB)

Jesus says that his mission is to embody and carry out the vision of the prophet Isaiah. Jesus comes to proclaim good news to the poor, prisoners, blind, oppressed, and thus to proclaim the ancient Jubilee vision!

As happens with many reformers—including my ancestors in the Radical Reformation (Anabaptists/Mennonites)—people want him dead.
In fact, they end up at the edge of a cliff and try to push him off!!!!

Why? Because Jesus doesn’t have the authority, or so they think, to be the kind of prophet that enacts God’s will for the poor. In fact, this upset the status quo. Jesus was seen as a threat.

During a time when many thought that Israel needed to be purified—to uphold the standards of holiness so that God would finally send a messiah to conquer their Roman oppressors—the last thing that the religious leaders of the time cared about was good news for the poor.

But again I emphasize: Jesus was not trying to start a non-Jewish institution or religion called Christianity. His declaration was for reform within second temple Judaism—not separation from it.

And what exactly did his reforms include?

He was announcing that the outcasts were now “in.”

Who exactly were these outcasts in Jesus’ day? In the Isaiah passage reading that Jesus claimed was about his vocation, the outcast can be summarized by one word: poor.

In his excellent commentary on Luke’s gospel, Joel B. Green helps us understand how big the word “poor” really was. It wasn’t simply about how much money someone had. It was a broader idea in what we might call and honor versus shame society. He states:

“Who are the poor?… In that culture, one’s status in a community was not so much a function of economic realities, but depended on a number of elements, including education, gender, family heritage, religious purity, vocation, economics, and so on…. By directing his good news to these people, Jesus indicates his refusal to recognize those socially determined boundaries, asserting instead that even these ‘outsiders’ are the objects of divine grace.” – Joel B. Green, The Gospel of Luke (The New International Commentary on the New Testament), 211

In reading this passage and announcing that it was being fulfilled in the hearing of those Jewish persons in the first century, Jesus announces that God’s people—the Jews—were ready for a great spiritual awakening. Piety was to be practiced from the postures of the heart in ways that had been a struggle up until that time.

It was time for Judaism to be radically reformed.

Unfortunately, we know what happened.
Judaism and Christianity eventually became two very distinct religions.
Jesus message was rightfully taken to the nations outside of Israel.
But, what was meant to be a reform movement ended up being a distinct new movement: with all the good and bad that come from that.

Just like Luther, and the later reformers 500 years ago, the message of Jesus upset the gatekeepers of religious boundaries.
Whenever this happens, the gatekeepers must decide if they are going to tear down the arbitrary gates and redefine who is “in.” Or will they resist as though the movement of God is limited by human boundaries?

Jesus resists the status symbols and recognizes that all people are worth fighting for. All people are noticed by God.

The good news of Jesus is for the poor.

The economically poor.
The spiritually poor.
The socially poor.
The emotionally insecure poor.
The poor who appear to be rich with their many possessions.
The poor, who if we are honest, represents all people since we all are lacking by someone’s standards: even if they are self-imposed.

Jesus calls us to proclaim and be good news to all the poor, especially those who have been clearly “othered.”
We can see what Jesus sees in outcasts when our world only sees status.
We can join Jesus’ radical reformation.

As a leader in the Radical Reformation reminds us, this looks like taking on the identity of a community of “outcasts.” Menno Simons, the leader of the group that would become the Mennonites (Anabaptists) is on record as saying:

“For true evangelical faith…cannot lay dormant; but manifests itself in all righteousness and works of love; it…clothes the naked; feeds the hungry; consoles the afflicted; shelters the miserable; aids and consoles all the oppressed; returns good for evil; serves those that injure it; prays for those that persecute it.” -Menno Simons, Why I Do Not Cease Teaching and Writing, 1539

Five hundred years ago, Luther started a reformation within the church.
Shortly thereafter, when reform no longer seemed possible within the institution, reform and ‘radical reform’ emerged as the way forward.

My tribe, the Anabaptists, sought to recapture the simple vision of following Jesus to the margins to proclaim that the outcasts are “in.”
Many other tribes of reformation faith (and eventually the Roman Catholic Church itself!!!) also sought to recapture Jesus’ good news.

This reformation and radical reformation in the 1500s wasn’t unique: it was simply capturing the sort of thing Jesus was up to 1500 years prior to that!

The way of Jesus is about people before it is about standards of status or the preservation of codes of honor or institutions.

May we be people who take on the status of the poor, to proclaim together that Jubilee is here.
May we join in Jesus’ 2,000 year radical reformation.
The outcasts are in and this is good news for us all. 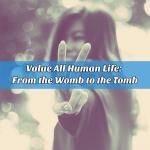 October 2, 2017
Value All Human Life: From the Womb to the Tomb
Next Post 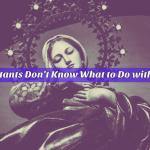 December 22, 2017 Protestants Don’t Know What to Do with Mary
Recent Comments
0 | Leave a Comment
Browse Our Archives
Related posts from The Pangea Blog