Do you have to believe in Christ’s literal physical resurrection to be a Christian?

Do you have to believe in Christ’s literal physical resurrection to be a Christian? August 30, 2012 Kurt Willems

Resurrection is the central theme in Christianity. The New Testament goes out of its way to make this clear. Just as Christ rose from the dead in a physical body to inaugurate the new creation, so Christians will rise from the dead to restored bodies in the renewed world. I embrace this as truth as the center of the Christian hope.

Yet, there are some who struggle with this idea of physical resurrection. On one end of the spectrum you have conservative Christians (many who would be properly labeled as having fundamentalist tendencies) who put little focus on the future resurrection of Christians as if this is an event simultaneous to ‘going to heaven and getting a new body.’ They would vigorously defend Christ resurrection as it serves as the ‘proof’ of his divinity in that scheme of thought.

On the other end of the spectrum, of course, are liberal Christians that believe that something beautiful happened on Easter, but not a physical resurrection of Christ. Rather, resurrection was a metaphorical way of expressing the ongoing experience of Christ in the life of the disciples and the early church.

A few months back, N.T. Wright was asked an interesting question about resurrection and Christian faith:

You’ve argued strongly that Jesus physically rose from the dead as a historical event. Do you have to believe this teaching in order to be a Christian?

Notice, that even the most vigorous defender of orthodox belief in resurrection isn’t quite ready to throw out everyone who struggles with the idea of a literal physical resurrection. At the same time, there is a line that is eventually crossed when it is denied ‘outright.’ Read his nuanced answer:

Anyone who is in any sense a Christian cannot with any consistency believe that Jesus stayed dead. I have friends and colleagues who I know to be praying Christians who worship regularly and lead lives of practical Christian love and service but who really struggle with the bodily resurrection. I would say that looks like a muddled Christian who needs to be put straight. Of course some of them would say exactly that about me!

But if you say Jesus died and nothing happened but the disciples had some interesting ideas, then you have cut off the branch on which all classic Christianity is sitting. This generation needs to wake up, smell the coffee and realise serious Christianity begins when Jesus comes out of the tomb on Easter morning. This is not a nice optional extra for those who like believing in funny things.

What do you think? Do you have to believe in a physical bodily resurrection to actually be a Christian? If so, why? And on this I’m wanting answers beyond “the bible says so.” 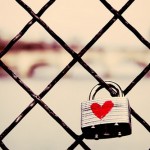 August 31, 2012 Greg Boyd on the Old Testament as a Shadow of the New
Recent Comments
55 Comments | Leave a Comment
"Wait"
Julia 2 Reasons NOT to ‘Keep Christ ..."
"What"
Julia 2 Reasons NOT to ‘Keep Christ ..."
"Only having come cross this blog today, as a South African, I would like to ..."
Keith McLachlan Name Change Myth: Saul Never Became ..."
"Growing? In my experience, these new-fangled pop-ups arrive with a $100,000 AV set-up, a rock ..."
KraigDeKompressorKruncha Sometimes Reading the Bible Literally is ..."
Browse Our Archives
get the latest from
Progressive Christian
Sign up for our newsletter
POPULAR AT PATHEOS Progressive Christian
1

Mansplaining in the Bible, and a...
Freelance Christianity