From the Sky: a film about drone strikes, family, and resistance

From the Sky: a film about drone strikes, family, and resistance February 3, 2013 Kurt Willems 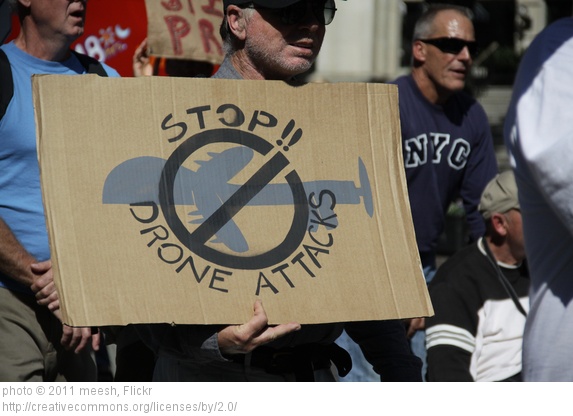 [Editor’s Note from Kurt Willems: Today and tomorrow on Pangea, I’m highlighting an important issue: Drone Strikes. Our nation increasingly uses unmanned drones to “hit” targets in the so-called war on terror. In the process, many innocent women, men, and children have been unjustly killed. An unfortunate side-effect of this (beyond death itself) is the reputation these unjust attacks bring to the Islamic world’s perception of Christianity. Many in the Arab world consider the US a “Christian Nation” and because of this, associate Jesus with violence. This is an issues we ought to care about, not as Left or Right-Wingers, but as Kingdom citizens. This post is all about my close friend Ian Ebright’s amazing film project: From the Sky. The text is from his own blog.

I should add that I have read the entire screenplay. I’m completely sold on this film. Honestly, I’m no the kind of guy to get into a Kickstarter campaign for a movie or music, but this is one that I simply can’t ignore.]

FROM THE SKY by Ian Ebright

‘From the Sky’ takes viewers beyond the headlines and into a fictional story of a noble father Hakeem and his troubled teenage son Abbas as they journey to make a crucial sale.

The story opens to reveal Abbas suffering from Post-Traumatic Stress Disorder due to a tragic past and the frequent presence of drones flying overhead. Soon, two mysterious men visit the camp of the father and son, leading to a turn of events which forces Abbas to make a choice about the way he will go in life: the direction modeled by his father, or a different route articulated by the charismatic man Dhiya.

‘From the Sky’ will be among the first (if not the first) narrative works of cinema from the U.S. to show the impact of drone strikes on civilians in the Arab world. The film also explores the roots of extremism, the bond between fathers and sons, and ultimately asks a universal question: When we are harmed, will we respond by retaliating, or in life-giving ways?

Getting Involved in the Cause

I am not good at asking for help and I often hide my enthusiasm which is also not good. But it’s time to continue pushing beyond my comfort zone. This film project ‘From the Sky’ is a labor of love for me. The screenplay is my sixth; a story of a poverty-stricken father and son struggling to survive in an area frequently targeted by drone strikes. The film will be among the first (if not the first) narrative works of cinema from the U.S. to show the impact of drones on civilians in the Arab world. The film also explores the roots of extremism and ultimately asks the universal question: when we are harmed, will we take the wide road of retaliation or a more narrow path by responding in life-giving ways? I intend and hope to direct the project in late April if we are able to raise sufficient funds.

My wife Lauren and I have been convicted about these issues to the point that we feel we need to step out in faith. We are bringing in $10,000 of our own in addition to a (hopefully) fully-funded Kickstarter campaign, combining to cover production and post-production costs. I don’t want to ask something of you if I’m not willing to ask something of myself first.

Today marks the launch of a 30-day Kickstarter fundraising campaign; a crucial part of the fundraising effort. Here are three ways you can support this project:

The Kickstarter page will further reveal why this is a project I am so passionate about, as well as answer likely questions. Will you stand with us by making a donation today?

FROM THE SKY Kickstarter fundraising campaign 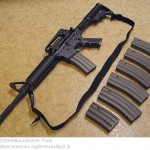 January 24, 2013
Following Jesus: The Best Gun Control Ever!
Next Post 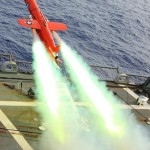 Feeling unknown and you're all alone
slacktivist