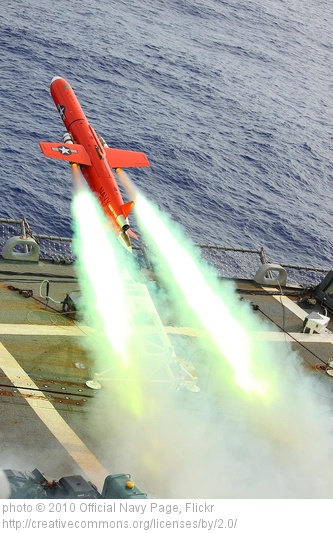 [Yesterday and Today on Pangea, I’m highlighting an important issue: Drone Strikes. Our nation increasingly uses unmanned drones to “hit” targets in the so-called war on terror. In the process, many innocent women, men, and children have been unjustly killed. An unfortunate side-effect of this (beyond death itself) is the reputation these unjust attacks bring to the Islamic world’s perception of Christianity. Many in the Arab world consider the US a “Christian Nation” and because of this, associate Jesus with violence. This is an issues we ought to care about, not as Left or Right-Wingers, but as Kingdom citizens. In this post, my friend Lawrence looks at this issue through the lens of crucifixion  In another post, I share about one of my close friend’s amazing film project: From the Sky.]

It was the case that early Christians had to learn to view the crucifixion of Jesus of Nazareth (what was essentially a politically sanctioned execution) with a new set of paradoxical-theological lenses—God’s defeat of evil, sin, and the grave. Of course, the concrete historical fact that the empire had crucified an Enemy of the State on the hill of Golgotha was never quite out of sight once this soteriological truth was grasped; the two halves of the cross—the historical/theological—were merely kept in constant juxtaposition. However, the church is at a point where we need to re-grasp the political-historical side of Jesus’ capital punishment (due to our modern emphasis in Jesus’ death “for sins”); namely, that it was the imperial execution of One in whom the state viewed as a terrorist threat. Martin Hengel in his Crucifixion writes:

Josephus gives numerous instances from Judea that it was used excessively to ‘pacify’ rebellious provincials; the same thing may also happened in of the unruly provinces… According to Roman law, rebellious subjects were not ‘enemies’ (hostes), but common ‘bandits’ (latrones, or as Josephus tends to call the Jewish rebels after the capture of Jerusalem, lēstai). For them the characteristic death penalty was either crucifixion or being thrown to wild beasts.

Rome’s latrones are the equivalent to our modern day “terrorists.” Crucifixion was the way of dealing with its “rebellious” provincials who refused to go along with the imperial status quo; and as the Gospels well illustrate, often innocent people got hurt. You see, from Rome’s perspective, Jesus the prophet was a potential menace to the Pax Romana—the Roman Peace; and innocent or no it would be politically expedient to do away with him. And do you think the citizens of Rome let out a public outcry against this blatant act of injustice? Of course not!—they were, after all, spared from this provincial practice; no crucifixes could be seen on the Palatine Hill that’s for sure.

The climactic clash between the great military-machine of Rome and the freedom craving Judea would reach its bloody crescendo in the great revolt of 66-70 C.E. And as is well known, when Rome had to pacify a rebellious province they acted with utter and total brutality, slaughtering all—men, women, elderly, and children—despite their innocence or lack of involvement with the latrones. The Jewish historian Josephus records:

The majority [of those who issued from the encircled city in search of food] were citizens of the poor class, who were deterred from deserting by fear for their families… When caught, they were… scourged and subjected to torture of every description, before being killed, and then crucified opposite the walls… five hundred or sometimes more being captured daily…

It is the stuff of empire to slaughter the innocent with the guilty, even if it’s the Lord of Glory himself.

It is therefore not difficult to draw a historical congruence between Rome’s logic of provincial crucifixion and the modern logic of America’s drone strikes: slay the innocent with the guilty. No doubt if Jesus had lived in Pakistan today he and his disciples would have been the target of a drone strike, during the wedding at Cana no less. Of course, our method is less publically gruesome and perhaps quicker, but it is no less unjust and barbaric. Moreover, we should resist being unconcerned simply because American citizens aren’t subject to such attacks, for the ancient Romans likewise displayed no such compassion for the slaying of our Lord under the iron boot of their own empire.

We, as the followers of the unjustly-crucified Terrorist, should, of all people, be vocally against this inhumane use of military might. After all, our King was also the victim of such imperial tactics and realpolitik, and he calls his disciples to sympathize with his fellow sufferers-under-empire. Remember, the cross is not only where sin was dealt with and where Satan was defeated, but also where empire revealed itself for what it truly was,  dispenser of injustice; no matter how much Pilate continues to wash his hands of the matter.

Lawrence Garcia (The Plow Boy) is the Senior Teaching-Pastor of Academia Church in Goodyear, Arizona. He is a pastor devoted to the educational growth of his congregants, and the raising up of a new generation of disciples, who will think, tell, and live out the Christian story. Lawrence is currently attending Liberty University.

Support a Great Cause Against Drone Strikes!

Ian Ebright’s “From the Sky.” Here’s the video about the project:

Here’s the info about how YOU can get involved. 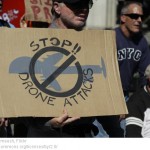 February 3, 2013
From the Sky: a film about drone strikes, family, and resistance
Next Post 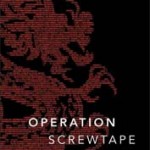 February 4, 2013 Operation Screwtape: The Art of Spiritual War
Recent Comments
8 Comments | Leave a Comment
""
Ixire What is the Kingdom of God? ..."
""
I8UrBeans Cosmic Signs Don’t Signal a Rapture ..."
""
AMENOLITY Cosmic Signs Don’t Signal a Rapture ..."
""
StayBlessed Love is the Only Way: Why ..."
Browse Our Archives
Related posts from The Pangea Blog