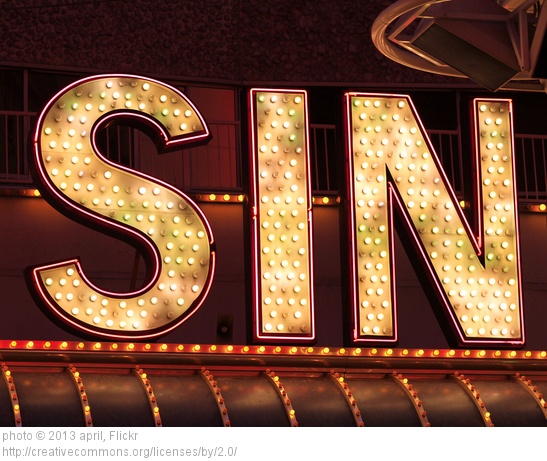 In this post, I want to briefly look at the issue of “sin.” It’s a word that many of us feel uncomfortable using as it has been utilized in ways that lean into legalism. With that said, it is a biblical concept so we do well not to simply throw it out.

In order to start this discussion, a brief introduction of creation and the original hope for humanity serves us as helpful. Then, we will jump into the topic of sin.

God creates a functional universe and declares it to be “very good.”  God’s creation project is not static, but designed to flourish with humanity as God’s gardener/image bearers.  Scot McKnight points out that humanity was created as Eikons (image-bearers) to live in four harmonious relationships: to God, others, self, and creation.[1]  Anabaptist and Jewish writers refer to this harmonious, God ordained web of relationships as “shalom.”[2]  N.T. Wright says the following about the earliest humans:

In the early stories, the point was that the Creator loved the world he had made, and wanted to look after it in the best possible way.  To that end, he placed within his world a looking-after creature, a creature who would demonstrate to the creation who he, the Creator, really was, and who would set to work developing the creation and making it flourish and fulfill its purpose.  This looking-after creature (or rather, this family of creatures: the human race) would model and embody that interrelatedness, that mutual fruitful knowing, trusting and loving, which was the Creator’s intention.[3]

Defining Sin within the Context of Shalom

The powers of evil and human rebellion damaged God’s good world, disrupting shalom.  God does not give up on the creation project at this point, which demonstrates his grace toward what he has created.  Humanity walked away from shalom, from the vocation of living as God’s Eikons.  In doing so, the relationship between humanity, the rest of creation, and God, was distorted causing everything to be thrown out of balance.  This is where we find the present state of the world: out of sync with God’s creative purposes.  From this point onward, humanity would not know what it means to exist as fully human, reflecting the glory of their Creator.

Humanity continues to demonstrate their fallen-ness through perpetuating sin. Cornelius Plantinga gives the most helpful definition of sin that I’ve seen:

Sin is disruption of created harmony and then resistance to divine restoration of that harmony….God hates sin not just because it violates his law but, more substantively, because it violates shalom, because it breaks the peace, because it interferes with the way things are supposed to be. (Indeed, that is why God has laws against a good deal of sin.) God is for shalom and therefore against sin. In fact, we may safely describe evil as any spoiling of shalom, whether physically (e.g., by disease), morally, spiritually, or otherwise. Moral and spiritual evil are agential evil – that is, evil that, roughly speaking, only persons can do or have.  Agential evil thus comprises evil acts and dispositions. Sin, then, is any agential evil for which some person (or group of persons) is to blame. In short, sin is culpable shalom-breaking….

“Culpable disturbance of shalom” suggests that sin is unoriginal, that it disrupts something good and harmonious, that (like a housebreaker) it is an intruder, and that those who sin deserve reproach. To get our bearings, we need to see first that sin is one form of evil (an agential and culpable form) and that evil, in turn, is the disruption or disturbance of what God has designed….

In sum, shalom is God’s design for creation and redemption; sin is blamable human vandalism of these great realities and therefore an affront to their architect and builder.[4]*

The cross and resurrection offer freedom from the alienation between the web of relationships known as shalom. Christ’s death and resurrection offer us the opportunity into the life of sanctification – becoming more fully human – so that we can take up our mantle once again as image-bearers (ultimately consummated in the restored creation to come).

What are the benefits of approaching “sin” in this way? How does this affect our understanding of human identity? Preachers: How does this challenge the “gospel” sermons we were taught or grew up with?