Free eBook: Evolution & Scripture are NOT Mutually Exclusive – Ham & Nye are both wrong 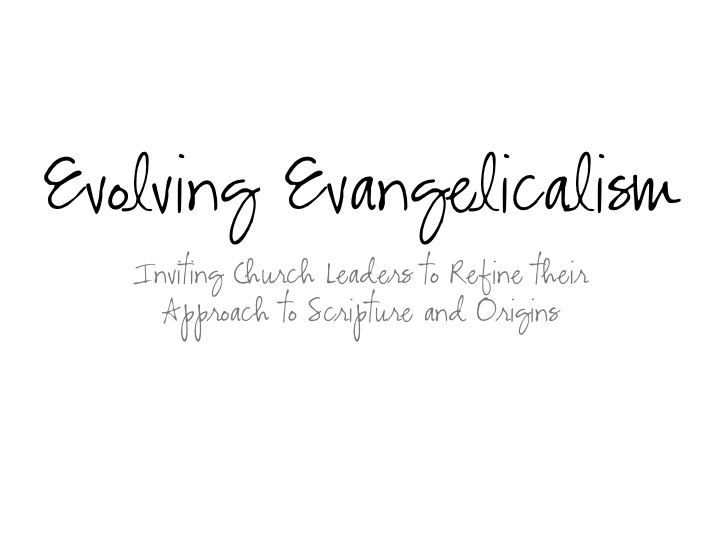 Most folks probably know that Ken Ham and Bill Nye just debated the origins of the earth. Ham, a youth earth creationist, and Nye (the science guy), an atheist, demonstrated that the old dichotomy remains in some segments of culture: the bible and science are incompatible. This is a false dichotomy – one that prompted the writing of a free eBook Evolving Evangelicalism: Inviting Church Leaders to Refine their Approach to Scriptures and Origins – ought to alarm those of us who call ourselves followers of Jesus. Nye did make clear that there are some Christians who disagree with Ham – and for good reason!

In Evangelicalism, young adults raised in the church are leaving their faith behind.  Others, often in the same age demographic (but not always), will not entertain the idea of becoming a Christian because they perceive it as untenable based on their intellectual sensibilities.  As one study states, young Christians leave the church because “churches come across as antagonistic to science.”  This concern is a byproduct of Evangelical church culture that often perpetuates an ethos offering mutually exclusive options.  Either: A) believe in God as Creator to be a Christian or B) hold to biological evolution to be an atheist.

In this eBook, I invite church leaders to refine their approach to Scripture and origins.  Many well-meaning Evangelicals, in an attempt to honor the Holy Spirit inspired Scriptures, fail to recognize that God’s world reveals truth as well.  As St. Augustine believed, both the books of Scripture and Nature must be considered in our quest for truth.  Those who lack this awareness “bring untold trouble and sorrow on their wiser brethren… and are taken to task by those who are not bound by the authority of our sacred books.”  This applies to the conflict created by Evangelicals between evolution and a biblical theology of creation. This antagonistic stance is unnecessarily hindering some people from becoming or remaining part of the Christian faith, when in fact, the biblical witness of cosmic and human origins in no way conflicts with modern science.

In the biblical portion of the eBook I examine Genesis 1 through its: literary form, historical context caused by the exile, subversion of Babylonian ideology, choice of the word bara’ (create), functional ontology, and its cosmic temple inauguration view.  After demonstrating that Genesis 1 is not about how God created materiality, I offer three theological options for understanding Adam and Eve in light of the two books.  All of the issues discussed arise out of the biblical text and refine our reverence for God’s Word rather than compromising because of science.

At the end of the eBook, I offer several ways the church can move past the false polarity between science and Scripture.  This issue is not a mere intellectual exercise but potentially has eternal ramifications for those sensitive to scientific concerns.

Evolving Evangelicalism: Inviting Church Leaders to Refine their Approach to Scriptures and Origins

January 30, 2014
The Reconciliation of LGBTQ vs. Chick Fil A - why I stayed silent and the beauty of hospitality
Next Post 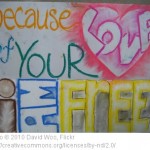 February 10, 2014 The Beautiful Risk of Calling God our "Father" - reflections from a young dad
Recent Comments
35 Comments | Leave a Comment
Browse Our Archives
Related posts from The Pangea Blog