Changing our Lenses on Crime and Punishment – a restorative justice view 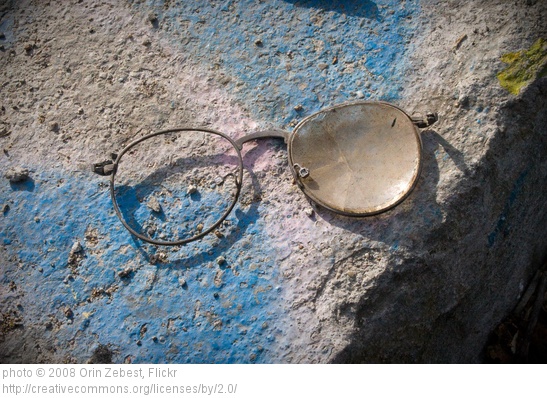 My friend Ben Corey wrote a great set of blogs on our justice system and the connection to theology. His blog, How a Poor Theology of the Cross Created America’s Broken Justice System, frames the discussion well…. read, read, read it! In the following blog post, I want to come alongside the great work that he did last week on Restorative Justice by pointing to the best introduction to the issue – Changing Lenses.

Changing Lenses – A New Focus for Crime and Punishment by Howard Zehr, invites readers to do exactly that: change lenses.  The lenses through which we view our world, particularly our paradigm of “criminal justice” needs to be cleaned up or changed completely.  Zehr brilliantly demonstrates this.  I want to articulate an overview of the book and build in some reflections along the way.  This is mostly for my benefit as I have not done much academic work on restorative justice, but believe in it profoundly.

Speaking of lenses as paradigms, Zehr points readers to a foundational understanding: “Our understandings of what is possible and impossible are based on our constructions of reality” (89).  In other words, the easy thing to do is to assume that the way we construct concepts about justice in the modern West, is the way it must be.  Zehr takes up the challenge of confronting this assumption by deconstructing a perspective called retributive justice.  A summary of this view, which the West baptized, is:

When we identify something as a crime, a number of basic assumptions shape our responses.  We assume that

In this system of law (which the United States holds to), guilt must be fixed to an individual in light of their offense.  This guilt, which is based on an abstract law that was offended (notice that it lacks relationality between the victim and offender), must be appeased through the designation of consequences.  The focus is the appeasement of the law not the repairing of the relational breach between the people who were part of the incident and the community the crime affected.  To get at this understanding a bit more and with the intention of communicating some thoughts from Zehr about the alternative of restorative justice, it will be productive to look at the victim and offender.

Zehr persuasively argues that victims ought “to be at the center of the justice process with their needs as the major focus” (30).  This is true in light of six questions that victims need to answer in order to find healing after the offense.  1) What happened? 2) Why did it happen to me? 3) Why did I act as I did at the time? 4) Why have I acted as I have since that time? 5) What if this happens again? 6) What does this mean for me and my outlook (my faith, my vision of the world, my future)? (26-27).  During the process of figuring out these questions, victims need to be able to safely express their emotions and be given ways to feel empowered.  Victimization dehumanizes and what these folks need most is to restore a sense of full humanness.  But the process as it stands removes victims from the proceedings except as a witness toward guilt of the abstract law.  Zehr adds:

[Victims] are frequently astonished to find that charges can be either pursued or dropped without regard to victims’ wishes and that they are provided little information about the case.  Such neglect of victims not only fails to meet their needs: it compounds the injury.  Many speak of a “second victimization” by criminal justice personnel and processes.  The question of personal power is central here.  Part of the dehumanizing nature of victimization by crime is the way it robs victims of power.  Instead of returning power to them by allowing them to participate in the justice process, the legal system compounds the injury by again denying power.  Instead of helping, the process hurts (30-31).

When it comes to the offender, the default in our court system is to send people to prison.  Rather than jail being a last resort, it’s the first response.  The language of accountability often gets sited to justify the need for so many offenders to spend long amounts of time in jail.  Essentially, what our system does is extract them from the circumstances/communities to which they ought to be seeking various forms of restitution.  But again, because of the disconnect between their crime and the victim of the offense, jail does not lead to accountability at all.  Consequence, yes; accountability, hardly.  “Offenders rarely are encouraged or allowed to see the real human costs of what they have done” (41).  This situation leads them into the hostile position of defending themselves against an abstract law.  So, instead of having the opportunity to deal with the guilt associated with the offense, they are sent to prison where they “often construct elaborate rationalizations for their actions” (40).  In this way, the system of retributive justice allows offenders to justify their actions rather than the possibility of confronting their own evil in light of the victim.

Restorative justice is a relational journey that has as its goal, reconciliation.  For many, such a telos may seem to be stuck in the clouds of idealism.  Ron Claassen is sited as demonstrating that we ought to understand reconciliation as a continuum, rather than a fixed outcome.  In other words, some forms of reconciliation may simply mean that the conflict has been made right.  The hope is that in any form of reconciliation that healing can occur, both for the victim and the offender.  In doing so, accountability is set in relationship rather than abstract law (see 188-189).

Much more could be said about Changing Lenses and the restorative justice paradigm.  Some wonderful examples, such as VORP, can be sited as demonstrating that this alternative approach actually works.  Also, it seems to me that these two lenses inform many of the theological conflicts taking place in recent years.  I would agree with the author that the primary biblical model of justice has to do with the breakdown of relationship that must be mended.  Alienation must be repaired in light of the biblical narrative.  The Bible has as a primary concern the need for broken people to find wholeness, which cannot take place outside of relationship.  Restorative justice moves effectively in such a direction. 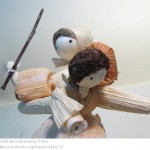