Cracks in God’s Beautiful World: social justice as an act of spiritual warfare 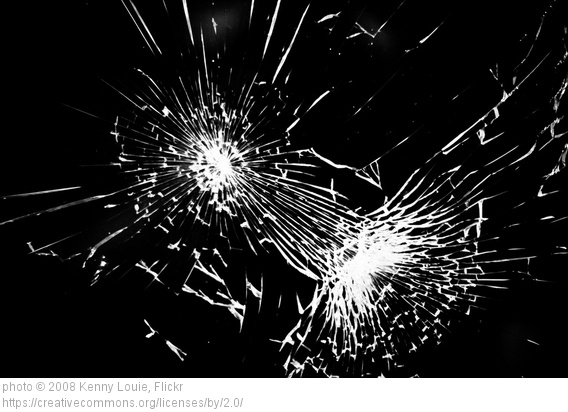 [This article originally appeared in Prism Magazine (Vol. 19., No. 5 – Sept/Oct 2012). I am a huge fan of the work of ESA and Prism and highly recommend utilizing their resources!]

How is it that we really make a difference in this world?

A few years ago, while driving to a speaking engagement in Los Angeles, I flinched as an airborne object met with my windshield. Ding!

The projectile smacked the bottom right-hand side of my windshield, leaving a small crack. But over the course of several weeks, the crack crept west until an arc-shaped horizontal line had traveled its entire width.

I was frustrated—but also cheap. I decided to leave it alone. After all, the fracture no longer had room to grow.

Enter three years later—same crack, same window. Yet something had changed over time—something in me. The crack had become an accepted—in other words, acceptable—part of my view. Deep down I knew the crack distorted what should have been a perfectly clear view. But by ignoring it, by looking past the crack rather than repairing it, I had absorbed it into what I considered to be normal.

Like my windshield, our world is full of cracks and imperfections. The easy thing is to ignore these problems, accepting them as normal. But when we do, a subtle apathy creeps in. Instead of acting like people empowered by God to repair the brokenness, we take the path of least resistance and simply ignore it.

The cracks are obvious—and ubiquitous—as we take in the morning newscast. A child is kidnapped. A government declares war. A plane crashes. A famine threatens the lives of millions. And all this before our first cup of coffee. By the time we walk out the door for work, we’re already overloaded with the many troubles of our world.

And global bad news is quickly eclipsed by stressors that hit much closer to home. We pass a homeless person at a streetlight and speculate on how he ended up there. We wonder how secure our job really is. We think about the size of our daughter’s college tuition. We worry about a family member caught in addiction.

By the time we arrive at our destination, we are paralyzed by personal stress and/or empathy overload. With our own small corner of the world containing more brokenness than we possess strength to engage, our default mode becomes a posture of ignorance when it comes to larger justice issues. We look past the cracks of injustice, violence, and poverty, normalizing the world’s pain while the back rooms of our minds and hearts slowly fill with guilt, shame, and anger.

The Scriptures remind us that the world we live in does not match God’s intention. The Bible does not Photoshop reality but wrestles honestly with the sticky situations in which the biblical authors find themselves, situations that have a lot in common with our 21st-century lives.

In Ephesians 6:10-18, Paul invites the church to “be strong in the Lord and in his mighty power” and to “put on the full armor of God so that you can take your stand against the devil’s schemes.” While some who grew up in the evangelical subculture may dismiss this passage as an extreme portrayal of a spirit world where demons lurk behind every bush, others see it as valid but primarily relevant to issues of personal temptation.

Outfitting ourselves with truth, righteousness, and faith does indeed equip Christ-followers to find victory over any attack from the “powers of this dark world,” and this “spiritual warfare” approach has emboldened my own prayer life over the years, allowing me by God’s grace to live with integrity. But I suspect that I am not alone in having long neglected an understanding of this approach that reaches beyond personal values to broader prayers for justice in the world.

As a 12-year-old, I played city league basketball. The score was close during the final game of the season, and the other team tied in the final seconds. Invigorated by the impending buzzer and the sense that anything might happen now, I soared into the air to grab a rebound. Touching down briefly, I jumped back up in a moment of glory and put the ball in the basket. Adrenaline surged through me until I realized that my teammates were looking at me in disgust. I had scored for the wrong team by playing offense when we were in fact on defense.

In applying Ephesians 6, we must understand that while spiritual warfare is often defensive—for we must defend ourselves spiritually when the powers of evil attack us directly—it is also meant to be offensive.

How do we know this? First, Paul’s armor metaphor would have been informed by the Roman soldiers he saw each day from his jail cell. As conqueror and colonizer of the known world, first century Rome was decidedly on the offensive.

Second, we must understand that Paul’s main source of inspiration was the Hebrew Bible. Consider Isaiah’s words in chapter 59:

The Lord looked and was displeased to find there was no justice. He was amazed to see that no one intervened to help the oppressed. So he himself stepped in to save them with his strong arm, and his justice sustained him. He put on righteousness as his body armor and placed the helmet of salvation on his head. He clothed himself with a robe of vengeance and wrapped himself in a cloak of divine passion (vs. 15-17).

God looks around and is “displeased to find…no justice.” God himself needs no defending. But he puts on his armor in order to intervene and fighting on behalf of the oppressed. He asserts himself in the name of justice. Paul invites us communally, as God’s people, to put on this very same armor, God’s own breastplate and helmet and cloak! According to Ephesians 6, we can join in God’s offensive liberating activity on behalf of the oppressed. Through words and actions, together with God, we proclaim the subversive victory of the cross.

While it is easy to feel overwhelmed in view of the brokenness in our world, powerless to make any significant impact, this text invites us to an opposite response. As we catch the vision of Ephesians 6, we realize that in spite of our weakness, God’s “mighty power” and divine resources are at the church’s disposal. We truly have everything we need to “stand” against the evils in our neighborhoods, city, and world. We will never repair every crack in our world, but with God’s resources and in partnership with the community of faith, we can take a “stand” against Satan’s schemes that seek to corrupt God’s good world. As a body, we must put on:

Ultimately, we recognize the powerful weapon of prayer. As we pray in community, matching our prayers with our actions, we join with God in active pursuit of justice and dismantling of injustice. When we understand that this armor represents God’s own resources, we no longer feel powerless. God is reclaiming the cosmos, and he invites the community of believers to join in the justice movement of Jesus. As we respond to his invitation, we will see cracks repaired!

Not long ago, my wife and I flew up to Portland for a time of ministry training. A friend’s father, who lives a couple of minutes from the airport, kindly offered to have us park our car at his home while we were gone, rather than leaving it in the pricey airport parking lot.

When we returned, the man who had kept our car drove it to the airport to pick us up. After a minute or so of riding in my car, I began to have the feeling that something was different. Then it finally clicked—the crack was gone! This generous-hearted man had seen the crack in my windshield and decided to do something about it. Believing that his resources came from God, he had put them to work on our behalf.

Driving home that day was an incredible experience. My view through the windshield was transformed. The world was no longer distorted by a long crack.

God is powerful. When we are overwhelmed by more problems than any one person can handle, we know that God is at work in the world to oppose evil. This reality ultimately came to fruition in the life, death, and resurrection of Jesus. Until the finality of the gathering of all things—the beautiful union of heaven and earth—we are invited into partnership with God. Together, we can be empowered by God to make a difference in and beyond our sphere of influence.

May we see the cracks in our world as they truly are, distortions of God’s good intention. May we see injustice as opposed to the way of Jesus. And may we, together, do justice to spiritual warfare by taking up God’s own armor for the cause of the vulnerable and oppressed. 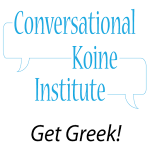 April 3, 2014
Give Greek a "Go!" - an easy way to finally learn the language of Scripture
Next Post 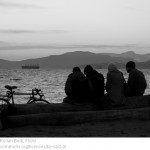 April 29, 2014 The Crisis of Millennial Mentorship: what young leaders desperately need to hear
Recent Comments
0 | Leave a Comment
"The motivational speaker is homest because at least they know people have to so the ..."
Critically Think What’s the Difference Between Preaching and ..."
"big fan of Boyd"
Owen W Recommended Resources: "Spiritual Warfare" Series by ..."
"Wait"
Julia 2 Reasons NOT to ‘Keep Christ ..."
"What"
Julia 2 Reasons NOT to ‘Keep Christ ..."
Browse Our Archives
Related posts from The Pangea Blog