Why the Rapture isn’t Biblical… And Why it Matters 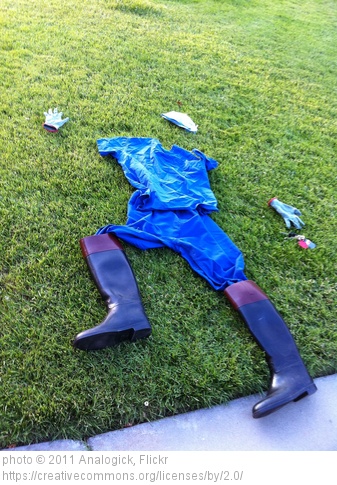 I grew up in church culture. Most of what I recall from those early childhood and teenage years bring memories of good things.  People genuinely taught me that loving Jesus matters more than anything else in the world.  The world, after all, is corrupt and the place we truly long for is far, far away – heaven.  So we are to love Jesus and hate the world.

Now, this is not hatred toward the people on earth.  I did not grow up in a church culture that taught that we ought to tell outsiders how much they suck, but that this “world is not my home, I’m just a passin’ through.”

World and physicality = bad.
Jesus and spiritual bliss in a distant heaven = goal of the game.

This distinction came with a subset of beliefs about the destiny of God’s world.  Eventually this planet would be destroyed and we Christians would “fly away” to heaven at the rapture of the church.  Certain Christians understood the timing of the rapture as it corresponds to the book of Revelation differently than others, but no one ever denied the imminent return of Jesus to evacuate the church out of earth.

What I’ve come to realize is that the church of my youth probably had the rapture all wrong.  You see, the Bible flows from Creation (Gen 1-2) to Renewed Creation (Rev 21-22).  This is the narrative of Scripture.  Nothing in the text (if read in its proper context) alludes to the actual complete destruction of the planet.  This world’s worth to the Creator runs deep and because of this, the world as a whole ought to be intrinsically valuable to us.

Physical/earthly realities such as social injustice, violence, hunger, preventable sickness, and the destruction of nature are invitations to the church of Jesus to get our hands dirty and proclaim that this world matters (even in its broken state)! Christ will complete creation upon his return, uniting heaven and earth for the life of the age to come!

The famous “rapture” passage is found in 1 Thessalonians 4.15-17 and reads:

According to the Lord’s word, we tell you that we who are still alive, who are left until the coming of the Lord, will certainly not precede those who have fallen asleep.  For the Lord himself will come down from heaven, with a loud command, with the voice of the archangel and with the trumpet call of God, and the dead in Christ will rise first.  After that, we who are still alive and are left will be caught up together with them in the clouds to meet the Lord in the air. And so we will be with the Lord forever.

This passage, when placed in the larger context of the chapter, is answering questions that Christians in Thessalonica had concerning death.  What has happened to our loved ones who have died before the return of Christ to earth? What is theirs and our ultimate destiny? Paul’s answer: bodily resurrection at the return of Christ to earth!  Not an escape into the sky [see appendix below!].

In this passage, Paul borrows two specific images from the Old Testament that would have been familiar to Jewish converts and Gentiles who were familiarizing themselves with the Hebrew tradition.  The first of these that Paul employs in the text has to do with Moses who comes down from Mount Sinai with the Law with the great blast of the trumpet.

The second image is taken from Daniel chapter 7 where the “one like the son of man”  (or “human being” or “The Human One”) and the community he represents is vindicated over the enemies of the people of God.  Clouds here symbolize the power and authoritative judgement of God about the rescue of his people. This idea now seems to be applied to Christians who are facing various forms of persecution.

Finally, there is a third image in the text that comes from outside of the canonical context.  This is the image of an emperor who visits a city.  The people of that region would have gone out to meet him to usher him into their home in a royal procession out in the open air.  This, Paul seems to apply to the church who will usher in their King into the new creation.***

Rapture, as it is popularly understood, is nowhere to be found in this “rapture” passage.  Christ will return to resurrect, to purge, to heal, and to establish the eternal kingdom of God on this earth. Heaven and earth will unite like a bride and husband – for all eternity. That’s it.

The Bible teaches that when Christ comes back, it will be Good News!  “‘He will wipe every tear from their eyes. There will be no more death or mourning or crying or pain, for the old order of things has passed away’” (Revelation 21.4).  Surely we cannot erase judgment from the picture, but the hope is that those in Christ will be raised to eternal life and everything that is wrong with this world will be made right.

This world renewed is going to be our home for eternity, and we have the opportunity to reflect that future in our present.  Rapture invites us to escape this world: the last thing that Jesus would have ever taught! “On earth as in heaven” is what he said, not “in heaven away from the earth!” Our world’s future is hopeful. Let’s tell that story and not the escapist narratives that many of us grew up with.

[Kurt Note: This article is an adaptation from various pieces that are part of my “rapture” category.]

Below is a Word Study that I did based on 1 Thessalonians 4.17.  What is interesting to me is how it reinforced my belief that the “rapture” as it is popularly understood (Jesus secretly returns to extract believers from earth to heaven for eternity) is completely unwarranted.  If you choose to follow the logic below, you will know why 🙂

The usage of ἀήρ in the New Testament by verse:

…ἐξουσίας τοῦ ἀέρος τοῦ πνεύματος…
…power of the air, the spirit that…

…κυρίου εἰς ἀέρα καὶ οὕτως…
…the Lord in the air: and so shall…

…ἐπὶ τὸν ἀέρα καὶ ἐξῆλθεν…
…vial into the air; and there came…

1) the air, particularly the lower and denser air as distinguished from the higher and rarer air 2)the atmospheric region[1]

After surveying the above seven occurrences, it is clear that the definition is simply the area of unseen space in our atmosphere.  Below, the meaning in its various usages are explained:

Although ἀήρ is not a word that is frequent in the New Testament, it is interesting to note that there is only one other word that is translated into English as “air.” The Greek οὐρανός has a different meaning when used as “air” than ἀήρ.  Rather than referring to the “lower and denser air as distinguished from the higher and rarer air,” it means:

1. the vaulted expanse of the sky with all things visible in it

2. the region above the sidereal heavens, the seat of order of things eternal and consummately perfect where God dwells and other heavenly beings[3]

It seems that the difference between these two words will prove to be significant.  The word in the 1 Thessalonians text indicates the “air” of the “lower” region as opposed to the “heavens” as οὐρανός can also be translated (heavens – 24x, heavenly – 1, heaven – 218).  In other words, Paul had an option to use either of the words to talk about the “air” but he chose to use the word that refers mostly to the lower atmospheric region.

In the context of 1 Thessalonians 4.17, Paul is answering questions regarding the blessed Christian hope.  What happens to Christ-followers who die before the return of the Messiah?  Are they gone forever?  And what about those of us who are waiting for this day?  What are we to look forward to?  In answer to these kinds of questions Paul describes the coming of Jesus as a moment of resurrection.  Because Jesus died and rose again, his followers will someday be like him.  They will have bodies that are restored to the image of Christ who is the image of God.

Paul in this passage uses mixed metaphors to communicating the reality of the final resurrection.  He employs imagery from the Old Testament as well as from Roman royalty.  Christ will appear in such a way that it will be like Moses when he descended down from the Mountain of Sinai.  He will come with the “clouds” meaning that he will come with the power / authority of heaven like the “son of Man” in Daniel 7.  When this happens all followers of Jesus will be gathered around their King and will usher him into the new heavens and new earth.

Unfortunately, the present passage of Scripture has been interpreted in several different ways; mostly indicating that the return of Christ will be a rapturous moment when God will snatch believers away from this evil world to meet him in the “air” (up in heaven) for eternity.  There are several problems with this approach (too numerous to look at for this word study).  The current word study exposes one of the fallacies in this interpretive scheme.

Had the Apostle wanted to communicate that Christ coming downward to take us upward was the goal of the 2nd coming, he could have chosen to use a word like οὐρανός.  This word, which is interpreted as “air” on some occasions (as indicated above), would have given the impression that going to meet Christ in the “air” was a upward heavenly route.  However, what this word study has discovered is that the word Paul chose to use was one that indicates the lower part of the atmosphere.  Paul had a grammatical choice to make, and clearly he did not want to misguide his first century audience by making them think that being “with the Lord forever” actually meant going to heaven, away from the creation project.  So, in order to keep his metaphorical devices in place without giving the wrong impression, he chose to use ἀήρ to indicate that he was not talking about escaping this world; but rather being part of its redemptive process.  If the alternative word had been selected, Paul would have given us the opportunity to affirm cosmological dualism.

There is no dispute of how ἀήρ is to be translated from Greek into English among the translations.  In every version that was checked (ESV, KJV, NIV, and TNIV) this word is translated as “air.”

After consulting the “Easton Bible Dictionary” we find that this word study’s findings about the meaning of the word ἀήρ is consistent and verified.  It states: “The atmosphere, as opposed to the higher regions of the sky (1Th_4:17; Rev_9:2; Rev_16:17).”[4] This is also confirmed by the UBS Greek Dictionary: “air; ethereal region above the earth, space.”[5] 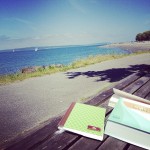 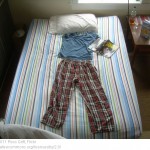 June 5, 2014 Resources for Shaping a *RaptureLess* Theology: Where to Start to Debunk Left Behind
Recent Comments
153 Comments | Leave a Comment
""
Ixire What is the Kingdom of God? ..."
""
I8UrBeans Cosmic Signs Don’t Signal a Rapture ..."
""
AMENOLITY Cosmic Signs Don’t Signal a Rapture ..."
""
StayBlessed Love is the Only Way: Why ..."
Browse Our Archives
Related posts from The Pangea Blog