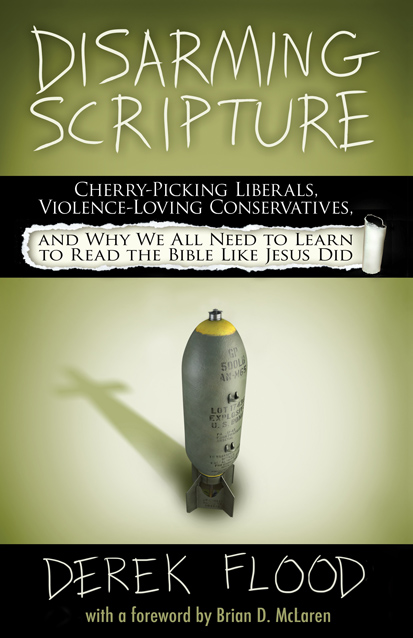 Disarming Scripture deals with the problem of violence in Scripture, tackling a wide range of troubling passages–from commands to commit genocide and infanticide in the Old Testament to passages in the New Testament that have been used to justify slavery, child abuse, and state violence.

Moving beyond typical conservative and liberal approaches, which seek to either defend or whitewash over violence in the Bible, Disarming Scripture takes a surprising yet compelling approach: Learning to read the Bible like Jesus did.

The following is an excerpt from the book:

If you’ve ever been part of a discussion on nonviolence, you’ll know that, more often than not, the conversation finds its way to the infamous “what if?” question, where an extreme no-win scenario is presented that goes something like this:

Such questions are really more of an accusation, asserting that it would be immoral not to protect our loved ones if they were in danger. It’s a question asked in exasperation, “Of course you should shoot the bad guy and save your loved one!” they scream inwardly. To neglect this would be a scandal, it would be foolishness.

On the other side of the argument we have those who are seeking to be faithful to follow Jesus’ command to love our enemies. Their desire is to end the vicious spirals of violence, but this what-if question backs them into the corner, portraying them as negligent in caring for their loved ones if they do not pull the trigger.

On both sides of this debate are people who deeply care about the welfare of others. On one side we see a desire to protect and defend, and on the other a concern to renounce the dead-end way of retribution and violence. What’s so painfully frustrating is that framing the debate in this way polarizes both sides, effectively bringing constructive discussion to a standstill. It’s a classic example of an “us vs. them” dynamic where each side regards the other as the bad guy.

Like a Chinese finger trap, the more you struggle, the more stuck you get—each side reacts, and the polarization just gets deeper and deeper. So how can we both break out? How can we respect the concerns of people on both sides of the debate, bringing us out of the deadlock and into a productive conversation? This is the essential question of nonviolence: How can we break out of the trap where each side sees the other as the “bad guy”?

For those of us on the side of nonviolence, we need to begin by acknowledging the legitimate concerns of those who argue in favor of violence. Their concern is to protect loved ones, and violence is the only means they can see to do this. When life is on the line this naturally triggers deep emotional reactions, it evokes our survival instincts, and consequently people may express themselves in rash ways at times, but at heart we need to recognize the legitimate and healthy concern for self-care behind people’s objections to enemy love. Such people don’t object because they love violence or refuse to obey Jesus, but because of a valid concern for protecting their own welfare, and the welfare of their loved ones.

In response to this, some of my fellow pacifists have argued that Christians should simply follow Jesus’ way of nonviolence regardless of the consequences or whether it makes sense to them. After all, they might protest, “Isn’t the way of the cross foolishness? Doesn’t Jesus tell us to die to ourselves? We need to follow Jesus regardless of the cost! The way of Jesus goes against our thinking, but we still need to obey even if we don’t understand!” they argue.

While this obedience to Jesus is certainly well meant, it is unfortunately reflective of the very same authoritarian religion that Jesus, as we have seen, was so opposed to. Again, the reason Jesus is opposed to this unquestioning obedience—even when done in the name of pacifism and a commitment to enemy love—is because it leads to harm.

The simple reality is that we cannot follow something if we don’t understand how. This inevitably results in hurtful application because we have no means by which to evaluate what is a correct application, and what is not. That’s not the kind of faithfulness Jesus calls us to. Jesus calls us to read the Bible like he does, and that means having a thinking and questioning faith.

Excerpt from the book Disarming Scripture by Derek Flood 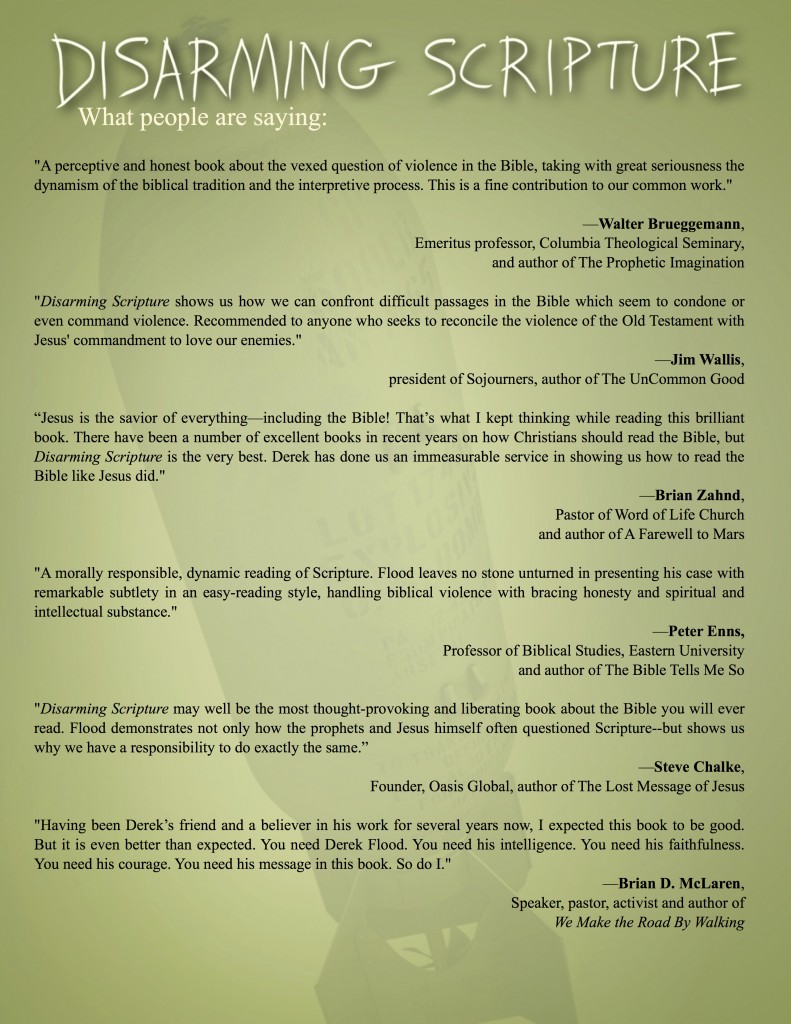 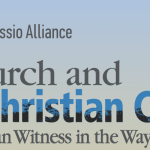