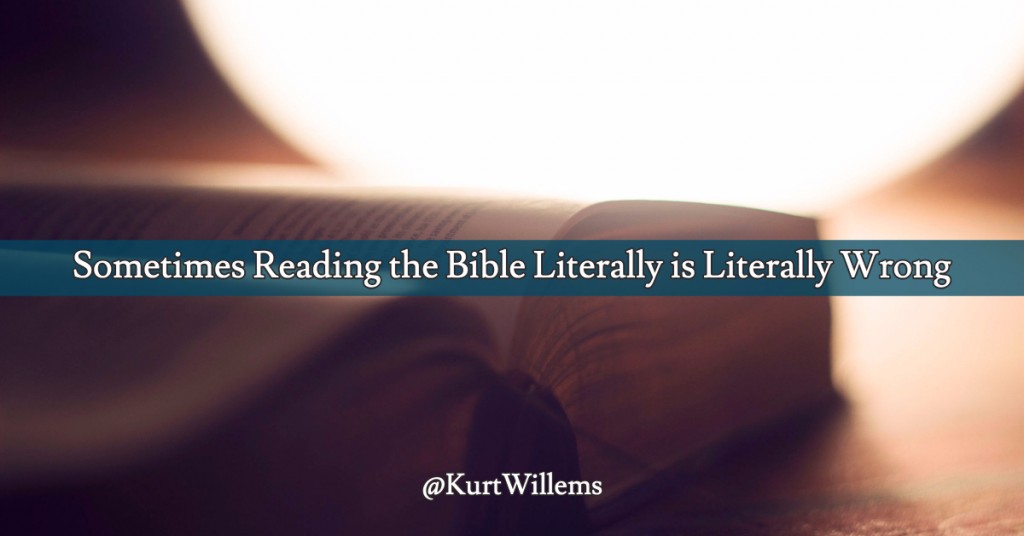 For most of my life the goal of reading Scripture was information in, transformation out.
It was almost as if the Bible was an archive of knowledge that could be mastered by the most devoted disciple.

And often I still notice this trend playing itself out in one way or another. In other words, Christian character is often measured by how many verses someone can whip out in a freestyle theological debate.

(And usually, that “thus” leads to how right the verse slinger is in his or her opinion about a theological matter.)

Unfortunately, this pick and choose method, although for some can be evidence of a passion for God and the Bible, is problematic in many ways.

And, being able to pull out chapter and verse on a dime isn’t a sign of transformation that the Bible itself usually emphasizes. A better starting point is the “fruit of the Spirit” or the virtues Jesus advocates in the Sermon on the Mount.

Beyond this mismeasure of character formation, is the way that the Bible gets used in these sorts of situations.

Many of us were trained to take the whole Bible literally.

Here’s the deal: when you tell people that the whole Bible can be understood by trusting the meaning of the “plain sense” of the text (what it means to the reader from their vantage point), then the picking and choosing method of theological interpretation becomes a natural way to work it out on the ground.

But the Bible isn’t designed to be an archive of isolated sayings and stories that we can pull from to make synthesized arguments for our various opinions about God and the church.

It is a library.
It is a set of books.
It has multiple voices with varied vantage points.
It speaks of God differently depending on its setting.

And if we believe that this library we call the Bible is actually inspired by God, we do right by it when we take it on its own terms: not our own.

The Bible isn’t something we can extract into literal wooden principles or minimize to one genre.

We can’t make the Bible too simple: when we do, we squelch the voice of the text to mimic our voice a bit too much.

That can be dangerous, or just a bummer. The Bible offers so much more than plain sense readings!

I want to give a simple but important grid for approaching anything we read in the Bible.
I realize that not everyone who reads Scripture as an act of devotion will have time to do all of these steps, but all of us have access to quality resources that do some of the heavy lifting for us.

Let others do the heavy lifting! No shame in that! Especially if you are not a professional scholar.

You can engage scholarship by utilizing tools and methods at your own pace. 😎

This is why I write here at Patheos and Theology Curator: I want to remove as many barriers as possible that get in the way of engaging the Scriptures (which ultimately point us to Jesus) with intelligent and humanizing lenses.

Narrative flow of a passage.

Now that we’ve done our historical/biblical studies work (yep, you can be a scholar!), we now can move into theology (where we do the work of integrating what one part of the Bible says with the rest of it).
This step is a decisively “Christian step.”
For those of you who aren’t followers of Jesus, but enjoy biblical scholarship, the above steps are likely where you will stop.
For those of us who believe that the whole Bible is inspired, we need to move into these final two stages of the interpretive process.

I hope this gives you something to sit with about how we read the Bible.
Literal interpretations can be helpful when we are meant to read things literally. No doubt!
But we need to notice that it isn’t as simple as reading something and making meaning out of what it seems to say on the surface.

The Bible is too important of a book for that! In fact, it is a library that points us to a God of love! 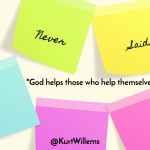 July 17, 2017
Jesus Never Said: "God Helps Those Who Help Themselves"
Next Post 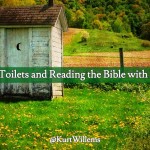 July 24, 2017 Church Toilets and Reading the Bible with Agendas
Recent Comments
19 Comments | Leave a Comment
"i have broken one the biggest unwritten rules of American Evangelicalism by actually finding democrats ..."
Wesley 8 Signs That You Might Be ..."
"In Luke 21:36 Jesus said: "So keep watch at all times, and pray that you ..."
Tamara Bogner Why the Rapture isn’t Biblical… And ..."
"WRONG! Jesus was clearly speaking about the last days and latter times in which His ..."
Lethal Hazard Why "No One Knows the Day ..."
"The motivational speaker is homest because at least they know people have to so the ..."
Critically Think What’s the Difference Between Preaching and ..."
Browse Our Archives
Related posts from The Pangea Blog