The Peripatetic Preacher and Mortality 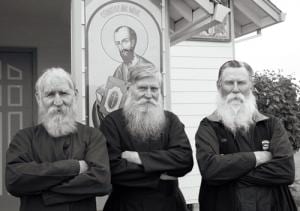 This upcoming July 8 will be my 73th birthday. My father died when he was 73, so I am now thinking a bit about mortality. It is not that I anticipate death in my near future. Indeed, my health appears to be good; I exercise fairly regularly, though not as often as I should. I eat fairly well, although my sugar intake is too high, I am sure. I weigh perhaps 10 pounds more than I ought, but I have been nearly the same weight now for many years, and I am not in any sense obese. In short, I can anticipate more years of living, though, of course, nothing is guaranteed. My father was a heavy smoker for much of his life, and though he did not die of lung cancer, it was cancer that finally claimed him. I have never smoked, nor do I drink anything alcoholic. My mother died at 92, her father at 96, and my father’s mother at 97. My older brother will soon be 78, and his health remains good. My younger twin brothers will soon be 67, and both seem hale and hearty. As you can see, I have a strong set of genes floating within.

Yet, it is sobering to realize that one will soon be the age of one’s father’s death. I have tended recently to look more carefully at those so-called age spots on my body, those brown/black bumps that I have had for many years. I watch them for growth and change, but have seen none of either. I am sure that a dermatological visit is in my future, but I am not in a rush to go. I have few fears about those spots, and in general few fears about my health at all. I am in the main a very lucky person.

Still, mortality is on my mind. I do not by this mean fear of dying. I do not think I have much fear of dying, although I suppose I am curious about the prospect of it. I know I will regret leaving my life; it has been a lovely one, shared for so long with a wonderful spouse, two fascinating children, one son-in-law, and unfortunately one ex-daughter-in- law, and now two rambunctious and growing granddaughters. I have loved so much of what I have been able to do—preach and teach and write and sing and share all of it with so many people. I will definitely miss all of that.

What will happen after my death, I have not a clue beyond the most basic factual knowledge. I have willed my body to a medical school, and after they extract those parts of me that can prove life-giving to others—eyes, kidneys, liver, heart, etc, assuming they are still functioning—my body will serve an aspiring student who I hope will become a fine and caring physician for countless other people. All of that seems to me the right way to continue to be useful in the world.

Well, you say, I am a theologian and a Christian believer; surely I have what is quaintly called “the hope of heaven.” I admit freely that I do not, and have never had any notion of some sort of heavenly place where I will spend an eternity of bliss, basking in the blinding glory of God. I have told any number of parishioners over the years of my ministry that at their death God will be there, and that I believe, since Rom.8 has been for me a watchword for my life; absolutely nothing can separate us from the love of God. But beyond that bedrock statement, I have no idea what “being with God” will entail. I am ready and willing to leave all that with God. Since I am in the main a process theologian, that is one who has not found the traditional language of God—omnipotent, omnipresent, omniscient—helpful in my journey of faith, I have long imagined that upon my death I will become both a part of God and a part of the earth. I do not expect to see any former friends or relatives or passing acquaintances after I die, finding such ideas mere wishful thinking, and not grounded in any biblical texts I know of. Those many books and pamphlets that speak of “going to heaven” or “seeing a great light” or “hearing my father” mean nothing to me, the products of hopeful imaginations, unproveable completely. I have often joked that if those who claim they are certain they will go to heaven when they die are correct, I would just as soon spend eternity elsewhere. An eternity with some of those particular believers would be much more like hell to me! Can you imagine singing the Broadman Hymnal for eternity! Ghastly notion! 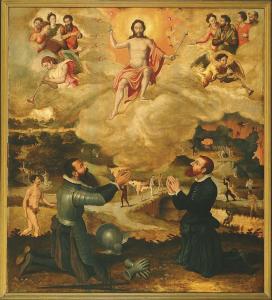 Don’t get me wrong. I do not wish to make light of anyone’s convictions or beliefs. But they know, as I surely know, that no one knows finally what will be our ultimate fate beyond returning to the earth and to the God that gave us birth. That is more than enough for me. I have loved, and known love, and more than that no human can expect in this life. No, I do not believe in hell, an appalling notion that makes God out to be nothing less than a monstrous sadist, torturing forever some of God’s creations for one brief lifetime of misdeeds. Hitler is not in hell, as much as my deep human desire for revenge wishes he were, given his disgusting and wretched life of hatred and genocide. But all that is up to God, not me, and if God is who I believe God to be, even Hitler has found his way to be a part of God, his monstrous evil somehow burned away. Do not ask me how. Surely, both a palpable heaven and hell are the creations of finite minds anxious to right the too obvious wrongs of the world. I find the universe of God far more complex and creative than those primitive notions, and I am perfectly happy to remain agnostic about all that afterlife blather. I am far too busy loving the life that God has given me to worry about what will happen when I die. I trust God will be there, as I have said, but what that may look like, I simply do not know, and that is fine.

I imagine that these ruminations may prove useless to many of you and even dangerous to others. If so, I am sorry. I just wanted to think, however simply, of what my mortality might mean to me at this stage of my life. It has helped me to begin the process of claiming my limits, to know that my life will have an end one day. And when it does, God will know what to do with it, with me. For that, I am quite grateful indeed.