The Peripatetic Preacher The Bible and Climate Change(2) 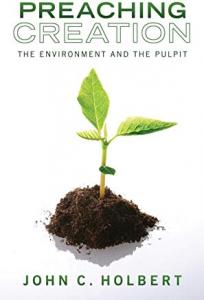 Last night I watched two episodes of a fabulous documentary on Netflix entitled “Our Planet,” narrated by—who else?—the redoubtable David Attenborough. It has the usual spectacular photographic insights into the world of animals and plants in remote spots on earth, but it has much more, something that we all must hear now, no matter how hard it is to hear it. There was one incredible shot of about a half million walruses, long tusks and all, crammed on a tiny peninsula on the Pacific side of the country of Peru. Many of these animals weigh as much as four tons, so the young among them were being forced to navigate their fresh world by dodging great hulks in combat or just a few large bodies rolling over in sleep. But why were these massive creatures living all together on this rather tiny spit of land? And this is what I did not want to hear; because the sea ice that usually provided places for them on the water was fast disappearing due to the warming ocean as a result of climate change. I am hardly a trained naturalist, let alone any sort of expert on the life habits of walruses, but I could easily see, gazing at this enormous and crowded herd on this small spot of earth, that it was not long before many of these creatures would not survive. Their usual habitat was no longer in evidence, and while perhaps some evolutionary changes will make it possible for walruses to spend more time on land than in the sea, many of the current group were doomed; they will simply be unable to survive the tenement-like conditions that I witnessed. Toward the end of the film’s sequence, I witnessed nearly a hundred of these splendid creatures dropping off their overcrowded temporary home, vainly searching for the sea ice that simply did not exist. Their huge bodies crashed against the rocks as they plummeted to their deaths.

That is merely one result of climate change for one species of our abundant earth. Attenborough earlier had intoned that some 40% of the earth’s species were now in danger of, or had already experienced, extinction. Word came via CNN this week that giraffes are now seriously endangered as a species. These stately creatures, so beloved by children the world over, who have long given their name to the letter “G” in countless alphabet books, may soon be seen only in old documentary films. Right after I was laughing at the hilarious antics of several species of tropical birds as they went into various gymnastic poses to attract a mate, I was near weeping to hear that the krill population of the oceans, those most basic food stuffs for whales and dolphins, were no longer appearing from the ocean floor in their trillions, but they, too, were dangerously diminished due to the warming and acidifying seas. So, while the great humpback whale populations are being replenished after most nations had banned their hunting of them, their source of food was no longer consistent. And when the penguins, who especially love mackerel, and the mackerel that feed on the krill, lose their food source, the killer whales, the orca, who especially love penguins for a snack, suffer, too. It is all a great, intertwined world of food, and when the sources get strained, the suffering goes up and down the chain. And all of this is caused by the warming world. No matter what the ignorant, uncaring politicians continue to say, the world is warming precipitously and far faster than we feared. It is past time to act.

As I have said again and again, I am no scientist, but I can read and evaluate what I see and hear. Climate change is all too real, and we are the primary cause. In the past 20 years, the world temperature has been for 18 of those years the hottest in recorded history. In the years since the beginnings of the industrial revolution, barely 200 years ago, our addiction to fossil fuels and their inevitable noxious byproducts have increased the CO2 levels in our atmosphere to concentrations not seen on the planet for several million years. The only difference is that now there are 7,000,000,000 or so of us sharing the globe, all of us searching for comfort and safety and stability. We have used fossil fuel as the primary source of those conditions, and now we are reaping the whirlwind of that use. 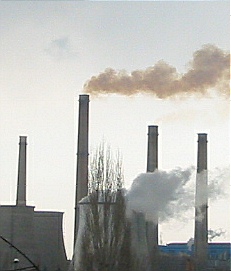 I trust you get the picture. But what am I, we, theologians to do about all this? In my first essay about climate change, I reminded us of Ezekiel’s image of the sentinel or watcher on the walls, charged with the task of warning the people whenever the sword descends upon them. Well, the sword is descending on us, though we ironically are the wielder of that sword, and it is fossil fuel induced climate change. Hence, we are now the watchers, and we must announce the danger loudly and clearly that all of us face. Though in our political cycles, many say that their central concern is health care or gun control or foreign relations or college debt or abortion. Each of these is indeed an issue of enormous significance, especially for those directly affected. But none of these comes close to the perils of climate change, an imminent disaster that is no respecter of persons or plants or animals; it is the equal opportunity evil, and we must accept that, and we must act.

We preachers and church teachers must begin now to use our public time in pulpits and classrooms to sound the alarm, and we must use our ancient scriptures to do so. In no other way can we address this enormous problem more effectively than by referring our people to the Holy Bible, the “sufficient rule of our faith and practice,” as one of the creeds has it. In the ancient scriptures, we amazingly still may find the tools we need to take on the daunting problem of climate change.

Last week I noted the importance of Gen.2:15 as a crucial verse to change our stance in the creation from supposed masters to servants. Today I point to Psalm 148 as a wonderful call to all of us to praise the creator God, joining our voices with the entire creation in that praising act. The psalmist speaks of “sea monsters (see Gen. 1:21 for their creation by God), fire, hail, snow, frost, storm winds, all wild and domesticated animals, mountains, hills, trees, all creeping creatures, all flying creatures,” all praising God (Ps.148:7-10). And finally to that buzzing, clacking, croaking, howling choir, are added “kings, princes, all rulers, young men and women, old and young together” (Ps.148:11- 12). And all these are called to “praise the name of YHWH who commanded and they were created. God established them forever and ever, fixing their bounds which cannot be passed” (Ps.148:5-6). Rather than spending our time dreaming of ways to control the planet, the psalmist bids us praise the God who created it; rather than making and buying new gadgets to make our comfortable lives more comfortable, the psalmist bids us join a huge choir of praise; rather than lording it over our fellow creatures and earth inhabitants, the psalmist bids us add our voices to the chorus and cease attempting to sing our solos as so-called privileged and special ones. We are merely a part of God’s world; not the masters of it. So now we must act as if we knew that were true.

As I have said, we all need a conversion experience to this way of thinking. We are not the center of God’s creation, but merely a part in the choir of praise to that God. Here is where we preacher/teachers may do our most important work. We can call all to repentance from the sin of arrogance, from the sin of pride of place, from the sin of exalting ourselves too high. It is not until I can actually love the creation that I can do something toward its preservation and flourishing. I urge us all to preach and teach about these crucial realities. It may not be too late, but it is getting very late indeed. 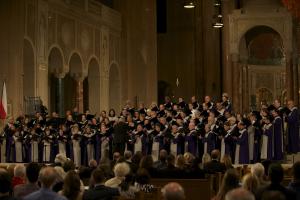