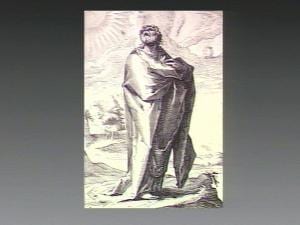 If one follows the lectionary readings as a basic source for one’s preaching, it is obvious that we Christians are approaching Advent, because the Hebrew Bible texts begin to sound rather predictive of the coming Christ, or at least indicative of what we may expect in his coming. Let me clear at the outset: I do not hear these texts as predictive of the coming of Jesus into the world, though I understand that many believers still do. I simply cannot imagine how those writing in Hebrew at least 500 years prior to the birth of Jesus could be telling us directly about that birth, hereby defying all reason and all their own convictions about what they were trying to say to their own people. Whenever Jeremiah 23 was composed, and there is hardly any way we may be certain about the date, it clearly was included in that prophet’s book by those who were convinced that they had something quite specific and hopeful to say to some Judean community who were desperate for a word of hope about their future with YHWH. Jesus has absolutely nothing to do with that hope. Of curse, for us Christians we may hear in the words some insight into what we hope Jesus has come to do, namely primarily to bring righteousness to an earth starved of it.

The key word for Jer.23:1-6 is “righteousness”. What more precisely does this crucial word mean? “Going to church regularly” does not insure that one is righteous. Reading the Bible daily is no guarantee of being righteous. Claiming the “faith of the fathers (and mothers)” does not announce anyone’s righteousness. The word in our time has been trivialized into a synonym for “virtuous” or “fair-dealing”. Biblically, this will not do. The word may refer both to one of God’s key attributes as well as to a characteristic of the true believer.

God in the Hebrew Bible is said to be a guarantor of equitable justice. All persons are said to be equally cared for by this sovereign God and are given by that God full and complete access to fair treatment. But not only is God seen as one who provides equal access, God is also praised as the God who intervenes in the world to shalom, that unity and wholeness of humanity that humans are forever shattering with their striving for power and their lust for gain. Of course, because God is so described, it does not take long for the Bible to begin to ask serious questions of that God when righteousness in the world is elusive or seen by many as non-existent. This same prophet Jeremiah with withering sarcasm wonders if YHWH really does guarantee righteousness on earth, since the prophet sees precious little evidence of it (Jer.12:1-4). Furthermore, the ridiculous prophet, Jonah, questions with whining tone the righteousness of YHWH that would extend itself even to the hated Assyrian enemy. Surely, he cries, they deserve destruction rather than forgiveness despite Jonah’s mouthing of the definition of YHWH from Exodus 32 (Jonah 4:1-2). The Bible affirms again and again that YHWH is righteous toward all people and things, but it also raises the alarm that if it is not so, then how may anyone actually dwell in safety (Gen.18).

And because YHWH is righteous, so are we called to be righteous. Righteousness in the human context is the term used to identify people who live in community in such ways as to enhance the community’s shalom, its unity, wholeness, and oneness. Anyone named as righteous invests in community and shows special concern for the poor and needy, those who are consigned to the margins of society. This communitarian ethic may be found all over the Hebrew Scriptures from Pss. 15, 24, 37, 112 along with Job 31, Proverbs 10, 11; Is.5:7, Amos 5:7, Hos.10:12, to name only a few. And it goes almost beyond the need for saying that these communitarian acts are exactly what Jesus comes to us to urge and to enact himself. 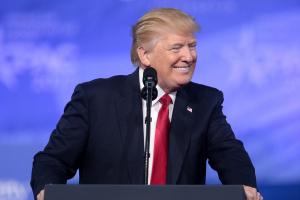 Unfortunately, it is precisely at the point of righteousness in this biblical definition that we find many in our 21st century Christian community who have plainly gone astray from the call of their God. The current occupant of the White House has built much of his policy, with the loud and very public acclamation of vast numbers of self- proclaimed evangelical Christians, on a thorough denial and repudiation of what biblical righteousness actually demands. Instead of concern for those on the margins of our American society, Mr. Trump calls them societal burdens, not pulling their own weight, not full partners in his “America first” notion that our community can only be strong when the poor and needy are forgotten and despised. When fearful immigrants come to our borders for asylum from terror and poverty, they are sent to squalid detention camps in Mexico to await adjudication of their cases. Their waits can be very long, their resources small, their access to work, food, and shelter limited. Biblical righteousness calls for treating these persons with dignity and respect, not seeing them as problems that should simply go away. To call such actions “Christian” is to make a thorough mockery of what a true Christian is called to be about. 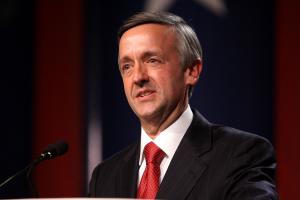 In effect, the public face of evangelical Christianity is often the exact opposite of what biblical righteousness demands. It is the call to equity and justice for all, not merely those who look and sound like white folk speaking English. It is the call to work for inclusive community, not a notion that only certain people have full access to what our society has to offer. It is the call to seek out the least and the lost, not to reject them for their lack of skills we judge appropriate for full inclusion, including language, education, and the promise of “value” in our communities. When Mr. Trump suggested that we needed more immigrants from Norway, he made it clear that he much preferred white, Western educated, fully trained people to the brown and black persons who have long come to the USA for sanctuary and hope. Such actions are not Christian ones, because they are not biblically righteous ones.

Jeremiah ends his poem by announcing that the “righteous branch” of David (Jer.23:5), presumably an heir to the great King David who will far outstrip that famous ruler in the doing of righteousness, will “deal with wisdom and will execute justice and righteousness in the land” (Jer.23:5). And because he will act like that, “his name will be called ‘YHWH is our righteousness” (Jer.23:6). Not only will this ideal king act wisely to perform righteousness; his very name will be “YHWH is our righteousness.” Little wonder that early followers of Jesus saw in him the fulfillment of Jeremiah’s promised ideal monarch. And little wonder that this text is given to us on this Reign of Christ Sunday.

Yet, we should not merely assume that Jesus has fulfilled Jeremiah’s promise, for the call to true righteousness is on all of us, not only on the one we call Christ. It will not do for us to say we follow the righteous ruler, and yet do no righteousness ourselves. That would be the height of hypocrisy, the pinnacle of a bold-faced lie. For those who call themselves Christian, much is expected of them, and what is expected is biblical righteousness, and nothing less.

October 31, 2019
The Peripatetic Preacher Thinks About Resurrection with the Help of Gustav Mahler
Next Post