The Peripatetic Preacher and Worry 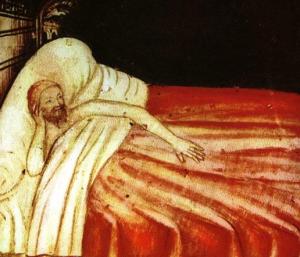 Though I am in the main a very positive person, seeing the good in nearly everyone and everything (though Donald Trump strains my positivity to the limit!), I do tend to worry about many things. I often wake early in the morning—5AM or so—and attempt to solve all the problems that I know I must tackle when the sun finally does come up. Of course, it is quite absurd to wrestle with these problems that only a hands-on approach can begin to solve while one is lying, wide-eyed, in the dark of the bedroom, but I regularly toss and turn, both physically and brainfully, in the gloom nonetheless.

Now I know what Jesus had to say about all this, at least according to Luke’s Gospel. “Therefore I tell you, do not worry about your life, what you will eat, or about your body, what you will wear, for life is more than food and the body more than clothing” (Luke 12:22-23). All well and good, Jesus, you itinerant preacher, living off the charity of some followers, and especially a few rich women, if Luke be believed. He then goes on to suggest we all look at the ravens and the lilies, that live on nothing we do, but find their existence in the care of God. “Can any of you by worrying add a single hour to your life’s span” (Luke 12:25)? Hardly! My worries in the dead of night probably subtract a day or two from my span. But even Jesus cannot stop me from worrying, no matter how sound and sensible his advice appears to be.

And Paul adds his two cents, too, as he is wont to do. His letter to the Philippians, surely his sunniest epistle, says, “Do not worry about anything, but in everything by prayer and supplication with thanksgiving let your requests be made known to God. And the peace of God, which surpasses all understanding, will guard your hearts and your minds in Christ Jesus” (Phil.4:6-7). Again, good advice, I think, but again the admonition not to worry is about as helpful to me as Nancy Regan’s old advice to those hooked on drugs, “Just say no!” Far easier said by a wealthy white First Lady than done by a poor drug-enslaved soul, committed only to his next fix.

Apparently, I need more than a simple hectoring sermon, admonishing me to “stop worrying”. The sources of my worry do not invite easy solutions, at least not all of them. I admit that some of my issues are obviously first-world ones. For example, yesterday my son and I sweated for over an hour trying to reconnect my printer to my computer after we had made a change in our WiFi connections, both title and passwords. My son is far more conversant than I with things electronic, but even the two of us together were stumped about this mysterious question. How could I print things I needed from my laptop unless I could make this crucial connection? It was a pain, but decidedly a rich person’s problem. Another first-world issue arose yesterday, too. I wanted to get the ESPN station on my TV, and since it only costs about five bucks a month, I thought it was well worth it. I love sports, and ESPN is, as they love to say, “the world-wide leader in sports.” When we moved to California, 2 1⁄2 years ago now, we did not add any cable system to our TV, finding the cost prohibitive, and the many channels offered on those systems excessive to absurd. We have a smart TV, with a few apps, along with an antenna to draw in local stations that in LA number about 30.

I imagined subscribing to ESPN would be a snap—clearly millions have been able to do it! But I could not, though my wife, Diana, certainly no fan of TV sports, tried to help. Again two minds were stumped by 21st century technology. I finally subscribed, I think, but I could not discover how to activate my subscription, meaning that I was already paying for a service I could not use. Clearly, yesterday was not a good day for a 73-year old technological numbskull. And so today, early in the gloom of my bedroom, I stewed about all of this, trying to imagine just how I was going to make my very nice printer cooperate with me, and how I was going to indulge my sports’ cravings with ESPN. Not surprisingly, lying in my bed wide awake did very little to solve my techno problems.

And then I turned to money. I am an inveterate worrier when it comes to money. I would have loved to have the problem that the rich ruler of the gospels had, when he was asked to give all he had to the poor. No, I do not mean I would have given all to the poor, though I wish I would have done so, but the fact that he had riches to give would have been grand in my sight. Our move to California put a huge strain on our fixed finances. We sold our house in Dallas and plunged nearly all the proceeds of that sale into where we live now. However, part of living here is to provide a monthly payment for the privilege of our lives in a quite lovely tiny house, on the property of a larger house, now occupied by our son, who is divorced from his wife. They share custody of our two granddaughters, and are handling the situation quite well as far as we can tell. But the mortgage is large, as are the taxes and insurance, and our monthly money is crucial to make it all work. Thus, money is much on my mind as we navigate the retired world on an income quite a bit smaller than we had while we were both employed.

No, this is not a “go-fund-me” essay, you will be very glad to know! We are far from joining the enormous and swelling homeless population of LA, as terrible as that tragedy certainly is. But we must be careful with our money, more careful than I had hoped when we were living in Dallas. Of course, again, this is a first-world concern. My upcoming cataract surgeries, along with my wife’s ongoing health issues, will be substantially covered by our quite good insurance policies. And we do have enough to handle our daily expenses, and even have a small sum in our savings account. But my worry about money has more to do with the future—will we continue to be able to have enough? How will we live if we do not? What can we do to get some more? These questions and partners to them roll around in my overactive brain in the dark of the night, and I have a whale of a time shutting them off. What is a worrier to do?

Perhaps Ps.94 can help. The ancient psalmist said, “When I thought my foot was slipping, your unbreakable love, YHWH, lifted me up. When vast are the cares of my thinking, your restfulness cheers my life” (Ps.94:18-19). That marvelous Hebrew word chesed, read as “steadfast love” in the NRSV, has long been one of my favorite biblical words. It was among the very first words in that language than I learned some 50 years ago. YHWH offers us a love that simply cannot be broken, no matter what we do, no matter what we say. It is in a way a sort of summary of what Paul tried to say about the love of God in his fabulous Romans 8:31-39, that love will persist no matter what.

However, does that mean I can now put aside my worry in the deep bath of God’s unbreakable love for me and for the creation? I doubt it. I imagine that my early mornings will still be plagued by worries, doubts that we have enough, can do enough, can live in ways we would like to live. But I do know that underneath all of those worries rests the unsurpassable love of God, and when my foot slips, as it does all too often, that love will lift me up, and when my cares become vast and overwhelming, God’s gift of rest will offer me cheer. Perhaps Jesus knew Ps.94 when he urged his followers not to worry. Instead of striving for a workable printer or the next big sport’s event, or wondering where the next dollar may float down from, perhaps I could “seek God’s rule in the world” (Luke 12:31), while these other things may find their rightful place, too. Oh, I will still worry, I imagine, but if I can just stay my worry long enough to encounter again the chesed of YHWH, a blessed sleep may come and an awakening after sleep that will lead to the work of and for God’s rule in the creation. 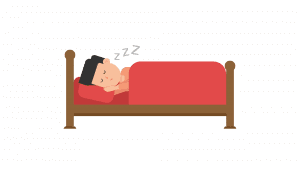