The Peripatetic Preacher Jesus Messiah in the Time of the Virus

The Peripatetic Preacher Jesus Messiah in the Time of the Virus May 15, 2020 John C Holbert 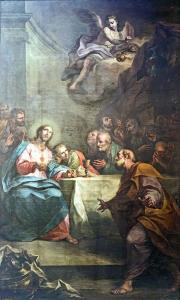 I doubt there is more confusion and complexity in any Christian doctrinal understanding than may be found in the question of the nature and person of Jesus Christ. On one side there is the simple, loving peasant preacher of first-century Palestine, inviting all who would listen into his fresh way of conceiving the rule and realm of God. It remains nearly inconceivable that such a figure could act and speak in ways that would cause him to be killed by the Roman authorities. That very fact led other believers to picture Jesus as the radical reformer who challenged quite openly the ruling powers of his day, confronting the multiple hierarchies of Roman hegemony, class divisions, and gender inequalities among others, confrontations that inevitably led him to that Roman cross. Also, there is that portrait of Jesus Christ, the God-human, who came to save all people from their sin by giving himself up for them as an atoning sacrifice on the cross, and thus opening the way to eternal bliss for all who follow and believe aright in him. I, of course, radically simplify the vast array of pictures that this Palestinian wise man has engendered over the years of Christian belief and practice. It is highly likely that your own portrait may or may not be found among the three that I have sketched here.

I think it fair to say that none of these three common modern depictions of Jesus was very interesting or much discussed until the rise of Protestant Christologies (the technical name for theological speculation about Jesus) in the 18th century CE. Prior to that time, over the long stretches of Christian expansion throughout the world, more philosophical thinking was employed in the attempt to determine for the church who Jesus was and is. That story is multi-layered, almost comic in its complexities, twists and turns. I can only describe a tiny piece of that story, and only in the barest of outlines. Yet, it is important to understand, however minimally, this story, because it leads to the above possibilities that may be more familiar to us today.

Though there may be no specified doctrine of the incarnation in the New Testament, that belief that Jesus was in reality the manifestation of God in human flesh, there are certain symbols drawn from various texts that pointed early theologians in that philosophical direction. Surely, that amazing reflection, perhaps quoted by the apostle Paul in his letter to the Philippian church from some earlier Christian poem, in Phil. 2:5- 11, that focused its poetry on a Jesus who “emptied himself, taking the form of a slave,” set the theological juices flowing in the direction of wondering if this Jesus were in fact far more than a human being, but was somehow uniquely related to God, or was really God in human flesh. And obviously, John’s Gospel provided ample material for further speculations with its description of Jesus as “The Word,” that existed before all time, since that Word was God. It did not take early theologians long to start speculations about the nature of Jesus in earnest.

However, these early theologians were faced with various kinds of difficulties within which they tried to do their work. They by necessity formed their opinions in a vast Roman Empire, a widely spread series of cultures that included multiple languages, the primary two of which were Latin and Greek. It may have been true that Latin was spoken in the center of empire in what became Italy, but Greek was the lingua franca, along with the long history of Greek philosophy. Thus, in the very nature of linguistic diversity, it was extremely difficult to achieve any sort of agreement about precisely what the speculations about Jesus actually meant. Added to that language problem was the deep jealousy between the philosophical school of Alexandria and Antioch that made common terminology nearly impossible to discover and employ. And since Greek modes of thinking ruled the day, the Platonic school was nearly supreme, yet its Greek did not always easily translate into an equivalent Latin. In short, for the first three centuries of thinking about Jesus, there was little agreement concerning what the issues were!

It was not until the first great church council at Nicea in 325CE, after the Empire had become officially Christian, that serious explorations were made concerning the relationships between Christ and humanity and Christ and God. The famous Nicean creed was an early attempt to come to some agreements about those contested questions. However, between Nicea and the Chalcedonian council of 451CE, more fixed creedal lines were drawn. The issues were driven by the felt need to avoid two different ideas, both of which were eventually judged heretical. The first was the so-called Monophysite belief that there was only one dominant nature in Jesus, and that nature was purely divine. That belief was seen to deny his essential human nature. The second heresy was known eventually as Monothelitism, the belief that the acts of Jesus Christ should be viewed as an expression of one divine-human will instead of two (a divine and a human will). This view tended, it was determined, again to downplay the human nature of Jesus. There were other attempts to clarify all this, but multiple beliefs were bound to spread, and they certainly did, leading to a sharp split between the eastern and western churches that eventuated in two very different ways of expressing Christianity.

Such speculations concerning the possible ways that Jesus was both human and divine at the same time led through the centuries to numbers of divisions in the church, leading to an increasingly narrow construal of the problem that sounded like “angels dancing on the head of pins,” that ancient notion of absurd theological hair-splitting. That theological dance has hardly ended among theological scholars, but the attention of the church after the Reformation turned away from such niceties of speculation and toward attempts to think about the nature of Jesus in new ways.

The Reformers (Luther, Calvin, etc.) did not challenge the ancient creeds and knew well the long struggles that had occurred to come to the many conclusions that their theological predecessors had claimed, but they were more interested in the benefits of faith in Christ and showed far less interest in speculations about the two natures notion and similar conjectures. The important thing about Jesus, they said, was that in his life, death, and resurrection, God was revealed to us as both gracious and merciful, and because of that fact, earlier speculations lost interest for them.

This turn to the question of faith led directly to very different sorts of conceptualizations. For example, both Schleiermacher (1768-1834) and Ritschl (l822- 1889), representatives of a liberal Protestantism, said quite directly that the graciousness of God and the question of faith were only obscured by the traditional notions of the metaphysical ideas concerning the identity of Jesus as God and human. Ritschl demanded 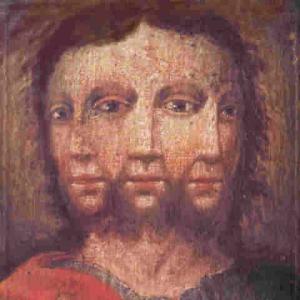 a complete break from the speculative language of the Greeks. To say Jesus was divine, he said, was hardly an objective statement, but rather a value judgment that in reality announces that one has found the rule of God through Jesus and his preaching. This implies that all traditional language about the being of Jesus is hardly sacred but may in fact hinder a true conception of the Gospel and should thus be avoided. That liberal viewpoint leads us directly back to the first paragraph of this essay.

As a liberal Protestant, I agree that philosophical notions about the being of Jesus, however fun the language games may be, are not for me the entrée into the meaning of Jesus for my life, especially during the strangling and deadly pandemic of 2020. For me, Jesus Messiah, Jesus, the Anointed One of God, is both the loving, challenging, inclusive, demanding preacher of first-century Palestine who calls all who will listen to a world characterized by the rule of God, a world of justice and equity for all, known for righteousness in human affairs, and shalom, unity, for all God’s creatures, human, plant, and animal. Looking into the face of Jesus is at the same time looking into the face of God, though further guesswork concerning his being or nature are not to me significant pursuits. That is the Jesus I try, however poorly, however intermittently, to follow and emulate. It is that Jesus I need now in the time of COVID-19.

May 14, 2020
The Peripatetic Preacher God in the Time of the Virus
Next Post