This week I had another birthday, making me 74 years old. I have now lived longer than my father, who died at 73, but not nearly as long as my mother who lived to be 92. I also have three living brothers, younger twins at 68, and an older sibling, nearing 79. When it was thought that genes had the most to do with one’s prospective age—and it still plays some important roles, we are told—my quite aged grandparents, one 96, another 98, in addition to several long-lived aunts and uncles, suggested that I still have a decade or maybe two to go. Hardly a guarantee, but a real possibility. As usual in these essays, I turn to the Bible to see what wisdom it offers to those of us moving into old age, or whatever it is we are supposed to call this state in the middle of my 8th decade on the planet.

Here is a quick summary of the Bible’s ancient teaching: old age certainly indicates far more than divine blessing, though certain texts do suggest just that. Leviticus 19:32, perhaps written by an aging priest, says, “You shall rise before the aged and defer to the old, and you shall fear your God.” This admonition is tucked between two rather better known demands; vs.31 warns against any consultations with mediums and wizards, while vss.33-34 provide that beautiful request “not to oppress the immigrant,” in fact “to love the immigrant as you love yourself.” I ought to say, I suppose, that I do not expect anyone to rise when I enter a room, nor necessarily to defer to me, though I would welcome being listened to whenever I might have something listenable to say. Any number of other texts extoll the gift of old age as indeed divine.

On the other hand, growing old also describes a transition to a weakened social and physical condition that requires respect and protection to compensate for the accompanying losses of mental acumen and physical mobility. There is abundant evidence that aged persons not only require special considerations as they age, but also are themselves symbols of the moral direction of any society. Here the widow becomes the archetype of the dangers and societal requirements toward its aging members. A widow in the ancient world represents perhaps the most traumatic example of one who is helpless and yet is said to be worthy of support from the community. Without any male kinsman, or any sympathy from a godly leader, or miraculous aid from God, widows had little hope in ancient Israel (1 Kings 17:9-24; 2 Kings 4:1-7; Ruth, though in that superb tale it is the woman Ruth who plays the central role as savior of her mother-in-law Naomi). It could be said that the “reproach of widowhood,” that is the refusal to pay attention to their particular weaknesses and vulnerabilities, was synonymous with the suffering and loss, occasioned by a lonely old age (Is.54:4; Lam.1:1, 5:3-4; Rev.18:7).

Thus, we might conclude that the Bible well knows that old age is both a blessing from God and a test of the community to care for those who are advancing in years. I certainly feel blessed to have lived these 74 years. But I am privileged to feel blessed, because my health is good, my wife of nearly 51 years is herself still healthy and a delightful and supportive life partner. In addition, we live on the same property with our son, and see and interact with his two children, our two grandchildren, every week. Our daughter lives only 15 minutes from us, so we may see her and her husband regularly, too. Why would I not feel blessed in these delightful circumstances? 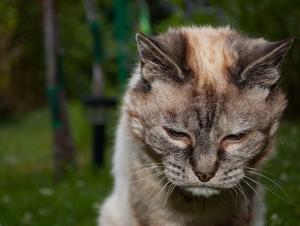 Still, I know that harder, less pleasant, days are surely ahead. I will not avoid all the challenges of advancing age, though I can hardly know precisely what those will be. Serious illness? Hospital stays? Loss of mobility? Loss of senses? Each and all of these may occur. The Bible well catalogues the various stages of human life. For example, Jer.6:11, in the midst of a diatribe against Judah due to their refusal to follow the ways of YHWH, lists what might be called the five stages of life: “children in the street, groups of young men (and women), husband and wife, old folk, and the very aged.” Only a few persons will ever reach that latter category, the very aged. A look at the list of 14 kings of Israel/Judah from the time of David suggests a rather clearer picture of the life span one might expect in ancient Israel, from 926BCE (David’s death year) to 597BCE, the year of the first exile to Babylon. The death ages of those kings varies between 66 years (Manasseh) and 21(Ahaziah), the average being 44. Obviously, premature deaths and assassinations account for some of these, but the kings, privileged by superior diet and medical care, did not live 70 or 80 years, as opposed to the claims of Ps. 90:10. Outside of the stories about the patriarchs in Genesis, only Moses (120 years), Joshua (110 years), Job (140 years), and the high priest Jehoiada (130 years, according to 2 Chron. 24:15) are said to surpass 100. In fact, late in the tradition (Is.65:20) it is said that only in the coming kingdom of God will humans attain 100 years. It could be said that transitions to old age in ancient Israel began even earlier than 65 years. In 2020, among the very fastest growing groups are those who do reach 100 years; I doubt this means we are living in God’s golden age, however.

Two texts that describe aging in very different ways should be noted. In the long saga of King David, it is recounted that the king, through lack of attention to the daily work of the kingdom, is deposed from the throne by his ambitious and ruthless son, Absalom. While fleeing for his life, David is aided by a wealthy man named Barzillai, from Gilead, a territory east of the Jordan River. The man supplies David’s retinue with a large cache of food and utensils, enabling his survival in the wilderness. After David is able to revive his fortunes and defeat his son in battle, the worthy Barzillai meets the now triumphant king at the River Jordan to join his march back to Jerusalem. David well remembers how the old man (80 years old) sustained him, and offers to bring him back to the royal palace “to provide for you in Jerusalem at my side” (2 Sam.19:33). But Barzillai will not go. “How many years do I still have to live, that I should go up with the king to Jerusalem? Today I am 80 years old; can I discern what is pleasant and what is not? Can your servant taste what he eats and what he drinks? Can I hear the voices of singing men and women?” 80 years is thus here described as extreme old age; though the man remains vital enough in certain respects, his senses are dulled. A life of palace luxury has little meaning for Barzillai. He tells the king he would far rather die “in my own town, near the graves of my father and mother” (2 Sam.19:37). Here is an old man who has his priorities straight, choosing family and familiarity over luxuries and ease. I have long found Barzillai the Gileadite a fine model for my advancing years.

On the other hand, that cynical author of a later Israelite time, Ecclesiates or Koheleth in Hebrew, offers a far darker view of advanced old age. In his chapter 12, he gives to us an unforgettable allegory of aging and dying. “Remember your creator in your younger days, before the days of trouble come, when those years draw near when you will say, ‘I have no pleasure in them.’ Before sun, moon, and stars are darkened (blindness), and clouds return with rain (extreme exposure to elements); those days when the guards of the house tremble (palsy of the hands?), strong men are bent (the stoop of old age), and those who grind cease working for they are few (the loss of teeth), those who look through the window see but dimly (the filth of poor cleaning?), when the doors to the street are shut (cannot anymore venture outdoors), and the sound of grinding is low (loss of hearing), yet one rises up at the sound of a bird (poor and limited sleep), and all the daughters of song are brought low (a combination of multiple sense loss); when one is afraid of heights, and terrors are in the road (general fears of moving into the world); when the almond tree blossoms ( hair grows white), and the grasshopper drags itself along (increasingly slow movements), and desire fails (all manner of desires, sexual plus food and drink). All must go to their eternal home (Sheol), while the mourners go about the streets. Before the silver cord is snapped (the spine) and the golden bowl is broken (the skull), the pitcher broken at the fountain, the wheel broken at the cistern (general physical collapse); and the dust returns to the earth as it was, and the breath returns to God who gave it. A perfect emptiness, says Koheleth, all is empty.”

I much prefer the acceptance and choices of Barzillai, don’t you? Yet, aging is staring me in the face now, and I hope to get my chance to confront it head on. As many have said before, “The alternative to aging is not a good one,” yet it must be said that there are certainly many things worse than death for those who suffer horrifying and debilitating disease in their old age. I am not there yet, so I am now very glad to move into an advancing old age with hope and joy, trusting my God and my family to be with me as my years pile up. Many others have also said, “Aging ain’t for sissies,” and that too may certainly be true. But for now I will take it. 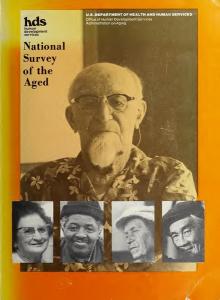 July 7, 2020
The Peripatetic Preacher Gaslighting and Responsibility in the Garden
Next Post

Things Christians Think and Do Not...
Honest to God
Related posts from The Peripatetic Preacher